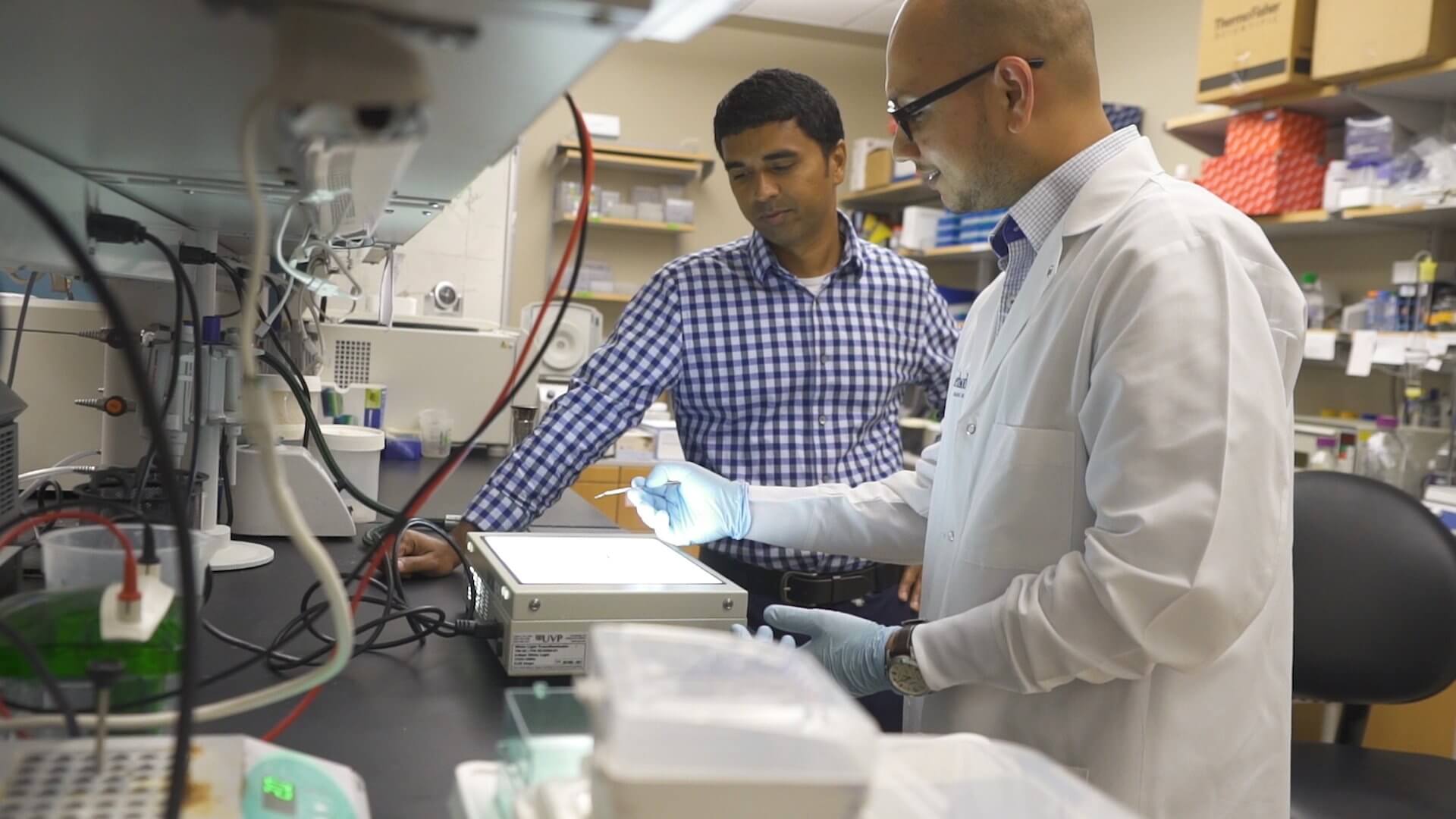 Researchers at Houston Methodist have solved a 100-year-old mystery, providing them a possible key to unlock a pathway for treating diseases caused by flesh-eating bacteria. This is timely news, given the current dangers lurking in the debris and destruction left behind by Hurricane Harvey’s floodwaters that destroyed tens of thousands of homes in Texas.

Muthiah Kumaraswami, Ph.D., an infectious diseases researcher at the Houston Methodist Research Institute, is the corresponding author and principal investigator on an article describing his team’s findings. The paper will appear the week of Sept. 18 in the early edition of the Proceedings of the National Academy of Sciences (PNAS), one of the world’s most cited and comprehensive multidisciplinary scientific journals.

“Group A streptococcus infections are pretty widespread. Not only do they cause several million cases of strep throat every year, but also can lead to more severe infections, such as flesh-eating disease and acute rheumatic heart disease,” Kumaraswami said. “If you don’t treat strep throat in children, for instance, recurring infections can lead to those more serious diseases and are very difficult to treat. We don’t have a vaccine, so basic research is geared toward finding targets for vaccine development.”

In this paper, Kumaraswami said he and his team found a critical target on which to focus for developing a potential Group A Streptococcus vaccine or antibiotic to fight it. By manipulating this target, they hope to either reduce the severity of these infections or clear them up faster.

They discovered a peptide secreted by the bacteria that signals its neighbors to produce a toxin called streptococcal pyrogenic exotoxin B (SpeB). The production of SpeB is critical for the development of necrotizing fasciitis, better known as flesh-eating disease. Blocking production of that toxin will be crucial for disease prevention and treatment.

“Researchers have known for more than 100 years that Group A strep uses the toxin SpeB and that it is crucial to disease development,” Kumaraswami said. “We did not know, however, what signals the timely production of SpeB by Group A streptococcus. Now that we have discovered how Group A strep bacteria communicate with each other to coordinate the production of this toxin, we can target the signaling pathway for vaccine and antimicrobial development.”

Kumaraswami says that bacteria talking to each other and producing toxins is not that new. Their communication codes have been characterized for a long time, so researchers know a lot of the classic features in these signals. What’s different in what his team discovered is the nature of the language. The Group A streptococcus communication signal they found lacks a majority of those classic hallmarks.

“Typically, the signal is quite long and has a number of characteristic features,” Kumaraswami said. “The signal we found is compact and doesn’t have many of what we traditionally see in other bacterial peptides, which is probably what contributed to the difficulties in finding it for such a long time. There could be similar atypical signals in other bacteria that have been overlooked, as well, so we believe the discovery of this peptide will likely facilitate discovering additional bacterial peptide signals in other pathogens.”

Moving forward, there are several different avenues researchers could take in targeting this peptide signal for either antibiotic or vaccine development. They can develop antibodies to target it or a competing peptide to jam the communication path, which would allow them to block toxin production and reduce disease severity. The second approach involves triggering the toxin production at the early stage where the toxin level would be minimal. Then, the host’s immune response would be triggered and clear the bacterial infection much earlier.

Other researchers collaborating with Kumaraswami on this paper were Randall J. Olsen, James M. Musser, Hackwon Do, Nishanth Makthal and Arica R. VanderWal with the Houston Methodist Research Institute; Mandy Rettel and Mikhail M. Savitski with the Genome Biology Unit of the European Molecular Biology Laboratory in Germany; and Nikolai Peschek and Kai Papenfort with the Ludwig-Maximilians-University of Munich.

The work was supported by grants from the National Institutes of Health (1R01AI109096-01A1), Deutsche Forschungsgemeinschaft (Exc114-2) and Fondren Foundation.