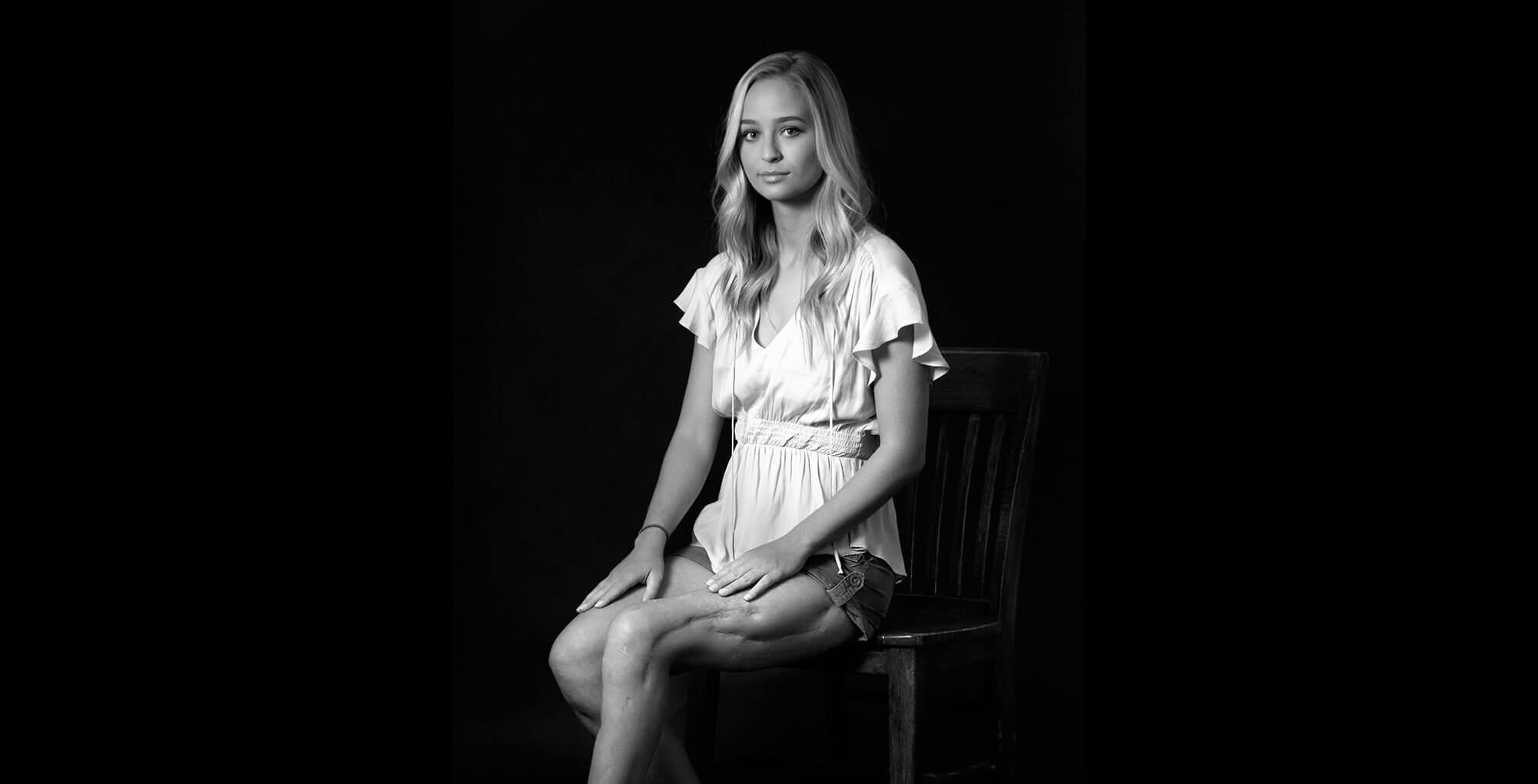 Jacy Jordan danced and leaped her way through childhood. Trained in several dance disciplines and gymnastics, Jordan was in her element whenever she was in motion.

But a horrific car accident 13 years ago threatened to take it all away from her.

On Oct. 2, 2004, her mother was driving them home from the Pasadena Livestock Show & Rodeo, where Jordan, then 7, was named Miss Pasadena Rodeo. A car in the next lane suddenly merged in front of them, forcing her mother to swerve violently out of the way. The car flipped four times, throwing Jordan out of the vehicle.

The accident broke Jordan’s left leg in two places. The skin on her leg was completely scraped away, from her hip down to her toes. Jordan was rushed to Ben Taub Hospital, where doctors told her mother she might not make it through the night. The damage to her leg was extensive and there was a chance they would have to amputate. If they did, it would mean hindering her ability to do what she loved: dance. Thankfully, doctors were able to salvage her leg. After more than 20 surgeries and eight pins, Jordan had reason to hope again.

She underwent intense physical therapy five times a week and eventually regained the use of her left leg. She began walking and dancing again, while the extensive scarring remained a constant reminder of her strength and resilience.

Jordan, who spent most of her childhood competing in pageants, said her scar has redefined her perception of beauty.

“In beauty pageants, it was all about what you wore and how you looked on the outside,” she said. “But now I think that beauty is all about what’s on the inside and how you see yourself and being confident despite whatever happens to you—whether it leaves you physically, emotionally or mentally scarred.”

After the accident, Jordan continued to train in dance and gymnastics. For two years, she wore a bandage around her leg during practice to hide her scar. But one day, she decided to accept her leg, flaws and all. It was who she was and there was nothing she could do to change it.

“It’s learning to love yourself, being okay with people staring and looking at you in public, and just knowing that your scars are what make you unique,” she said. “There’s literally no one else that has the same exact scar as you do.”

Now a sophomore majoring in biology at The University of Texas at Dallas, Jordan said she was inspired by the care she received at Ben Taub and is determined to pursue a career in medicine in hopes of one day helping others the way the doctors helped her.

“I think it’s amazing how they were able to change my life so much,” she said. “I’m just really thankful for that. If I could do that for someone else, that would be everything to me.”