Giving the Heart a Rest

Giving the Heart a Rest 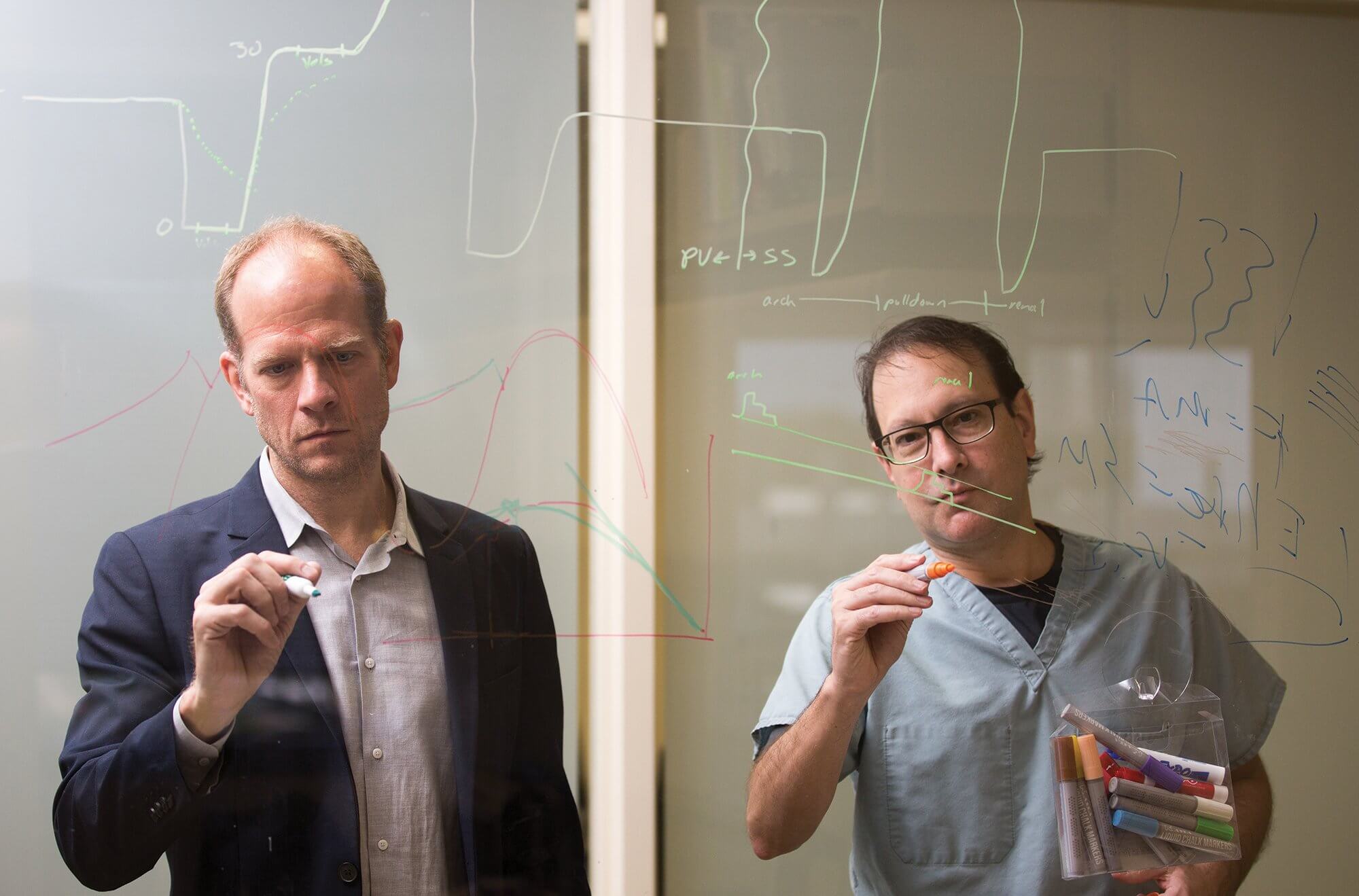 An entrepreneur, an engineer and a doctor walked into a lab more than four years ago and created a medical device that could help millions of heart failure patients who cannot be helped by medication alone.

Aortix is a catheter-deployed heart pump that provides circulatory support without surgery. Procyrion, the company born in the Texas Medical Center that created Aortix, recently completed a successful trial of the device in six humans who were receiving stents.

The pump was implanted successfully in patients for a few days to reduce the workload of the heart.

About three inches long and thinner than a No. 2 pencil, the pump can move approximately as much blood as a native heart—about six liters per minute, according to Benjamin Hertzog, Ph.D., president and CEO of Procyrion.

“Originally, bypass surgery was the only way to treat coronary disease, then stents came along, followed by cardiologists and cath labs,” Delgado said. “Instead of replacing the valve by opening the chest and putting the patients on a heart-lung machine, now you can do it with transcatheter aortic valve replacement and a cath lab.”

Delgado’s idea was to place a small pump in the body, downstream of the heart, so it would not interfere with the failing heart and would also reduce some of the work pumping blood that the failing heart was struggling to do.

The Aortix pump takes about 10 minutes to implant into the descending thoracic aorta through the femoral artery in the groin. When in place, little anchors that look like slim, metal fingers spring out and hold the device in the aorta.

“There is an impeller in there that spins, so it pumps blood in from the top, and out of the bottom,” Hertzog said. “The blood comes out in these little high-velocity jets pointed downstream, and it’s those little jets that transfer energy to the native blood. So, it’s like the lazy river you take your kids to—that whole body of water is moved by these little bitty jets of water on the side.”

Moving the blood in this manner is known as fluid entrainment, a process also used in industries such as fracking. Aortix represents the first time this process has been applied to the human body, Delgado said.

‘We will decrease the need for transplants’

Heart failure is a progressive disease, which means that people experience different levels of failure. There are 6 million people in the U.S. with heart failure, Hertzog said, but few transplants are done because few organs are available. And transplants are risky and expensive. A heart transplant and one year of care can cost close to $1 million per patient, according to some estimates.

That’s why left ventricular assist devices (LVADs) and heart pumps, some of which were invented in the medical center, are being utilized. But implanting these devices is invasive surgery, Hertzog said, and reserved for those who are the sickest, because it is also risky and expensive—more than $700,000 for implantation and therapy, according to studies.

Procyrion is going after 2 million of the 6 million patients with heart disease—those who need more than medication to treat their heart problems yet are not sick enough to need LVAD surgery.

Procyrion’s plan isn’t to replace the LVAD and BiVACOR artificial heart, which Delgado’s boss at the Texas Heart Institute, O.H. “Bud” Frazier, M.D., is refining, but instead to expand heart care into a different area.

“We will decrease the need for transplants, and that’s good because there are only 2,000 donors available yearly,” Delgado said.

Aortix is designed to do some of the work the heart would normally do.

Patients with heart failure typically end up in the hospital, short of breath and retaining fluid. That’s because when the heart weakens, the kidneys don’t get enough blood to do the job they need to do. The fluid weeps into the lungs and leaves patients unable to breathe, Hertzog said.

During the human trials for Aortix, patients were fitted with the pump, while undergoing a percutaneous coronary intervention—having a stent inserted to open up blood vessels in the heart. Aortix was put in first, reducing the workload of the heart, then the stent was put in and Aortix removed a few days later.

“Our pump was in periprocedurally, while they were placing the stent, and we had a perfect safety record,” Hertzog said. “All the patients did great. We were able to show that we reduced the workload of the heart, we increased blood flow and we got the kidneys working in these patients.”

Procyrion’s next steps include performing trials in patients with acutely decompensated heart failure; Aortix would be left in for up to seven days. Hertzog expects that to begin next year. If the trial goes well, a following trial is expected to move Aortix toward U.S. Food and Drug Administration approval, a pivotal step for mainstream use of the product.

Procyrion recently kicked off its third round of funding and is looking to raise $25 million to carry the company through its first approval. There is interest in what Procyrion is doing, Hertzog said, and Aortix has already gained attention from a major medical device company.

“When we put this device in, it does some of the workload that the heart would have to do otherwise,” he said. “The heart gets to rest. It gets stronger and then we imagine taking this out, and hopefully, it would change the trajectory of the disease for that patient. Hopefully, they never need a device again. They never need a transplant.”