A Different Approach to the Heart

A Different Approach to the Heart 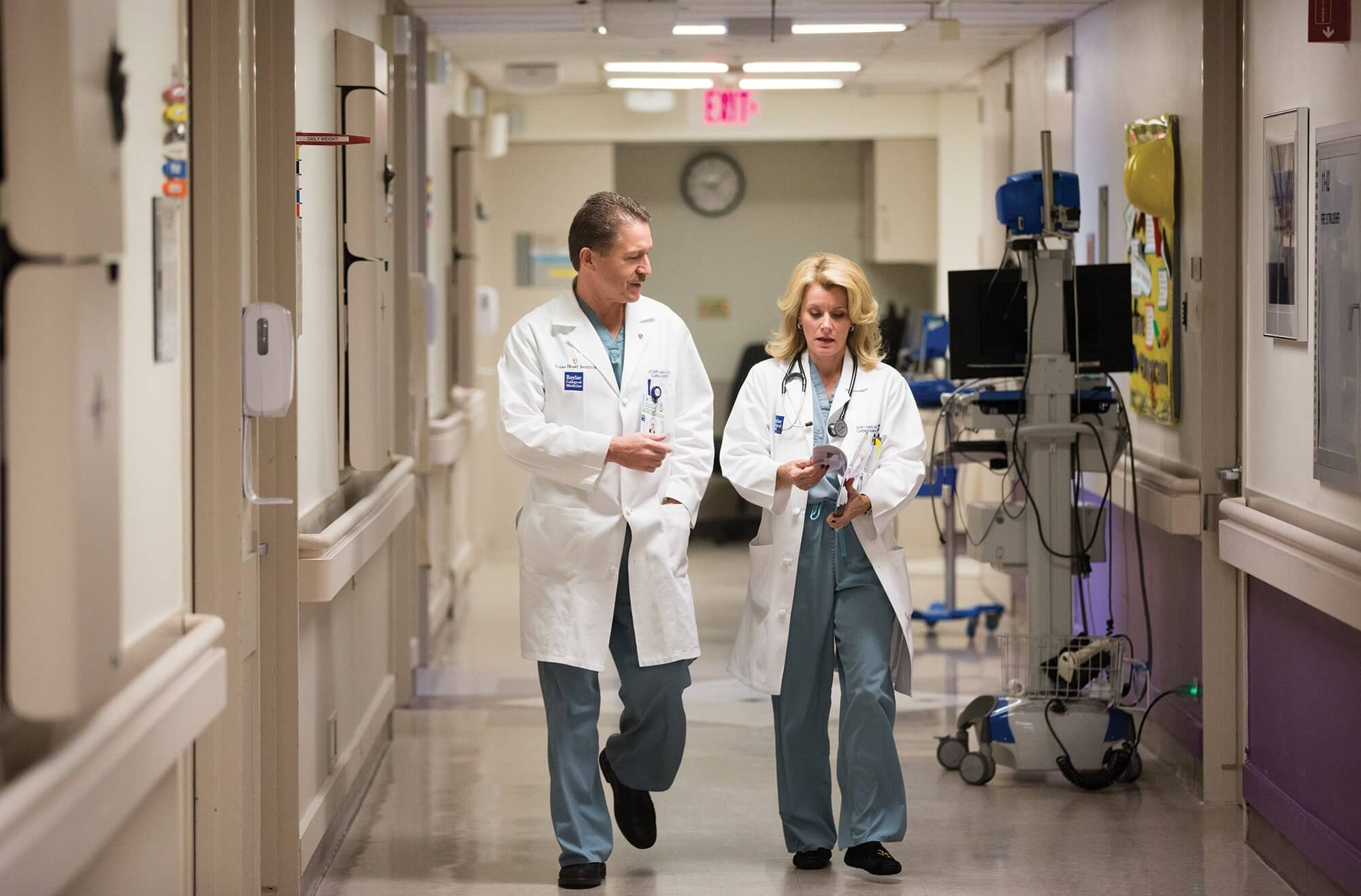 Joseph Lamelas, M.D., has pioneered an advanced form of minimally invasive cardiac surgery. Born in Cuba and raised in Florida and New York, Lamelas joined Baylor College of Medicine as associate chief of cardiac surgery in the division of cardiothoracic surgery in January.

Q | You are known for developing a minimally invasive heart surgery and for teaching hundreds of physicians this new technique. When did you realize a need for this type of surgery?

A | At the beginning of 2004, it came to me that I needed to do something to differentiate myself and also to tap into all of the new advances in the field of cardiology. I figured I needed to do surgery a different way. I started working on this new technique, a minimally invasive approach. I went around to see a few people who were doing it at that time and then I evolved the technique. What’s nice about it is that it can be applied to all subsets of patients. No matter the risk category or a patient’s age, just about everyone is a candidate. It developed to a point that I saw the necessity to create new instruments to be able to do this operation. That led to me going around to all the big companies, but none of them listened, so I developed my own company called Miami Instruments.

Q | For you, what is the specific allure of heart surgery?

A | My uncle is a physician and I got to go into the operating room early on, and that piqued my interest in surgery. It is one of the few specialties where you actually do something to the patient and you see an immediate result. Cardiac surgery patients are pretty spectacular because they are very sick, you do a big operation on them, and then the next day they are sitting up.
Cardiac surgery is also very dynamic. It is a specialty that always has a lot of innovation. When you think about it, the other organs in the body are pretty static. But with the heart, you have to think about it three-dimensionally. It’s not just science, but an art.

Q | What do you remember about your early years in Cuba?

A | I don’t remember any of my time in Cuba; all I know are stories from my parents. I was born in Cuba in 1960. At the beginning of 1963, after the Cuban Missile Crisis and Fidel Castro taking over, my family fled. My two grandmothers, my mother, my father, my older brother and I came to Miami, and we had to start from scratch.

Q | How did your family get out of Cuba?

A | Pan American had planes leaving. I know because when my mother gave me my passport, in the back there were a bunch of papers and there was a Pan Am airline ticket dated January 1963. My father scrambled around to get tickets on the last plane leaving Cuba, but when we got there, the airport was closed. So he gave his home away to a communist couple and they were able to get us tickets on one of three Red Cross boats leaving Cuba that were bringing survivors of the Bay of Pigs back to the U.S. We landed in Ft. Lauderdale and when we got off the boat, there was a band playing to welcome back the soldiers.

Q | What was your life like after arriving in the U.S.?

A | I remember for Christmas when I was growing up, you could buy packages of little green soldiers. My parents would buy those and divide them up because there was no money. We were living in very rough times, three or four families in one home. Someone picked up a sofa from the street and my grandma knew how to reupholster it. My younger brother slept in a cabinet after he was born because we didn’t have enough money to buy a crib. But my father always emphasized that it was important to have an edu- cation. They can take everything away from you, like they did in Cuba, but they can’t take your education. So he was instrumental in making sure we all had careers. I grew up in West Palm Beach and New York. We moved up there because at the time, there was more of an opportunity for jobs. We lived there for 14 years and then moved back to West Palm Beach.

Q | Where did you go to medical school?

A | I went to medical school in the Dominican Republic because my parents couldn’t afford to send me to school in the U.S. I did my training for general surgery at The Brooklyn Hospital Center and my cardiac surgery training at the State University of New York Health Science Center at Brooklyn. I spent seven years there and then moved back to Miami, thinking it was a great opportunity because of my Cuban heritage and being fluent in Spanish and English. I joined a group for a year and then I went out on my own and, for my first 18 years in practice, I went between seven hospitals and built my group. In 2008, I was offered the position as chief of cardiac surgery at Mount Sinai Medical Center in Miami Beach. The hospital was not doing well at the time. Their cardiac surgeons all left, so they made an offer for my group and myself to go there. We built the program up. Now they are building a $350 million tower.

Q | What are the distinct skills you bring to the Texas Medical Center?

A | I have been in practice for 26 years. I’ve performed 14,000 cardiac operations and I’ve done over 5,000 minimally invasive operations. Dr. Todd Rosengart, professor and chair of Baylor’s department of surgery, offered me a position to come here as associate chief of cardiac surgery and help build the program and bring new ideas and unique skills. I’ve trained over 700 surgeons from around the world and I have done more of these operations than anyone in the world. These operations were all done with two-inch incisions on the side of the chest—the least traumatic way to approach and operate on the heart. We’ve seen patients recover a lot quicker from the procedure, the hospital stay is diminished and patients go back to a normal lifestyle very quickly. Young patients who are reluctant to have surgery because they don’t want the big scar down their chest accept this operation more than having their breastbone cut. The recovery rate after one of these minimally-invasive procedures is two weeks.

Q | You’ve been here for nine months now. How many surgeries are you performing each week?

A | I have been doing an average of eight surgeries per week. Not as busy as I was in Miami, but in a very short time it seems to be a good amount. I am always looking for more because I know my capacity and I like to have a more significant workload. We have a tremendous amount of resources at the medical center and here at St. Luke’s … and that is a big plus.

Q | Have patients in Houston been responding well to the minimally invasive technique?

A | The patients I am working with at St. Luke’s are coming from all over, many from outside of Houston and the state. These are patients that come looking for me, who heard about me on the internet from other physicians or other patients who have had a good result with this surgery.

Q | Your wife, Shay, is your nurse practitioner. How did you meet and how do you balance your professional and personal lives?

A | Where else? In the hospital. I spend my life in the hospital, so it is kind of hard to meet someone anywhere else. We have been working together for 20 years. It makes our relationship stronger because she understands what I do for a living; she’s never held me back. I taught her how to manage the patients after the surgery and what to look for before the surgery so she has been my eyes and ears. She thinks exactly the way I think and she knows the way I like things so it makes it even easier. I think it is a win-win situation.

Q | Do you think your daughter, Lily, 13, will follow in your footsteps and go into medicine?

A | She loves science, but I think you have to let kids decide what they want to do or else they won’t be happy in the future. There are not that many children of physicians who become physicians because they see the work their mother and father have to go through—they see it is very time-consuming and it’s a decision they need to make themselves. I don’t know if she fully understands what I do now, but one day she will.

Q | What are your thoughts on Fidel Castro and his influence on your homeland?

A | That’s a very touchy subject. Fidel Castro came in as the savior of Cuba and everyone thought he would make things better. Communism on paper is a utopian sort of government, but when it is practiced, it is totally the opposite. Castro killed a lot of people in Cuba, imprisoned a lot of people, took everything my family had. Now Castro has died, but his brother is still a pretty vicious dictator himself and the regime is not over. The sad thing is that Fidel Castro was never put on trial for what he did. Dying was probably the easy way out. My father passed away in 2001, but my mother is still alive and she tells me stories. We had a few homes in Cuba, several businesses, and we were pretty well off. But everything was taken away. Right now, imagine someone told you to empty your purse and then took you to Russia and dropped you off in Moscow. Let’s say you have kids and older parents to take care of. Where would you start? How would you start? When my father came to this country, he washed dishes, cleaned toilets, patched holes in golf courses, did whatever he could. For a man who had a lot of pride and several businesses his grandfather left him, it must have been hard to go from one life to the other. But he did it because he had to. My work ethic comes a lot from him. I was doing 700 cardiac operations a year before coming here. The average heart surgeon does 100 to 150 per year. Work has never bothered me because my father instilled that in me.

Q | What’s the current state of health care in Cuba?

A | Terrible. The Cuban surgeons that have come to visit me ask for aspirin and for heparin, which prevents the formation of blood clots. One came to watch me and I asked him how many surgeries he was doing and he said, ‘Well, we haven’t done one in a couple of months because we haven’t been able to get heparin.’ People die over there because the resources are not there.
When Cuba is a free country, I would love to go back and see where I was born. My father didn’t want to go back until it was a free Cuba, so I want to honor his wishes.