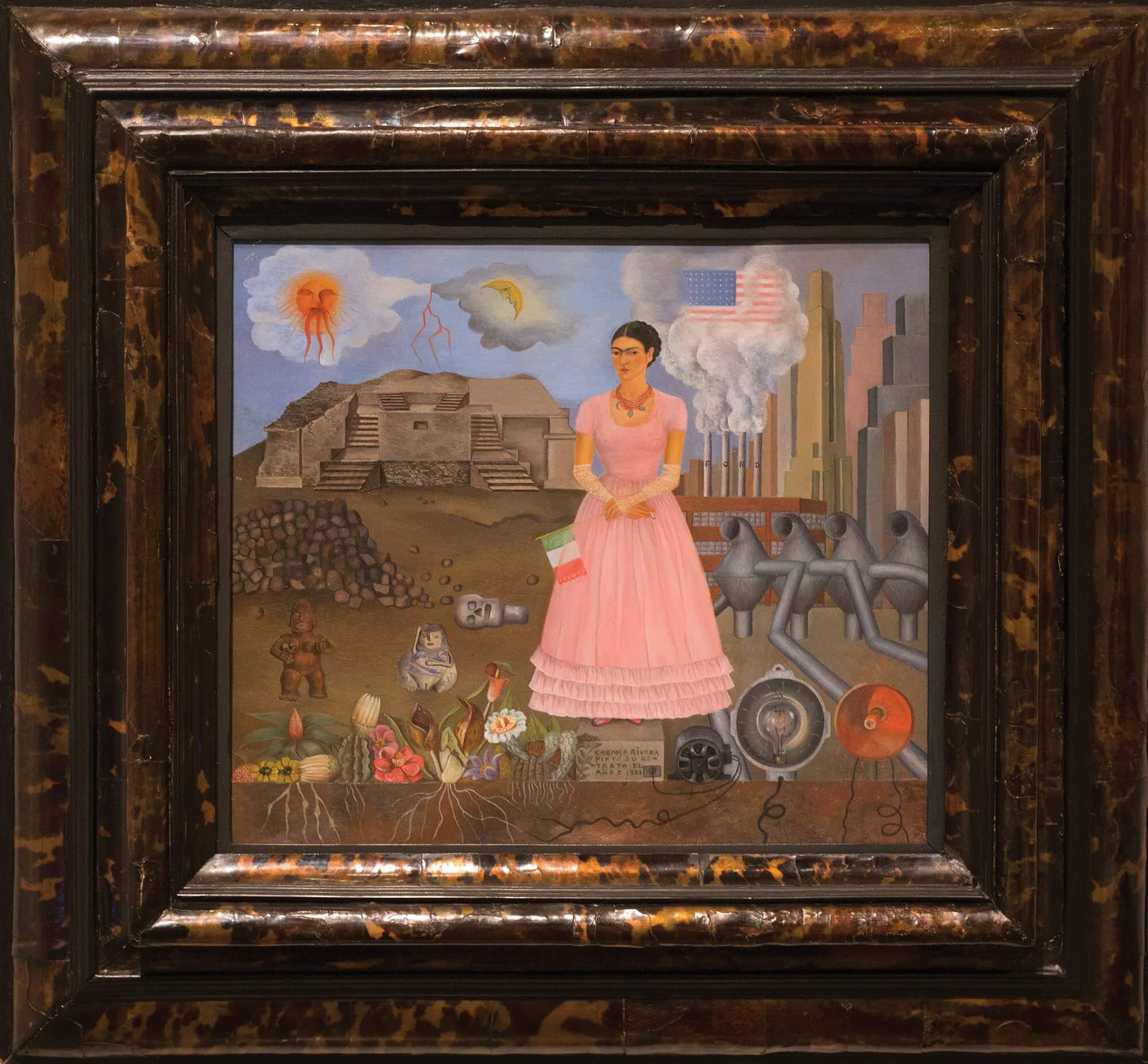 Known in Mexico as la heroína del dolor—the heroine of pain—artist Frida Kahlo was plagued by grave health issues for the majority of her short life.

A bus crash in Mexico City in 1925 left her with a broken pelvis, a broken spinal column, a shattered leg and foot and serious abdominal issues. Bedridden for two years during the healing process, she began to paint. In 1926 she completed her first self-portrait.

In the decades to come, Kahlo’s paintings incorporated Mexican history and folkloric traditions but also continued to reference personal experiences, including the bus accident, painful surgeries and miscarriages.

Some of Kahlo’s work, along with the work of many of her Mexican contemporaries, is currently on view in Paint the Revolution: Mexican Modernism, 1910-1950 at the Museum of Fine Arts Houston.

“This is one of the most important periods not only in Mexican art, but also in 20th-century art,” said Mari Carmen Ramirez, the Wortham Curator of Latin American Art at the MFAH and organizing curator of the exhibit. “The revolution of 1910 to 1917 really brought Mexico into the 20th century. Everything that we know about Mexico today goes back to that period, and the revolution put the artists at the top of the social pyramid and gave them a role to play in painting the new face of Mexico. This exhibit tells the story of that.”

The exhibit boasts three of Kahlo’s paintings, in addition to several works by her husband, Diego Rivera, and other Mexican artists, including José Clemente Orozco, David Alfaro Siqueiros and Rufino Tamayo.

“This exhibition is about representing the vernacular elements of Mexican culture,” Ramirez said. “It’s about what the revolution did-to bring attention upon Mexico as a nation, its culture and its traditions.”

Kahlo used art to respond to the world. After moving to Detroit with Rivera in 1932, she painted Self-Portrait on the Border Line between Mexico and the United States, which is part of the MFAH exhibit.

“She was very much divided,” Ramirez said. “She was not very happy about what she found in the states, and this is about her being on the border of these two worlds. She is representing Mexico with the pyramids and the pre-Columbian legacy and all of the things that tie her to her roots, versus the industrial United States that is colder and more anonymous.”

Another celebrated painting, The Suicide of Dorothy Hale, is also part of the exhibit.

“Dorothy was a writer and actress who committed suicide,” Ramirez said. “Her friend, Clare Boothe Luce, asked Frida Kahlo to make a commemorative painting in her honor. Frida got so involved with how the suicide took place that she ended up representing it—the act of suicide.”

Luce, then the publisher of Vanity Fair, was famously unhappy with Kahlo’s painting, hoping for something more celebratory.

The painting depicts Hale falling from a skyscraper in New York City to her death, which is, indeed, how the actress ended her life. Kahlo paints her descent in three stages, as white brush strokes at the top of her fall give way to oranges, reds and browns when she meets her death on the sidewalk. This work is painted in the manner and format of retablos or ex-votos—devotional paintings in Mexican folk art that depict dramatic events or dangerous situations.

Many of the paintings in the exhibit explore the relationship between life and death.

“The whole idea of death means something celebratory in Mexico,” Ramirez said. “It is part of the Catholic tradition. Death is seen as the passage of heaven, to a different life.”