A double lung transplant patient reflects on the journey that gave him a second chance at life. 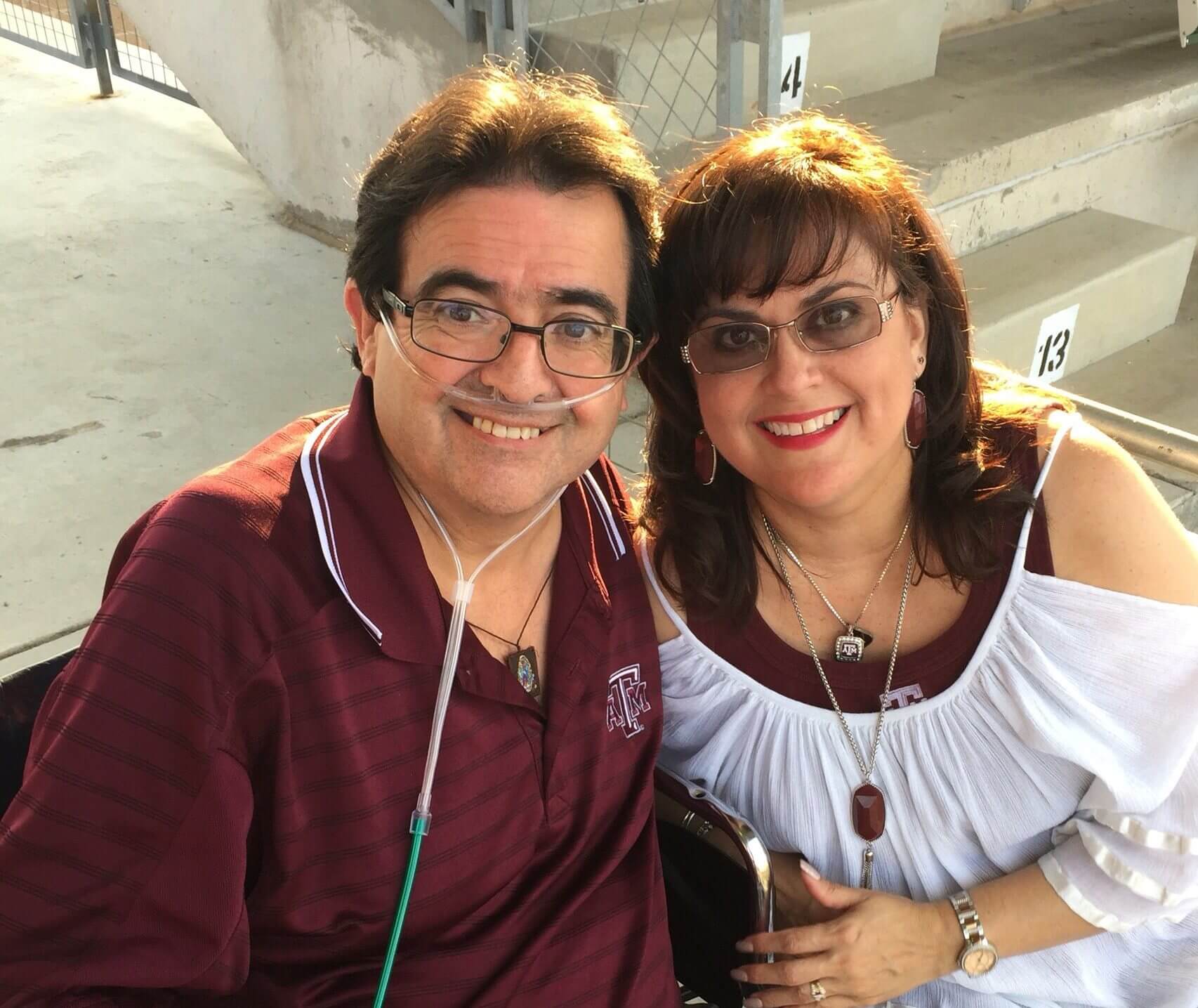 While enjoying a family vacation in Las Vegas in September 2010, Ciro Zamora suddenly began experiencing difficulty breathing. He admitted himself to a nearby hospital, where doctors diagnosed him pulmonary fibrosis, an incurable disease in which lung tissue becomes thick and scarred, preventing the flow of oxygen.

His doctor took an X-ray of his lungs to assess his condition. One of his lungs appeared white on the X-ray, while the other lung had a small black circle.

“No, that’s the only good part of your lung,” the doctor responded.

The pulmonary fibrosis had damaged nearly 75 percent of Zamora’s lungs, and he would need to be on oxygen for the rest of his life. On top of his failing lungs, Zamora suffered from polymyositis, a rare inflammatory disease that weakens the muscles, and had a weakened heart from an undiagnosed heart attack in 2000 that damaged a third of his heart.

Determined to fight his diagnosis, Zamora flew to the Mayo Clinic in Minnesota in 2011 to seek out treatment options. After a week of evaluations, doctors delivered the news: He would eventually need a double lung and heart transplant.

The idea of undergoing an organ transplant was daunting to the couple.

“We didn’t really have that conversation growing up in our hometown,” Zamora’s wife, Sylvia, said. “We didn’t have a clue. We came in blind. We don’t have organ donation even discussed where we’re from.”

Zamora was still able to walk, move around and drive a car with two liters of oxygen on hand. His condition remained stable for a few years and he began questioning whether or not he really needed to put his body—and his family—through the turmoil of a double lung transplant. But by January 2016, his health took a turn for the worse. His lungs were failing him and he needed 15 liters of oxygen just to survive.

“When that happened, I knew I only had months to live,” Zamora said. “I knew my time was limited. I needed to get transplanted quickly.”

In July 2016, Zamora and his wife moved to Houston to be closer to the Houston Methodist J.C. Walter Jr. Transplant Center, where doctors told him his heart could withstand a double lung transplant. Due to his quickly deteriorating condition and lung allocation score, he was placed at the top of the transplant waiting list on Aug. 5, 2016.

His health was rapidly declining, and so was his spirit. Zamora, who Sylvia referred to as “Mr. Social” because he was always the life of the party, became withdrawn and fell into a state of depression. He spent his days secluded in his room in Nora’s Home and refused to be around friends.

“It was real heart-breaking to see him that way,” Sylvia said. “That wasn’t him. All of these diseases he’s got … just changed him completely.”

While eating dinner at an Olive Garden with his family on Sept. 14, Zamora received a call from the hospital with some good news that immediately filled him with hope: They had a matching donor for him and could transplant right away.

The next day, Zamora underwent a successful double lung transplant.

“I was really ready to face that end part of our relationship,” Sylvia said. “But when all of this came to surface, I thought, ‘Gosh, what an opportunity to be given a few more years to enjoy life.’”

Nearly one year later, Zamora, now 58 years old, is on the tail end of his recovery. While his body has accepted the new organs, he continues to receive treatments for the ulcers in his esophagus from the procedure.

“I’ll take this over the condition I was in any day,” Zamora said. “Just being here today is huge for me.”

“I always tell people it’s so important to think about donating because I wouldn’t be here today if someone didn’t donate those lungs,” he added.

But the spiritual healing is just as important as the physical recovery. As Zamora slowly regained his health after the surgery, Sylvia began seeing glimpses of the man she knew and loved. Mr. Social had returned.

He would walk around Nora’s Home to meet all the patients and families, giving them words of encouragement and sharing experiences from his transplant journey.

“Being at Nora’s Home, being able to interact with other patients here and talking about the similarities we have has really helped us in so many ways, not just as a place to stay and live and manage our little trips to the medical center. It’s more than that,” Sylvia said. “It’s helped Ciro through his friendships he’s made here with the other patients who are going through the same process that he went through.”

Inspired by her husband and the patients and families she met at Nora’s Home, Sylvia said she is determined to help raise awareness in their hometown of Alice, Texas, about organ donation and the gift of life it has given her family.

“Yes, it is heartbreaking to know that, if you lose your life, your family is going to be totally distraught,” Sylvia said, “but to be able to say that a part of you is living in someone else’s body is exciting.”