How to Safely Enjoy the Aug. 21 Solar Eclipse

How to Safely Enjoy the Aug. 21 Solar Eclipse 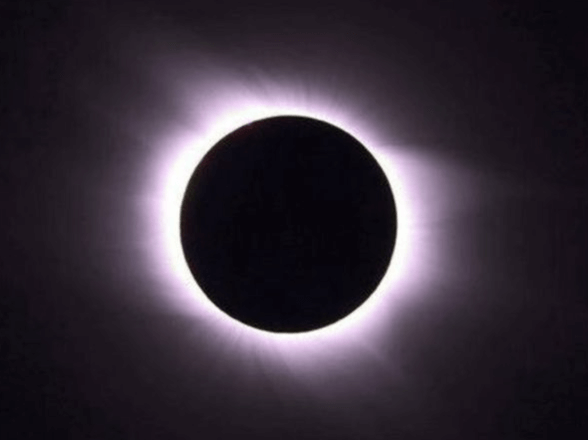 Millions of Americans will be traveling around the country Aug. 21 to experience the total solar eclipse—the first to make an appearance from coast-to-coast of the continental U.S. since 1918.

During this rare event, the moon will pass completely in front of the sun, casting a shadow of darkness. The total solar eclipse will be visible along a path 70 miles wide, stretching from Oregon to South Carolina for up to three minutes. The entire country, including Alaska and Hawaii will experience at least a partial eclipse for up to three hours.

“It requires the moon to be between the sun and the earth, and that is not a very common event,” said Jonathan Clark, M.D., associate professor of neurology at Baylor College of Medicine and faculty at the Center for Space Medicine. “If you think about it, they are celestial bodies and they are on different orbits, so for them to be aligned like that—all three, the earth the moon and the sun—is quite remarkable.”

To put that into perspective, Clark points out that the moon is about the size of your thumb if you stick your arm out and it is relatively close to us—a mere 250,000 miles away. In contrast, the sun is billions of miles away and physically much larger than the moon. For the two to take up the same area for even a few minutes is miraculous.

“It is almost a spiritual kind of thing,” Clark said. “Before early people had a good understanding of science, they looked at it as a very profound event. Not only is it rare, but it only moves across a small area … just from the standpoint of how many things have to align makes it very unusual.”

The eclipse is still revered as an awe-inspiring event today. But experts do warn that as much as you might want to stare at the sky all day waiting for the total eclipse, without proper protection, you could permanently damage your eyes.

“The sun is like an arc-welder’s torch,” Clark said. “It is very focused, high-intensity light, and if you are out in the sun, the UV energy can cause skin burns and severe damage to your eyes—especially if you use magnification or optical magnification … a telephoto lens or binoculars.”

“It is never safe to look at the partial eclipse,” said Amir Mohsenin, M.D., Ph.D., an ophthalmologist at McGovern Medical School at UTHealth and the CIzik Eye Clinic. “No matter how dark it appears outside, the sun rays can burn your retina. The retina does not have pain sensors so you won’t know you are causing permanent damage to your eyes—a condition called solar retinopathy, for which there is no cure.”

According to Mohsenin, once the retina has been damaged, you will notice a blind spot in your central vision—the vision we use for reading, to identify faces and focus.

To combat the heightened intensity of the sun during the eclipse, wearing protective glasses is a must—but not just any glasses will do.

“The best thing to do is to not look at the partial eclipse,” Mohsenin said. “If you are going to look at it then make sure you have eclipse glasses—certified eclipse glasses have a specialized filter on them that filters out the rays, allowing you to view the eclipse. Wearing just your average sunglasses won’t work and will cause permanent damage.”

Clark explained that eclipse glasses are different than sunglasses.

“It has to do with the optical density,” he said. “You can’t see through eclipse glasses. … You couldn’t drive wearing them, you might as well put on a blindfold. The optical density is so high, whereas sunglasses do not filter out that much—you can look through them and see clearly.”

The doctors urged eclipse viewers to be aware of “fake” eclipse glasses being sold. Legitimate eclipse glasses must be stamped with a worldwide standard ISO-12312/2. To verify vendors and glasses, visit the American Astronomical Society’s website. Once you know you have a legitimate pair of eclipse glasses, check for scratches or damage and make sure you wear them properly.

Both doctors encouraged viewers to get out and enjoy this once-in-a-lifetime event—after safety measures are covered. From eclipse festivals in Casper, Wyoming, to rooftop bar viewing parties in South Carolina, the proper tools will ensure this serendipitous event does not disappoint or cause permanent damage.