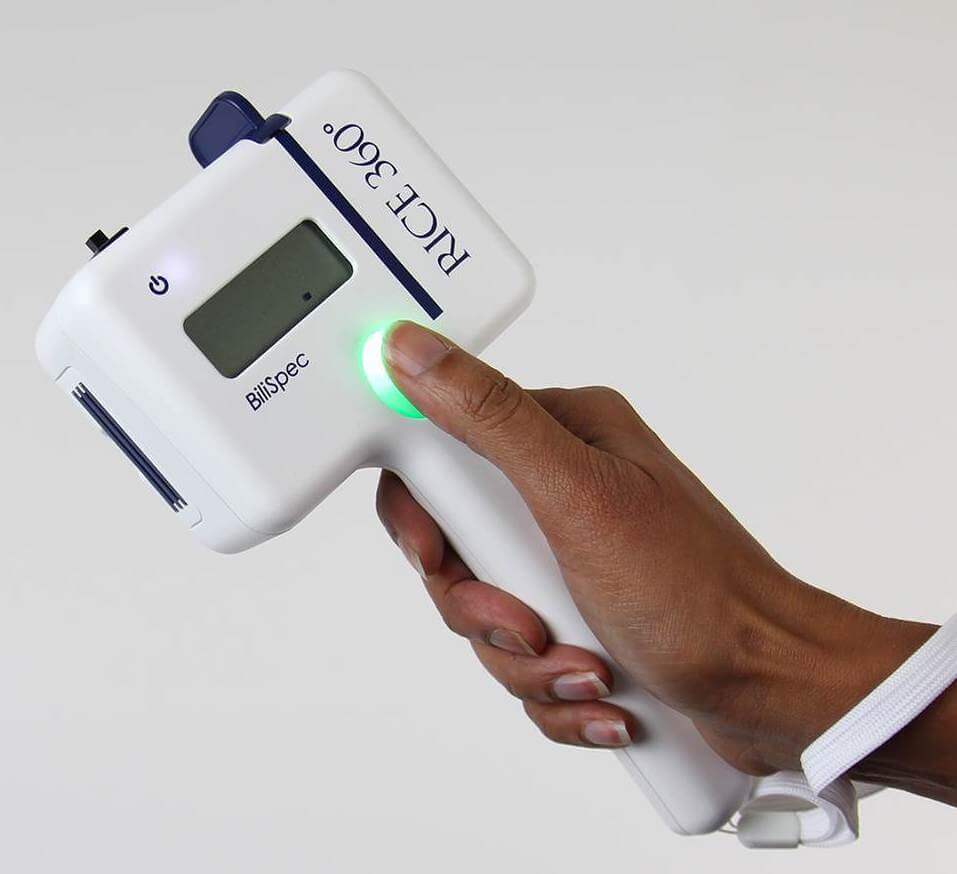 NEST 360, a Rice University-affiliated international team working to end preventable newborn deaths in Africa, got a boost when one of its life-saving neonatal technologies won funding support.

The winner, BiliSpec, a jaundice diagnostic device, won a validation grant at the seventh annual DevelopmentXChange event for Saving Lives at Birth: A Grand Challenge for Development in Washington, D.C. on July 27. More than 500 projects applied for the grants and 15 were funded.

BiliSpec was developed by Rice 360 Institute for Global Health. The device won a grant for multisite clinical validation and development of plans for a national rollout at all Malawi government hospitals.

The technology is one component of a 17-piece neonatal package called NEST that aims to save the lives of 1 million babies per year in sub-Saharan Africa. NEST, short for Newborn Essential Solutions and Technologies, is being designed specifically for African hospitals by an international team led by Rice 360 director Rebecca Richards-Kortum. NEST 360 is one of eight semifinalists for the MacArthur Foundation’s $100 million 100&Change grant, which will be awarded later this year to a single proposal that promises to make measurable progress toward solving one of the world’s significant problems.

BiliSpec is a low-cost, battery-powered reader designed to diagnose jaundice by immediately quantifying serum bilirubin levels from a small drop of whole blood. Jaundice, the buildup of bilirubin in the bloodstream, can be deadly if untreated, and most jaundice tests require either disposable test equipment or laboratory equipment like centrifuges or spectrophotometers that many African hospitals cannot afford.

BiliSpec was invented in 2014 and won a seed grant from Saving Lives at Birth in 2015. The new grant will support a large-scale, multi-site clinical trial to validate the accuracy of the device, the development of manufacturing capacity in Malawi for test strips and the development of plans for wide-scale implementation of BiliSpec throughout Malawi.

Grants from Saving Lives at Birth were critical in the development of three other NEST components. Kasupe, a low-cost, rugged syringe pump, won an 18-month clinical validation grant in 2016, BreathAlert, a simple device to detect and correct apnea of prematurity won a two-year seed grant in 2015, and Pumani, a rugged, low-cost respiratory device, won a seed grant in 2011 and a transition-to-scale grant in 2012 and is now used in more than 30 countries.

Richards-Kortum is leading a NEST 360 team that includes physicians, engineers and business and entrepreneurial experts from three continents. About 85 percent of newborn deaths in Africa could be prevented with relatively simple technologies that keep babies warm, help them breathe and help doctors diagnose and manage infections and other conditions. NEST 360 is designed specifically to address these conditions.