Curated: the Faces of Fabiola

Curated: the Faces of Fabiola 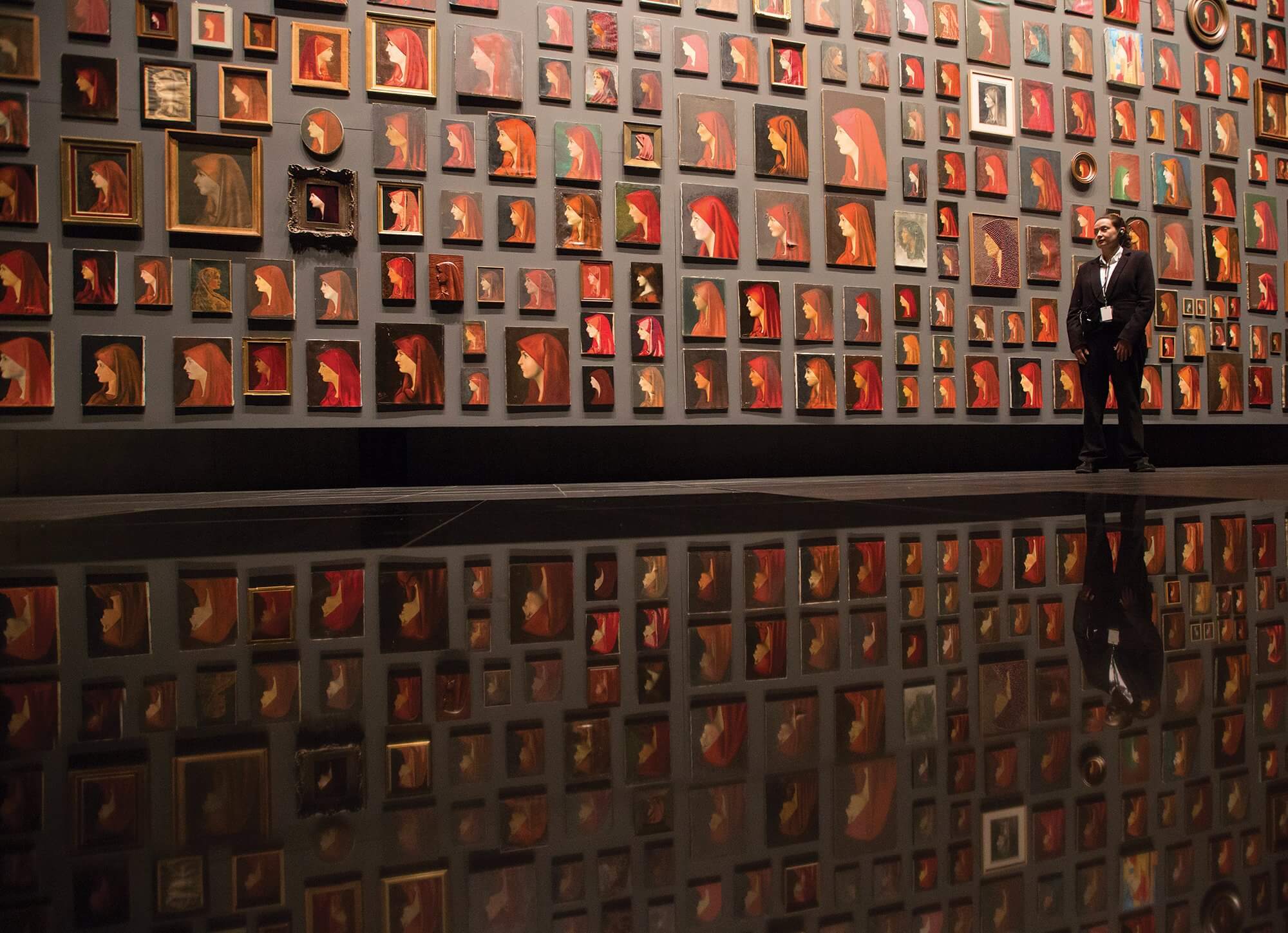 Francis Alÿs, a Belgian artist, moved to Mexico City in the early 1990s in search of Picassos for pennies on the dollar. He never found inexpensive paintings by the Spanish master, but he did find hundreds of replicas of a portrait of St. Fabiola, the patron saint of nurses and abused spouses. 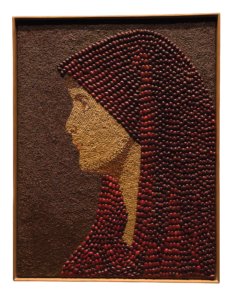 The portraits, which depict a veiled woman in red, vary in size, shape and material. One is even made from rice and beans. And all are hanging on the back wall of the Byzantine Fresco Chapel in Houston, part of the Menil Collection.

“This great wall idea, I thought of Baroque churches in Italy, southern Austria, Germany and Mexico, where there is this tendency to overwhelm with images, some of which are way above eye-level,” said Toby Kamps, curator of modern and contemporary art at the Menil. “I thought we could echo that in this installation.”

Francis Alÿs: The Fabiola Project is made up of nearly 500 amateur portraits of St. Fabiola, a fourth century precursor to Mother Theresa who built a hospital in Rome and nursed the sick.

“She was a noblewoman who married a bad guy,” Kamps said. “It was an abusive relationship. She got a divorce and married again. After her second husband died, she returned to Christianity and repented for the sin of divorce. She used her fortune to open the first hospital for the poor and she was friends with St. Jerome, who recorded her deeds.”

But no one knows what St. Fabiola looked like. No one painted her portrait before her death in 399 A.D. It wasn’t until a Spanish-born priest in England, Cardinal Nicholas Wiseman, published a book about St. Fabiola in 1854 that her image began to appear in art. 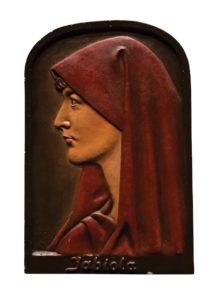 “She was almost a forgotten saint until the mid-19th century, when Cardinal Wiseman kind of resurrected her story for a revival of Catholicism in England,” Kamps said. “In 1885, the French painter Jean-Jacques Henner painted a portrait of St. Fabiola, and it is a profile view of a very beautiful woman in a red veil seen from the side. This was just at the advent of color printing technologies, and it was a top-selling postcard at the shop at the Louvre and it was very widely reproduced.”

Although the original painting by Henner was mysteriously lost after it was sold at auction in the early 1900s—some believe it perished in the San Francisco earthquake of 1906—the iconic painting lives on in countless replicas.

“Why did so many people paint this portrait?” Kamps said. “There is something magical about putting an image through your imagination.Looking at it, processing it and putting it out there in your own painterly voice. The persistence of that, why all of these people around the world— from Lebanon, from South America, Europe, North America and Mexico—devoted all of the hours it took to paint these is a great question. And that accumulative quality, too. All of those people thinking about this saint … what does that signify?”

Kamps, who starts a new position as director of the University of Houston’s Blaffer Art Museum in September, encourages guests to make a few visits to the free exhibit at the Byzantine Fresco Chapel and connect with the space in a deeper way. 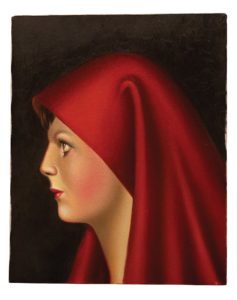 “We have comfy couches, chairs,” he said. “It is intentionally quite dark in here. The images are spotlighted dramatically so you walk in from a typical bright Texas day and it takes your eyes a few minutes to adjust. We hope that you slow down, sit down, take a breath and use this like a chapel. We want to be clear that you are invited to come back again and again and see this on different days, different moods and different seasons—much as you would keep reconnecting with a church or meditative practice.”

The Fabiola Project is on display through May 13, 2018, at the Byzantine Fresco Chapel on the Menil campus at 4011 Yupon Street at Branard Street. Information: 713-521-3990 or menil.org. During the renovation of the main Menil building starting in late February 2018, the campus’ other exhibition spaces—including the chapel— will remain open.