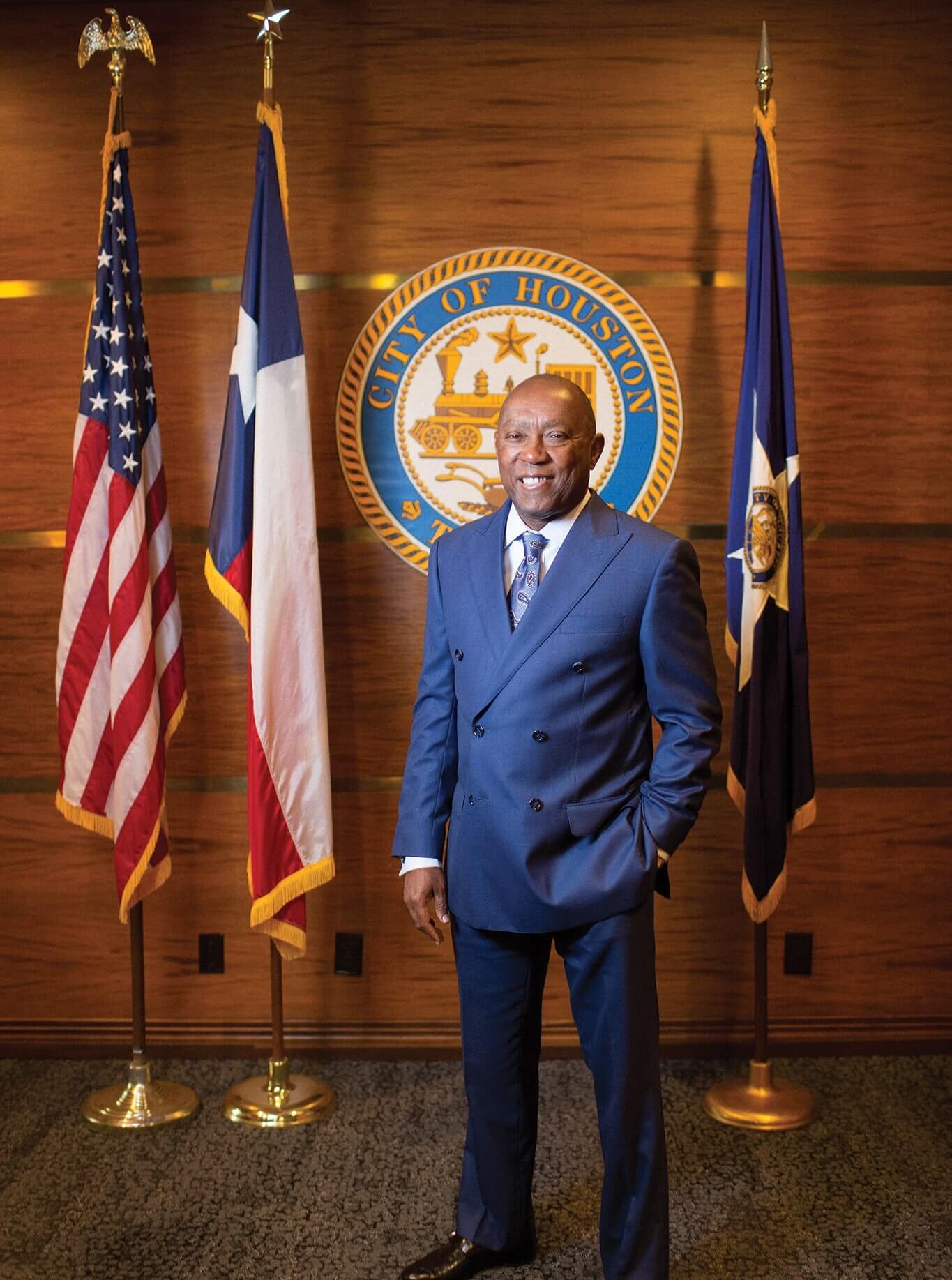 Born and raised in Houston’s Acres Homes community, Sylvester Turner attended the University of Houston and Harvard Law School, and then returned to his hometown to work as a lawyer. In 1988, he was elected to the Texas House of Representatives, where he served until he was elected mayor. Mayor Turner spoke with Pulse about potholes, the plight of Houston’s homeless and growing up without health insurance.

Q | When you encounter people in your travels who are unfamiliar with Houston, what do you tell them? Do you have a go-to sound bite for the city?
A | I tell them we are the most diverse city in America—more diverse than L.A., New York, San Francisco, Philadelphia, Chicago. I tell them if you want to see where the United States is going to be 15 or 20 years from now, take a look at where Houston is today. I tell them—whether I’m in Mexico, Cuba, South Africa or Bahrain—that this is a city where we don’t build walls. We build relationships. And I tell them this is the energy capital of the world and home to the largest medical center in the world.

Q | When you say that Houston, today, is where the U.S. is going to be in 15 or 20 years, what do you mean?
A | In this city, there’s no single ethnic group that’s a dominant majority. Whether you’re Hispanic, whether you’re African-American, whether you’re Anglo or Asian, there is no real majority group. We’re a pluralistic society, so we have to pretty much appeal to everyone. We’re diverse, but we’re seeking to be inclusive. One in four Houstonians is foreign-born. And over the next 15 years, another three million people will be moving into the Houston region, which is the equivalent of placing another Chicago in our midst. We’re the fourth-largest city in the country and, in due time, we will be the third. We will pass Chicago.

Q | Health care in America is poised for change under President Trump. You lost your father to cancer when you were a teenager. What are your thoughts about the current state of health care?
A | I’m concerned. You’re talking to a person who didn’t have health insurance, so I know the impact that it had on my own family. My dad died of cancer when I was 13. My dad didn’t have health insurance; he went to the emergency room. I did not even know he had cancer until after he passed. I did know that I saw my dad falling down at the house. I saw my dad fall down when we were out cutting people’s lawns—in addition to painting for Continental Emsco, he did lawns on the weekend—but I thought he was just getting old.

After he died my mom told us that he had been dealing with leukemia. What my dad did was he had a prescription for painkillers. I’d ride with my sister to the Garden Oaks pharmacy on Shepherd. The pharmacist would give us this big bottle of painkillers. That’s how my dad kept going. He did not have chemo or anything like that. My dad simply worked until he passed.

So, I’ve seen the impact of not having health care and how it can shorten your life. And the impact it can have on the entire family. It makes no sense to force people to go to the ER. It’s much more expensive, and everybody will pay the tab. It’s better to be on the preventive end.

And you can’t say the focus needs to be on having access to care, if access is based on affordability. If I can’t afford to get to health care, even though it’s out there, I don’t have access. So I don’t like playing games with those type of words.

I am an optimist, but I also believe Americans have to participate in this discussion, and we have to be careful we don’t just look at our own personal situation. For example, I’ve got insurance for the rest of my life. Even if I’m no longer mayor, by virtue of being in the legislature for 20-something years, I’ve got insurance for the rest of my life. … So the reality is, I can have Cadillac insurance, but if the people around me are without, and are suffering or going to the ER, and because of this system cost goes up and hospitals close, the winds occurring around me are going to impact me. We have to decide what’s best for people in our society. In the end, if people are healthy, if kids are able to go to school and learn because they’re not in pain, and if adults are able to go to work and be productive because they are well, we all win. We are all connected, and we fool ourselves if we think we are not.

Q | You’ve been mayor for 18 months. What’s been your greatest accomplishment so far, and your greatest challenge?
A | When I came into office, I heard a great deal about potholes, potholes, potholes. It was taking months and months to fix a pothole. We came in, we streamlined the system early and created an integrated system. The objective was when someone called in about a pothole, Public Works would assess and address the pothole by the next business day. Within a matter of weeks, we had achieved that goal and we maintained that 96 percent of the time in 2016. It’s been hugely successful and impactful.

The other end of the equation is that we have a number of people who are homeless in Houston for various reasons. Maybe financial problems, maybe domestic abuse, maybe mental health issues. Even though we’ve been successful over the years reducing the number of homeless in the city from 8,800 at the highest down to now about 3,600, about 1,100 of that group represent chronic cases of homelessness. You can’t miss them. You see the tents. We have communities, neighborhoods that are saying, ‘Mayor, you must remove these people. We can’t ride our bikes or walk; we don’t feel safe.’ On the other hand, you also have people saying, ‘Mayor, this is our most vulnerable group. They have no place to be. Leave them be.’

What’s the solution? We can all agree that one person living on our streets is one too many. As I said to one person who asked me to move the homeless: ‘What would you have me do? Load them up and take them to another neighborhood?’ ‘No.’ ‘Put them in jail?’ ‘No, Mr. Mayor, we’re not telling you to do that.’

We know a big problem is housing, and we’ll work to house 500 people over the next six months. The federal government cut off funding to certain voucher programs, so that has slowed down permanent supportive housing. And I recognize that even if I go to someone and say, ‘I have housing for you,’ they might not want to go. So we’re looking at establishing low-barrier shelters for people, temporary locations while we work on their individual circumstances to move them to a better place. Another piece of the solution is more funding for substance abuse and detox centers. We’re asking people who give to the homeless who are panhandling to redirect their funding—to give to nonprofits and to faith-based operations instead. To give meaningful change, not spare change.

Q | You have asked several universities to work together to support an institute for data sciences in Houston. At the same time, the Texas Medical Center is working on TMC3, a translational research campus where major medical institutions will work together. Is there a theme here?
A | I think there’s an opportunity for this city to create high-paying innovation jobs. All the elements are here. The question is: Are we going to have collaboration? Are we going to get past being territorial and recognize it’s in all our mutual interests? You can be territorial and defend your space, but if you’re not moving forward, you’re moving backward. In the city of Houston, somebody is going to play in that space.