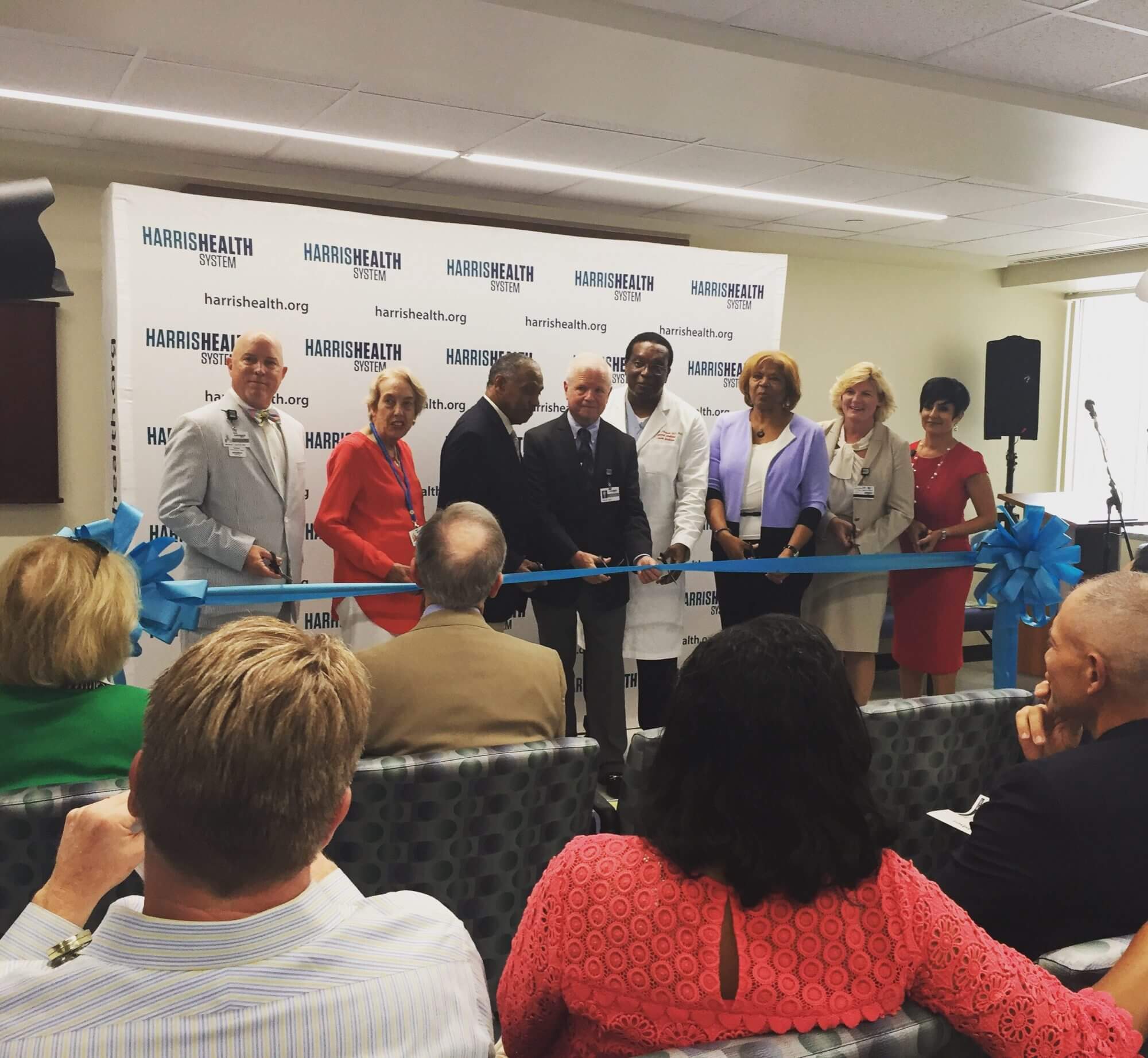 “We are relocating clinics, but that greatly understates what we are really doing,” said Michael Gardner, M.D., executive vice president and administrator at Harris Health, as he recalled seeing “hundreds and hundreds of patients” sitting in a hallway waiting to be seen at The Specialty Clinics.

“This is the final step of taking a very antiquated, very difficult working environment for our doctors and nurses, very unpleasant experience for our patients, to a beautiful, modern, patient friendly facility,” Gardner said.

Ben Taub Tower, also known as the “old Ben Taub,” has needed a new purpose for decades. Built in the ‘70s, old Ben Taub fell out of compliance in the late ‘80s for a lack of windows and narrow hallways, which forced Harris Health System to build the current Ben Taub Hospital building. The tower has been unoccupied since 1990.

“The old Ben Taub in the late ‘80s was very different,” said Gina Shankar, nurse manager at Ben Taub. “I just remember it being very dark and there was a tiny nurses station where the nurses would actually smoke on their breaks.”

By 1990, Ben Taub Hospital as we know it today opened and provided upgraded spaces for trauma care, specialty clinics, surgery and hospital patients.

After patient care moved to Ben Taub Hospital, Harris Health had trouble deciding what should be done with the space at old Ben Taub. The old Ben Taub had been built and reinforced in such a way that demolishing the building would have been more expensive than letting it sit idle.

Over the last nearly 30 years, the once new clinics at Ben Taub Hospital became crowded and were in desperate need of a change.

“I arrived at Harris Health 16 years ago and my post of duty was at Ben Taub Hospital,” said George V. Masi, president and CEO of Harris Health. “I was overwhelmed by walking in the first day on the second floor … [seeing] the mass of humanity and the nursing staff struggling to do what they do.”

“In our old clinic, we had a very open waiting room, just a long room for patients from all of our clinics to sit in,” Shankar said. “Now it is more organized and the waiting rooms are separated by clinic. It is much more patient-friendly, so patients can watch TV while they are waiting and, most importantly, do not miss their appointments because we can’t find them.”

The new clinic space at Ben Taub Tower is divided between three floors creating more organization for staff and a better flow for patients.

“Now we have boards to communicate from our staff to our physicians where the patient is, how long they’ve been there. … It helps a lot, and we didn’t have that before,” said Robin Luckett, secretary of clinic administration at Harris Health. “We also have boards for patients telling them how long the wait time is.”

“Many of our patients require X-rays and other diagnostic testing,” Luckett said. “Before, we were sending our patients down to get an X-ray, competing with patients in trauma care, which usually take priority. They can now be seen in-house which decreases wait times for everyone.”

Moving the specialty clinics out of Ben Taub Hospital and into the refurbished Ben Taub Tower took about a year and a half of construction, but nearly a decade of planning. It is also the step of a $70 million project to upgrade trauma care at Ben Taub Hospital.

“You cannot overestimate what a big deal this is for us—many of us never thought we would see this. … This was a $12 million part of a $70 million renovation.” Gardner said. “Where the clinics used to be will now be modern operating rooms for the trauma center.”

The Specialty Clinics at Ben Taub Tower officially opened for patients in May.

“Our patients are so happy,” Shankar said. “They all think this is an upgrade and they feel more comfortable here in the waiting areas, they feel like we value them more and they really appreciate that we have a brand new space for them.”