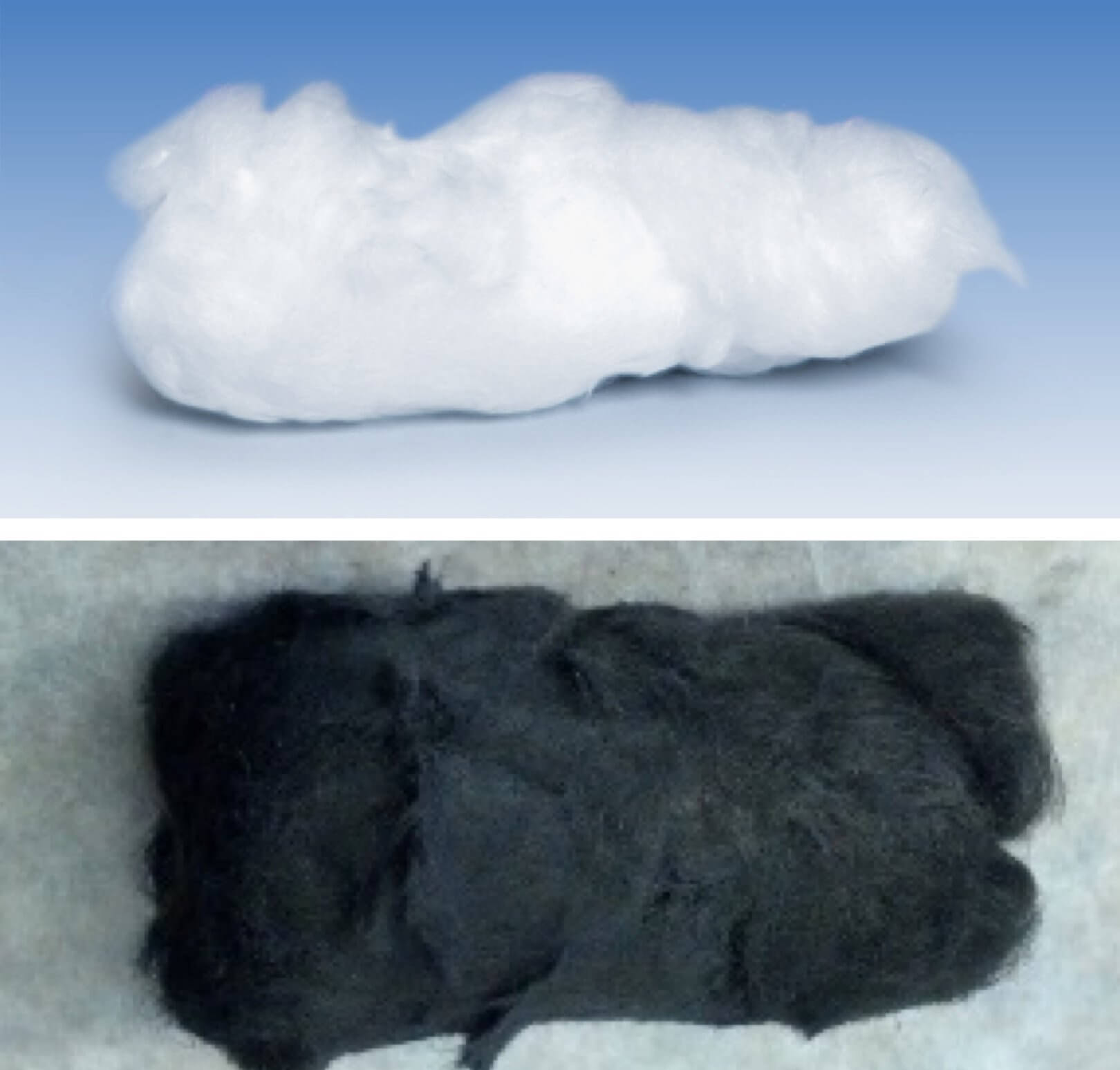 Carbon nanotubes immobilized in a tuft of quartz fiber have the power to remove toxic heavy metals from water, according to researchers at Rice University.

Prize-winning filters produced in the lab of Rice chemist Andrew Barron by then-high school student and lead author Perry Alagappan absorb more than 99 percent of metals from samples laden with cadmium, cobalt, copper, mercury, nickel and lead. Once saturated, the filters can be washed with a mild household chemical like vinegar and reused.

The researchers calculated one gram of the material could treat 83,000 liters of contaminated water to meet World Health Organization standards — enough to supply the daily needs of 11,000 people.

The lab’s analysis of the new filters appears this month in Nature’s open-access Scientific Reports.

The robust filters consist of carbon nanotubes grown in place on quartz fibers that are then chemically epoxidized. Lab tests showed that scaled-up versions of the “supported-epoxidized carbon nanotube” (SENT) filters proved able to treat 5 liters of water in less than one minute and be renewed in 90 seconds. The material retained nearly 100 percent of its capacity to filter water for up to 70 liters per 100 grams of SENT, after which the metals contained could be extracted for reuse or turned into a solid for safe disposal.

While the quartz substrate gives the filter form and the carbon nanotube sheath makes it tough, the epoxidation via an oxidizing acid appears to be most responsible for adsorbing the metal, they determined.

Alagappan, now an undergraduate student at Stanford University, was inspired to start the project during a trip to India, where he learned about contamination of groundwater from the tons of electronic waste — phones, computers and the like — that improperly end up in landfills.

“Perry contacted me wanting to gain experience in laboratory research,” Barron said. “Since we had an ongoing project started by Jessica Heimann, an undergraduate who was taking a semester at Jacobs University Bremen, this was a perfect match.”

Barron said the raw materials for the filter are inexpensive and pointed out the conversion of acetic acid to vinegar is ubiquitous around the globe, which should simplify the process of recycling the filters for reuse even in remote locations. “Every culture on the planet knows how to make vinegar,” he said.

“This would make the biggest social impact on village-scale units that could treat water in remote, developing regions,” Barron said. “However, there is also the potential to scale up metal extraction, in particular from mine wastewater.”

Alagappan’s research won a series of awards while he was still a high school student in Clear Lake, a Houston suburb, as well as a visiting student in Barron’s Rice lab. First was the top prize for environmental sciences at the Science and Engineering Fair of Houston in 2014. That qualified him to enter the Intel International Science and Engineering Fair in Los Angeles the next year, where he also took the top environmental award.

He booted that into the top prize at the 2015 Stockholm Junior Water Prize, where the crown princess of Sweden presented him with the honor.

“It’s been a tremendous honor to be recognized on an international level for this research, and I am grateful for the opportunity to work on this project alongside such a talented group of individuals,” Alagappan said. “I also especially appreciated being able to meet with other young researchers at the Intel International Science Fair and the Stockholm Junior Water Prize, who inspired me with their firm commitment to elevate society through science and technology.”

Co-authors are Rice undergraduate alumna Heimann, Rice doctoral alumna Lauren Morrow and Enrico Andreoli, a senior lecturer at Swansea University. Barron is the Charles W. Duncan Jr.–Welch Professor of Chemistry and a professor of materials science and nanoengineering at Rice.

The research was supported by the Robert A. Welch Foundation, the Welsh Government Sêr Cymru Programme and the United Kingdom’s Engineering and Physical Sciences Research Council.