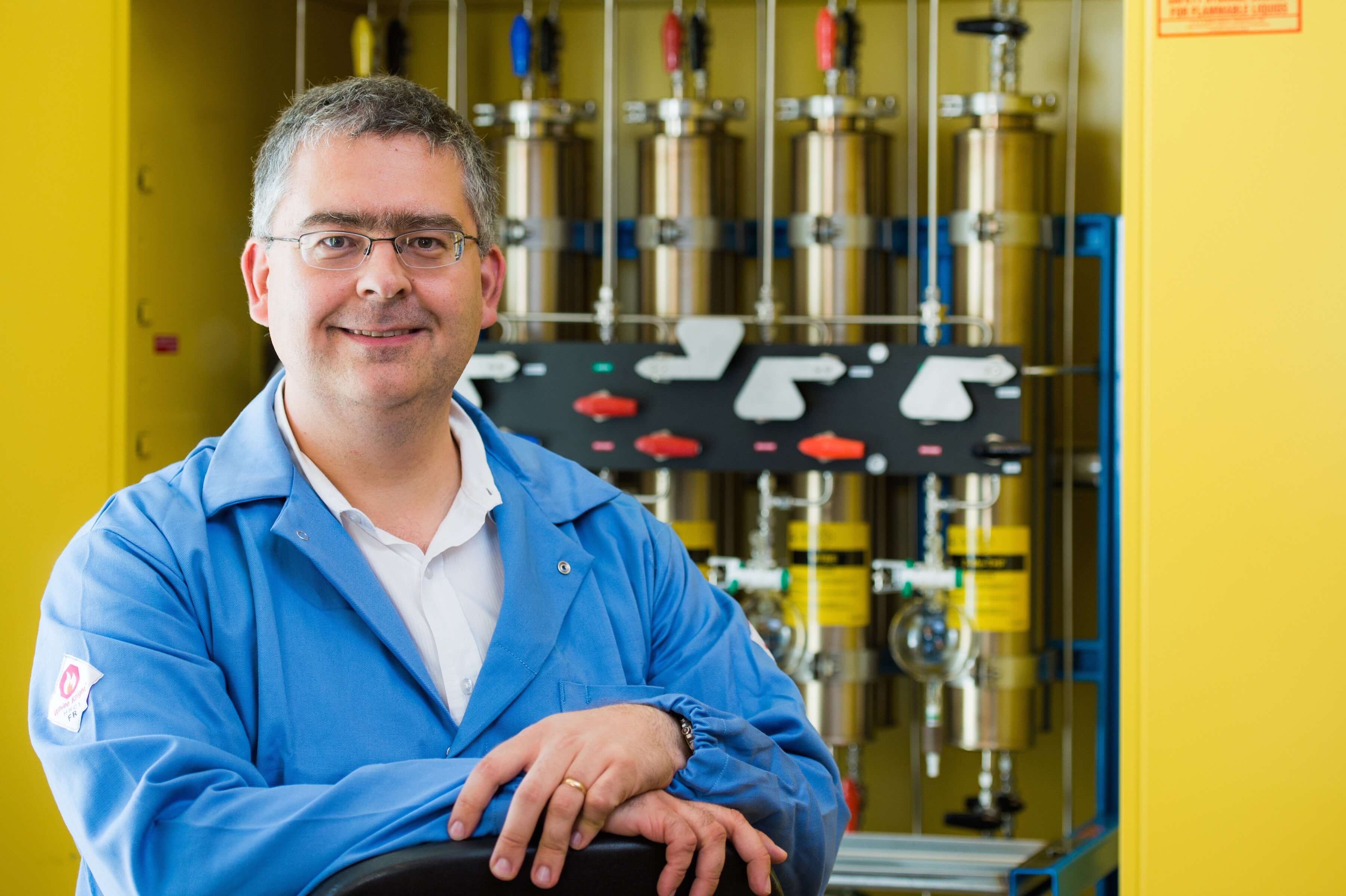 Scientists at Rice University have simplified their approach to synthesize a highly versatile family of precursors en route to biologically active compounds. Their method should make drug design and development cheaper and more environmentally friendly.

Synthetic chemist László Kürti and postdoctoral researchers Zhiwei Ma and Zhe Zhou reported their synthesis of unprotected aziridine molecules, key building blocks in synthetic chemistry. The lab’s primary focus is to cut the number of steps it takes to synthesize nitrogen-containing chemical compounds. One way to do so is to simplify the synthesis of precursor molecules that can then be easily modified into products.

Their work appears in the Angewandte Chemie International Edition.

Aziridines are triangular structures containing two carbon atoms and a nitrogen atom that are interconnected. The energy content of aziridines is high due to the strain in the three-membered ring. This is the key to their usefulness as building blocks, since they can be opened readily when combined with suitable reaction partners, Kürti said.
Synthesizing aziridines that can be modified for the preparation of drugs and other industrial purposes usually involves steps to preserve the ability to functionalize their delicate nitrogen atoms, which are important to keep the products biologically active.

The new method builds upon one introduced three years ago by Kürti and his colleagues and reported in Science. That paper described a way to make aziridines directly from olefin compounds in a single step and under mild conditions, but the transformation in some cases took days and left behind a toxic byproduct. (Olefins consist only of hydrogen and carbon atoms and are produced in huge quantities by the petroleum industry via the cracking of hydrocarbons.)

The new work streamlines the process and eliminates the toxicity, Kürti said. “We bring in a really cheap and readily available reagent, hydroxylamine O-sulfonic acid, and utilize it as an electrophilic nitrogen source for olefin aziridination reactions,” he said.

The advantages of the one-pot process include the ability to produce aziridines at room temperature in as little as a few hours and with a small amount of catalyst, he said. The only byproduct of the process is an environmentally benign and water-soluble sulfate.

The resulting molecules are also stereospecific, Zhou said. “Stereospecificity means that if one takes an olefin into a reaction with a strictly defined double-bond geometry (cis- or trans), that geometry will be fully preserved at the end of the process.”