On Target for Demo Day

On Target for Demo Day 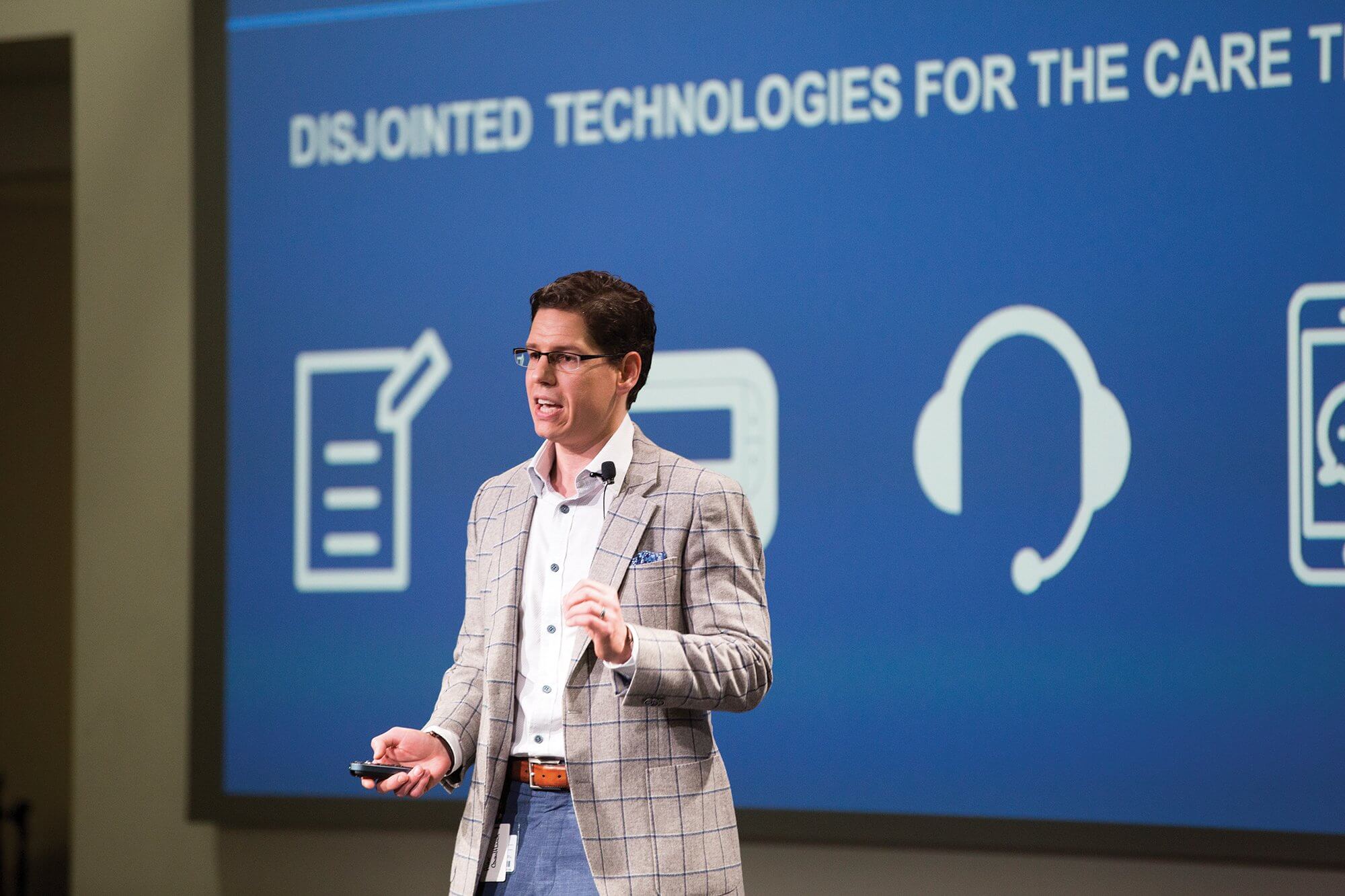 Entrepreneurs from around the world come to the Texas Medical Center (TMC) to fine-tune their digital health solutions and target health care organizations that will benefit from their innovative ideas.

Twenty-one startup companies conclude a four-month TMCx accelerator digital health program with a Demo Day on June 8. Many will leave with an agreement to test their products at one of the medical center’s 21 hospitals.

Joshua Mecca, co-founder of M&S Biotics, has already secured letters of intent with two hospitals and a medical school. His Scranton, Pennsylvania-based company combines artificial intelligence and radio-frequency identification technology to improve utilization and efficiency in the operating room.

He has a few other prospects at the moment, including one with a large medical device manufacturer. Mecca is pitching to angel networks (groups of investors who have organized to invest collectively) and investment firms in an effort to raise a $1 million seed round—where investors would subsidize the company in exchange for an equity stake in it. If Mecca can get the funding he needs, he might shift his headquarters to Houston.

“I have done more in the past three months than I did in a year and a half,” Mecca said. “I knew if I was going to come down to Houston, I was going to have to put both feet in. Plus, most of the relationships I made here were by chance—definitely not something I could have done remotely.”

Meanwhile, Alexander Pastuszak, M.D., CEO of ConsultLink, based in Houston, will leave the TMCx program with a letter of intent from a hospital to deploy a trial run of his product: a mobile workspace for care team members to streamline and improve patient care.

But getting that far for both startups was not easy.

“Our solution is for the care team, so identifying the right solution in the right organization is a challenge,” Pastuszak said. “We had to learn what the good routes were.”

TMCx opened up that network for Pastuszak and his team, and helped them identify high-value targets.

“It was reaffirmation that we are not crazy in terms of our approach,” he said. “Plus, we had a chance to talk to other companies in TMCx, and ask how they were doing it. Some were further down the line than us, so it was good to know we were on the right track.”

Startups must navigate each hospital’s unique infrastructure. Often, one of the initial challenges is finding a physician—or someone impacted by the problem the entrepreneur is trying to solve—to champion the concept.

But even with that person, there are always others higher up the food chain that need to be brought on board, and that doesn’t always happen. Pastuszak said he came to understand that a hospital’s director of innovation was not always the person who cared about the product.

“They may say this is interesting and see the potential need, but they may not make the sale to the hospital,” he added.

M&S Biotics and ConsultLink are just a few examples of success that TMCx companies have had in the Texas Medical Center. Others, like Washington, D.C.-based Babyscripts, which offers a remote-monitoring kit to better identify high-risk pregnancies, is working with a TMC institution to have its kits distributed to patients. Minneapolis-based Vios Medical, which created a patient management information system, secured four pilots aimed at patient data for clinical decision-making.

Leaders in the TMC Innovation Institute, which runs the accelerator program, say all of the traction is evidence that TMCx, which launched in 2014, is becoming more mature.

TMC’s member institutions are more aware of the program and more willing to engage with the companies, said Erik Halvorsen, Ph.D., director of the TMC Innovation Institute. The program has also gained greater visibility. More members of the medical center community are participating as advisors and mentors.

“The Texas Medical Center has 21 hospitals and 100,000 employees in 58 member institutions,” Halvorsen said. “That’s a lot of organizations to meet in a short period of time. This class has been more successful at creating those engagements than ever before.”

Indeed, this class has raised close to $44 million in funding and departs on June 8 after securing more than 80 agreements or partnerships.