Twenty years after Nora Gaber's death, Nora's Home announces plans to double the size of its facility, continuing her legacy of giving 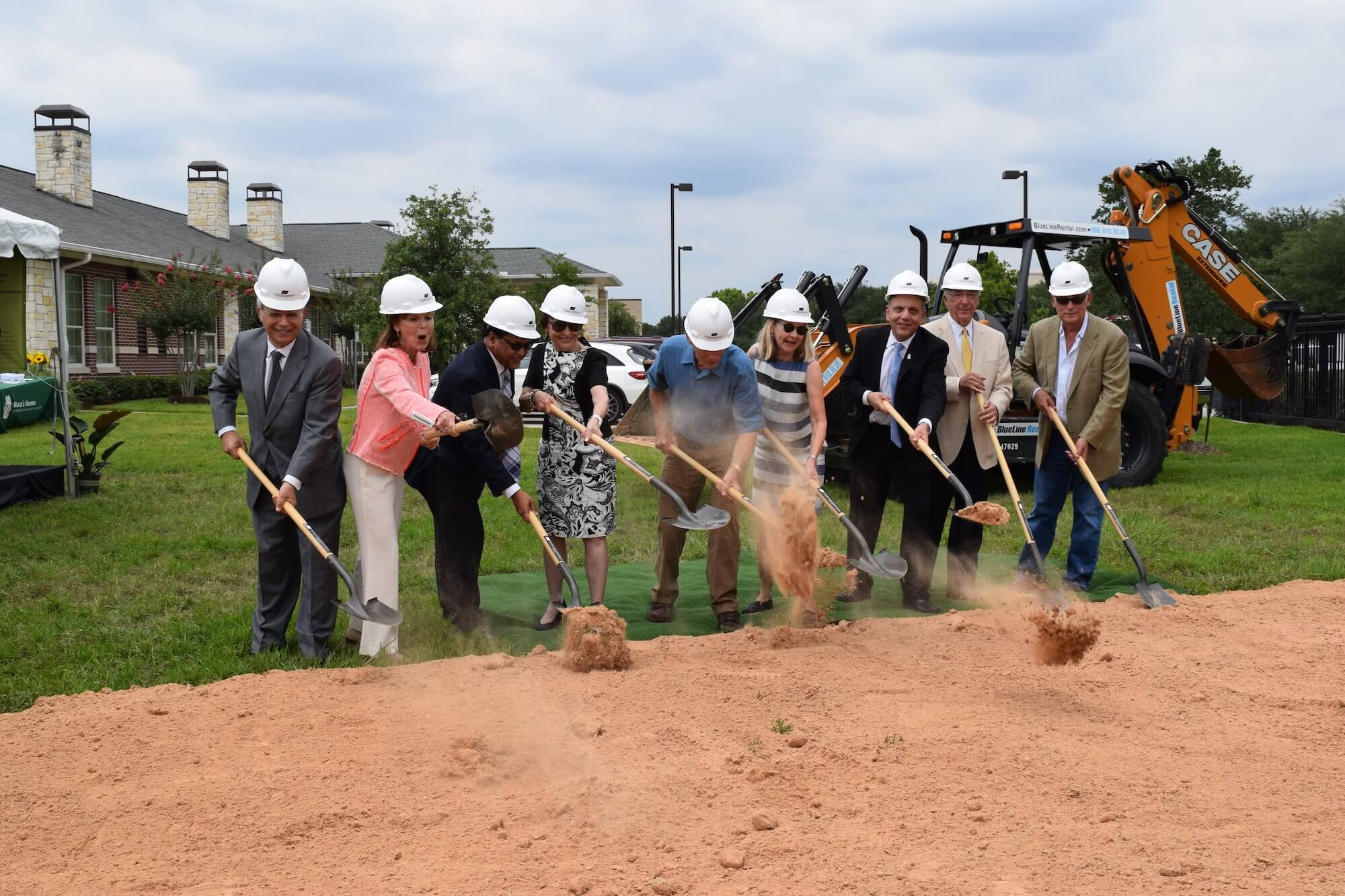 Nora’s Home celebrated the expansion of its haven for transplant patients on June 9 with a groundbreaking ceremony.

The addition, known as phase two, will double its current size by adding 16 guest rooms, a communal kitchen, a laundry room and extra storage space to the transplant hospitality center. Four of the new guest rooms will be specially constructed for housing lung transplant patients who require specific immune-suppressed care

“More than providing a place to stay, [patients] find a place of love and support where they can focus on what they need to be focusing on, and that is regaining their health from organ failure and for the transplant,” said Kayla Lehmann, executive director of Nora’s Home.

According to Lehmann, Nora’s Home has provided more than 16,000 nights of stay for more than 700 patients. That number could be even larger, but the organization has had to turn down five patients for every one it accepts due to limited space. The expansion is designed to alleviate that restraint by providing an additional 10,800 nights per year for transplant patients and their families.

“The greatest need is to open the doors, and we can stop turning away families,” she added.

Since Nora’s Home opened its doors in 2013, the facility has served as a beacon of hope and a safe place for transplant patients and their families to stay during their treatment at the Texas Medical Center. It was founded by Houston Methodist doctors Osama Gaber, M.D., and wife Lillian Gaber, M.D., in memory of their 7-year-old daughter, Nora, who died on June 12, 1997, after an automobile accident. In a selfless act that turned tragedy into hope for others, the Gabers donated her organs to save several critically ill children.

During the event, Gaber recalled his daughter’s kindness and deep compassion for others.

For McAllen, Texas-natives Yolanda Mandujano and her son, Jeffrey Ortiz, 17, who was diagnosed with a congenital heart defect and needed a heart transplant, relocating to Houston on March 31 with neither a car nor a place to live was a daunting task on top of an already frightening situation.

There were no hotel rooms available near the medical center because of the Houston Livestock and Rodeo Show, but thankfully, Mandujano’s social worker advised her to fill out an application for Nora’s Home. After a quick Google search to learn more about the facility, Mandujano’s sense of hope was renewed.

“From the moment I saw the video, I fell in love with it, and I knew this was where we needed to be,” she said. “When we got here, we felt at home right from the beginning. This is an unbelievable place.”

Mandujano’s son received his new heart on April 11 and is recovering well. It would not have been possible without Nora’s Home, she said.

“When we lay our heads at night, we feel very safe,” she added. “We have made not only friends, but family.”

The Mandujanos are just one of the many families who have been touched by the Gabers’ mission to continue their daughter’s legacy of kindness and giving.

“The idea was to create a home, not a house,” Gaber said. “This is what she would have really liked.”

Phase 2 of the expansion project is expected to be completed in eight months, but Lehmann and her team are already looking toward the future.

“Despite our huge success,” she said, “we’ve only just begun.”