From Crisis to Prevention

From Crisis to Prevention 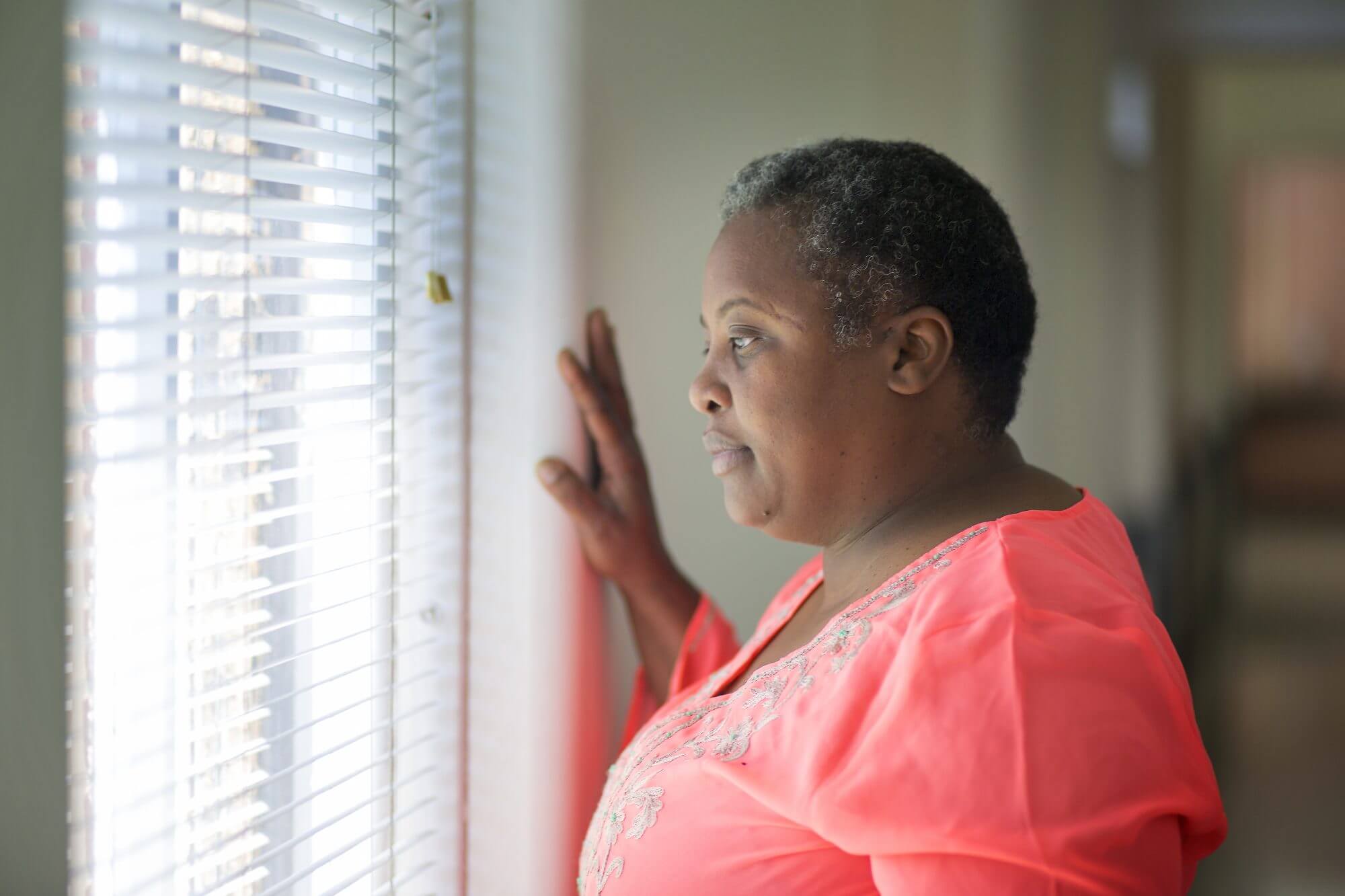 A homeless patient concerned about contracting HIV through risky sexual behavior asked Harris Health System for medicine to prevent him from getting the virus. Until recently, this wouldn’t have been a possibility.

“The clinic used to be a place where we served HIV infectious people only,” said Flash, assistant medical director of HIV prevention services for Harris Health System and assistant professor of medicine in the division of infectious disease at Baylor College of Medicine. “Our care focus has shifted and there are drugs available now that help us prevent patients from contracting the disease.”

A drug called PrEP (Pre-exposure Prophylaxis) is prescribed to patients who possess a high risk of contracting HIV/AIDS. PrEP contains two HIV medications, tenofovir and emtricitabine, bundled into one pill trademarked as Truvada that must be taken once a day to be effective.

“For me, May 16 is a day that is drilled in the back of my mind,” Harris said. “It’s the day my husband of 20 years was diagnosed with HIV through sexual contact with another person.”

Harris has been on PrEP since September 2016. Because she takes her pill every morning at 8 a.m. and visits the health center once every three months, she has not contracted HIV from her husband.

“As a provider, it is very empowering to have this tool to offer my patients,” Flash said. “If you have been married for 20 years and you don’t want to desert your husband when he is sick, PrEP is something that allows you to maintain the emotional security of the relationship without this ongoing fear.”

Because of their children and the life she and her husband have built together over the past two decades, Harris is committed to staying in her marriage.

“I get mad sometimes at the fact that he had the audacity not only to take his own life in his hands, but mine, also,” Harris said. “Because of PrEP, I feel like I have taken the control back.”

For patients who are not on PrEP, like the homeless man who reached out to Flash for help, there is also hope. Nonoccupational Postexposure Prophylaxis, or nPEP, is a two-pill regimen of anti-HIV drugs that must be taken once a day for 28 days and must be taken within 72 hours of engaging in risky behavior.

“If you are in a network of people where HIV is common and you think that you are at high risk, then perhaps instead of always having this emergency and a fire drill, it would be better to just be on something once a day,” Flash said.

There are currently 1.2 million Americans living with HIV/AIDS, as well as another 1.2 million men and women with a substantial risk of contracting the disease based on their lifestyles. To address this, Harris Health System has increased their testing efforts substantially.

“When I started at Harris Health, we established a new testing program for HIV/AIDS called Routine Universal Screening for HIV, or RUSH,” said Ken Malone, HIV project analyst at Harris Health System. “We make it a routine practice throughout Harris Health to test patients for HIV/AIDS unless the patient opts out. We have now done over 600,000 tests.”

For more than 30 years, Harris Health has offered a safe haven for patients suffering from HIV/AIDS. In 1989, Harris Health took their care to the next level, opening Thomas Street Clinic—now known as Thomas Street Health Center. The staff is proud to say that they work for the first freestanding AIDS clinic in the United States.

“The first cases of HIV/AIDS in Houston were identified in the early ’80s,” said Thomas Giordano, M.D., medical director of Thomas Street Health Center. “The first patients were being seen by clinicians at Harris Health in the tuberculosis clinic and chest clinic because there was this recognition in the beginning that people with AIDS had higher rates of TB. They were scattered with all of these other departments and there was this recognition that we needed some sort of centralized clinic to treat patients with HIV/AIDS.”

In an innovative and unconventional move, Harris Health acquired a building from the city of Houston to house the clinic. Built in 1910 as Sunset Hospital— a Southern Pacific Railroad Hospital—Thomas Street Clinic did not look particularly innovative.

“We were in the basement in a very primitive area and it was almost kind of dangerous,” said Wayne Shandera, M.D., an infectious disease specialist at Thomas Street Health Center/Ben Taub Hospital and assistant professor of internal medicine and infectious disease at Baylor College of Medicine. “We were worried about our blind patients falling down the elevator shaft.”

Before working at the clinic, Shandera served on the front lines of the HIV/AIDS epidemic in Los Angeles. On a summer morning in 1981, while he was serving as the epidemic intelligence services officer for the Centers for Disease Control and Prevention (CDC), five mysterious cases of pneumonia appeared on his desk.

“I saw this disease since its inception,” Shandera said. “There were three gay men who all had an unusual pneumonia at UCLA and a fourth at Cedars-Sinai and that very day there was another case on my desk from Santa Monica—St. John’s Hospital.

We described this unusual pneumonia that had only been seen in starvation victims in eastern Europe or kids with leukemia. And these were healthy young men who were getting it and we didn’t exactly understand why.”

Before fax machines and email, getting the word out quickly about an outbreak meant publishing it in the CDC’s Morbidity and Mortality Weekly Report, which gathers data on infectious and chronic diseases from state health departments. On June 5, 1981, Shandera and his colleagues published the first report on this puzzling disease, referring to it as pneumocystis pneumonia.

More cases started popping up around the country. Men in New York were covered in purple splotches and red lesions. Haitians in south Florida showed symptoms of Hepatitis B. Heroin addicts with unexplained swelling of the lymph nodes were heading to hospitals in droves.

“No one could pin it down and it was hard to identify,” Shandera said. “At the time, I knew it was an outbreak, but I had no idea it was going to be one of the pandemics of the century.”

A Texas native, Shandera returned to his roots and began his work with Harris Health.

“In those days, we weren’t curing patients,” he said. “We would have one or two patients die each week.” But by the early 1990s, the conditions at Thomas Street and treatment for the devastating virus had improved. After a mathematician determined how rapidly the virus was multiplying in the bloodstream, doctors realized it needed to be attacked with force.

“We went from treating the disease with one drug, to two, and then when the three-drug cocktail came out in the mid ’90s, that changed everything,” Shandera said. “The disease became so much more manageable and it became unusual to have an AIDS-related death.”

Because of the three-drug cocktail, the virus became something more than manageable. It became undetectable.

“People who are first infected have over a million copies of virus in each milliliter of blood,” Flash explained. “Once they get on medication, that number comes down. The lowest amount that our machines can measure is less than 20 copies and once it gets to 20 copies, we call that undetectable. With older medicine it would take about six months to get there, three months with newer medicine. That doesn’t mean that the person is cured, but it does mean that in their plasma there is no circulating virus.”

Watching each other grow old

Although Thomas Street Health Center has shifted its focus to preventative care to reduce the rates of new HIV/AIDS cases, the threat of infection remains.

“Even though we do really powerful work in taking care of people with HIV/AIDS through testing, there are some people who despite the counseling that is given, you just feel as though eventually they are going to get infected,” Flash said. “Before, you felt like there was nothing you could do. You were just waiting for them to get infected so you could take care of them and put them on medication, but now there is something you can do.”

“We have 20 clinics within Thomas Street that offer all of the specialty care that a patient will need,” Malone said. “Our doctors are excellent and we have both medical schools, UT Health and Baylor, which is unique; we are lucky to have both of them here for our patients.”

The center also spearheads research initiatives to provide the most effective and efficient care.

“HIV/AIDS has gone from being a death sentence to a chronic manageable disease,” Giordano said. “We can give our patients legitimate hope to live for decades after their diagnosis. Some of the patients I had when I first started here 20 years ago are still here and we have watched each other grow old.”