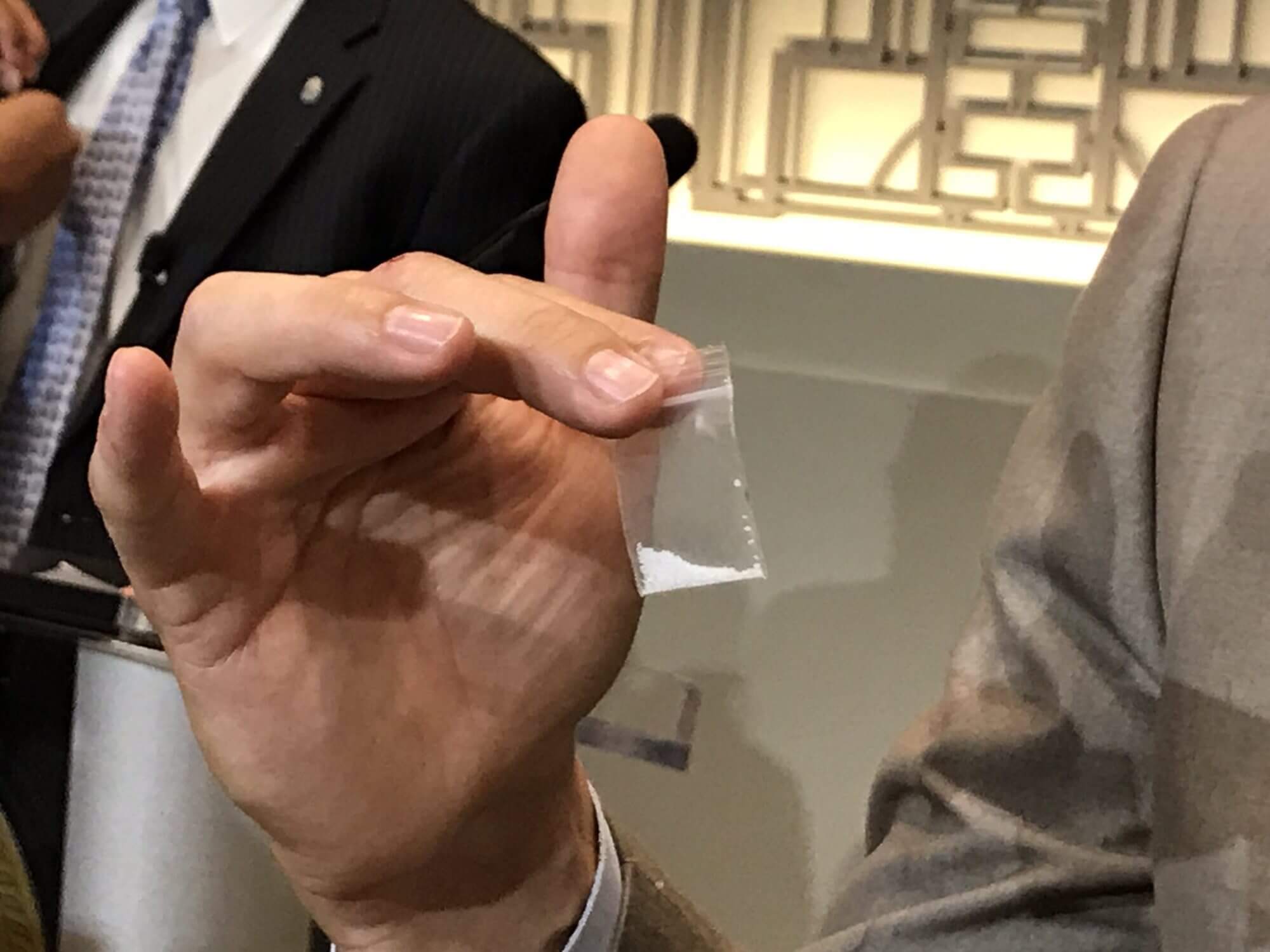 Earlier this week, city officials announced a crackdown on the opioid epidemic after a highly dangerous opioid emerged for the first time in Houston.

The substance was originally thought to be methamphetamine when first responders tested it in the field on June 7, but the Houston Forensic Science Center determined the suspicious powder was, in fact, carfentanil, an extremely lethal form of fentanyl primarily used as a tranquilizer for elephants and other large animals.

According to Warren Samms, Ph.D., director of toxicology and chemistry at the Harris County Institute of Forensic Sciences, carfentanil “is quite possibly one of the strongest medications out there.” It only takes 2 milligrams of fentanyl to be lethal and less than 1 milligram of carfentanil—an amount virtually undetectable by the naked eye—to have fatal side effects.

“Chemists found that it’s very cheap to clandestinely make fentanyl. You take two or three ingredients, mix them together and now you’ve got several pounds of extremely potent opioids,” Samms said. “This started being mixed into the heroin supply in some areas or sold outright as powder bricks of fentanyl elsewhere.”

When fentanyl, carfentanil or any other fentanyl analog enters the bloodstream, they bind to opioid receptors, which are responsible for modulating pain. These drugs can cause itchiness, sedation, nausea and confusion, but the most life-threatening side effect is respiratory depression, Samms said.

“Your normal respiration rate, 12–20 breaths per minute, can drop very much lower to the point where you worry that the body isn’t getting enough oxygen,” Samms said. “That’s what we have to worry about if somebody gets exposed.”

Given carfentanil and other fentanyl analogs’ potency, stricter handling protocols are necessary. People in the lab are required to wear personal protective equipment, gloves and masks around powdered substances, which are handled in fume hoods to prevent exposure.

In addition, the lab carries an opioid antagonist, called naloxone or Narcan, which is also used by emergency room physicians and paramedics to reverse the respiratory depression.

During a press conference on Tuesday, June 27, Houston Police Chief Art Acevedo stated that his department will be implementing safety measures for handling illicit substances, as well. For instance, personnel will wear thicker, more protective gloves and masks to prevent them from accidentally inhaling substances; personnel in the crime lab will be required to wear double layers of gloves; and officers will carry Narcan.

“There really should be no reason for officers and first responders to risk their lives by touching this stuff and not being safe,” Acevedo said. “I want, more than anything else, our family members, including the public, to go home to their families at night. If you’re a member of the public, by not taking these illegal drugs that more and more frequently have this deadly substance in it. And for our first responders by not taking any chances.”

According to county officials, there have been 26 cases of fentanyl-related deaths in Harris County within the past 18 months. While this is the first time the city of Houston has reported carfentanil in the community, the drug itself is not new. Last year, the U.S. Drug Enforcement Agency issued a nationwide public warning about the health and safety issues of carfentanil.

The emergence of carfentanil, Samms said, is indicative of “a continuing whack-a-mole of fentanyl analogs” and part of a much larger problem.

“The problem is not just carfentanil,” Samms added. “We have these classifications of … designer drugs, and they change with such frequency that it’s literally a game of whack-a-mole: You identify what this one is, you identify what it does to the body, you put legislative controls in place to try and dissuade people from using it. By the time that machinery gets going, you never see it again, something new comes out.”