Curated: Humanae at The Health Museum

Curated: Humanae at The Health Museum 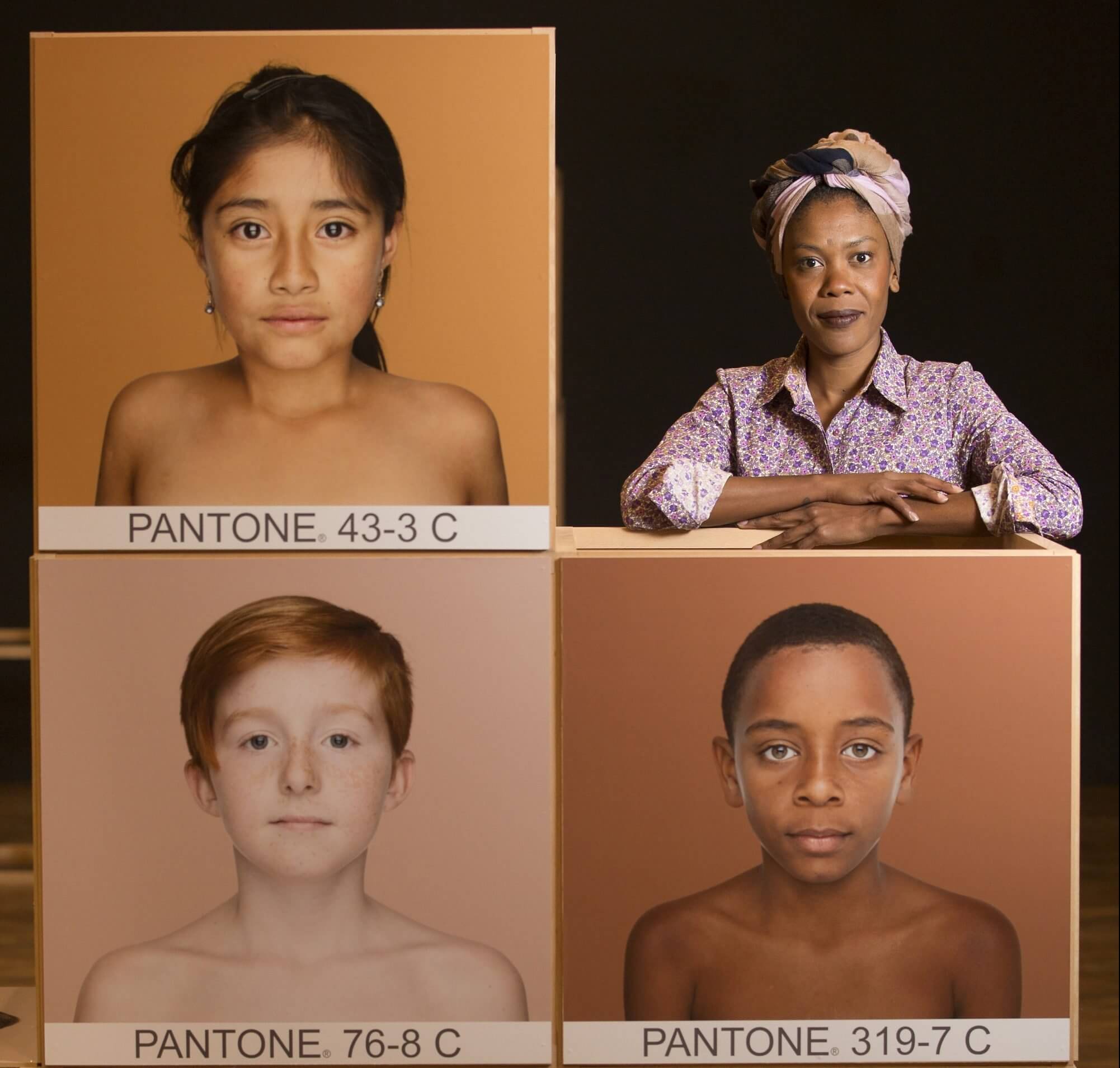 Brazilian photographer Angélica Dass has been fascinated by color her entire life.

Born into a multiracial family, Dass sees herself and her relatives not in black and white, but in shades of chocolate, cinnamon and vanilla.

“I remember when I was younger there was this skin-colored crayon—flesh-colored— that, of course, was not mine,” Dass said. “I have this brown skin and curly hair and, of course, I am black. But I’m also proud to be white, to be native Brazilian. Inside my home, things look equal. But outside, it seems that this color brown has a lot of tags and stereotypes, and I was treated in a different way because of the color of my skin.”

Inspired by her longing to understand the social implications of race and color, Dass began a photography project, Humanae (work in progress), now on display at The Health Museum. The exhibit is made up of portraits of individuals from around the world, each labeled with the number from Pantone’s industrial color palette that corresponds to the subject’s skin tone.

“I really believe that, linguistically, we are using this separation of colors exactly to separate people,” Dass said. “I want to celebrate this colorful world, all of the differences, and to embrace it.”

In the beginning, Dass took photographs to explore the diversity of color in her own family, but that quickly grew to photographing men, women and children of all races and ethnicities from 17 countries. Humanae has garnered international acclaim.

“The most important things in my photos are exactly what you can see,” Dass said. “You can’t see the nationality, you can’t see who is the poor and the rich, the refugees. You don’t know who has disabilities.”

Using her Canon EOS 5D Mark II, Dass shoots against a white backdrop. She then takes a color sample from the subject’s nose and finds Pantone’s corresponding color, which she uses as the background for the photo.

Although she has photographed close to 4,000 faces, the exhibit displays just 250, grouped together in a sort of oversized cubist jungle gym.

“I wanted to make this space kind of like a playground,” Dass said, “because I want to have this talk with children. To change the mind of our youth to really make them feel connected with this idea that we are completely different, and we need to receive the same treatment—be equal and different at the same time.”

Dass’ popular 2016 TED Talk, “The Beauty of Human Skin in Every Color,” will run in The Health Museum’s theater for the duration of the exhibit.

“Houston is one of the most diverse cities in the country and we are looking into what diversity really means for Houston,” said Melanie Johnson, Ed.D., president and CEO of The Health Museum. “There is only a .5 percent genetic difference in all of us, so it is important for us to speak about diversity on the surface—cultural differences and cultural commonalities. And that is exactly what Humanae does.”