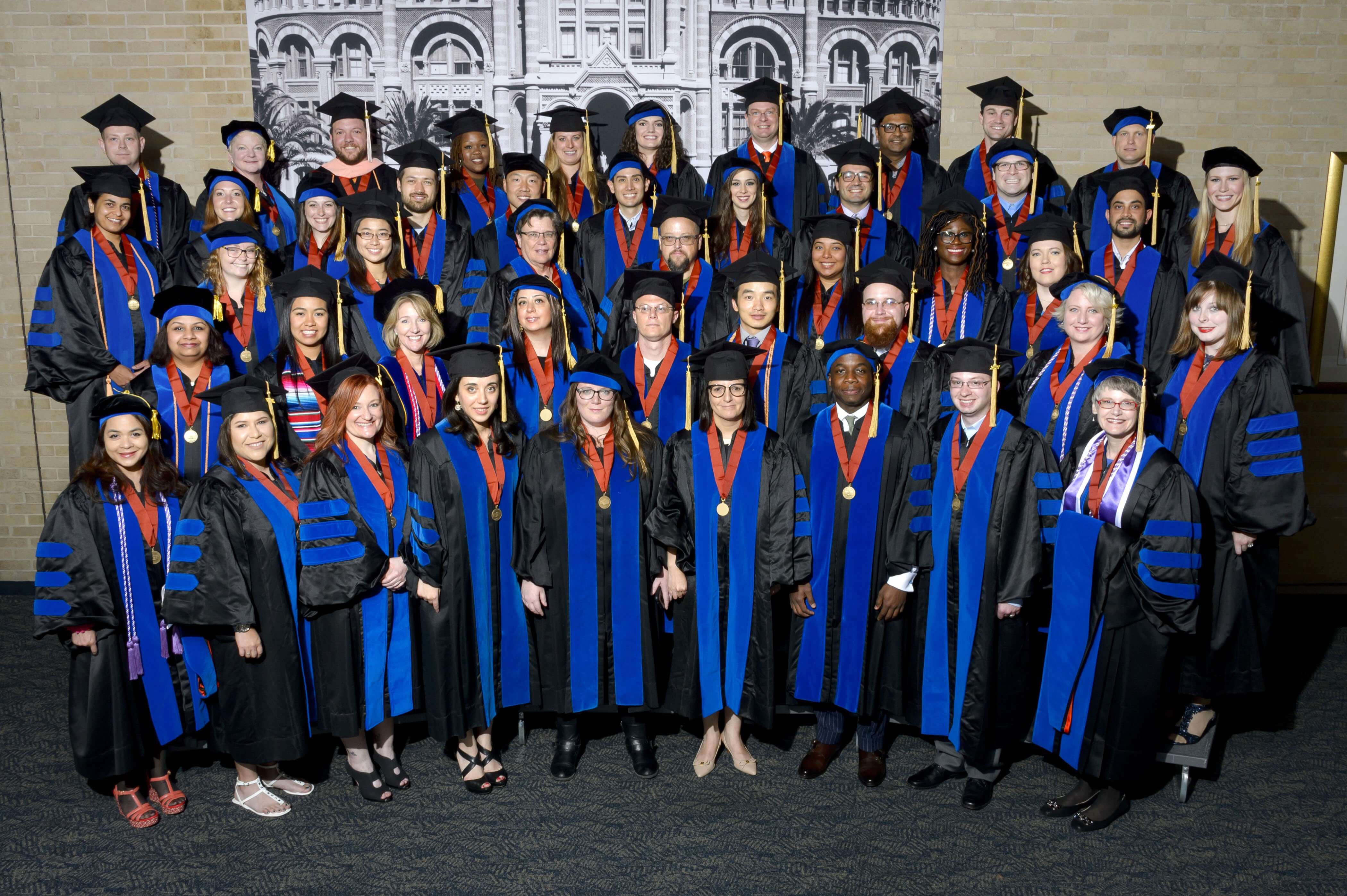 There were four prestigious awards presented at commencement.

The Graduate Student Organization presented its Distinguished Teaching Award to Amol Karmarkar, assistant professor in the division of rehabilitation services. The organization presents the award annually to a faculty member who has made outstanding contributions to the academic growth and development of students.

Laura Rudkin, professor and chair of the department of preventive medicine and community health received the Distinguished Faculty Service Award. Rudkin received the award for her service and dedication to the GSBS. Under her leadership, several graduate programs have been enriched, resulting in higher enrollment. Rudkin is also UTMB’s Centennial Chair in Preventive Medicine and Community Health.

The Distinguished Faculty Research Award was presented to Yingzi Cong, professor in the departments of microbiology and immunology and pathology. Cong joined UTMB in 2010. He has received national and international recognition for his work in the field of mucosal immunology and garnered substantial funding to further his research.

Thomas Vickroy received the 2017 Distinguished Alumnus Award. A member of the GSBS class of 1982, Vickroy is the Executive Associate Dean and a Professor at the University of Florida College of Veterinary Medicine. During his nearly 30-year tenure at UF, Vickroy’s career steadily advanced as he balanced teaching and service responsibilities with research activities.

The 2017 commencement mace bearer was Gracie Vargas, a professor in the department of neuroscience and cell biology. Vargas serves as co-director of the Post Baccalaureate Research Education Program. PREP is a yearlong program designed to provide underrepresented minority and economically disadvantaged students that excel in science with the tools to pursue and obtain a doctoral degree.

Vargas led the graduates in reciting the Biomedical Scientist’s Oath during the ceremony.