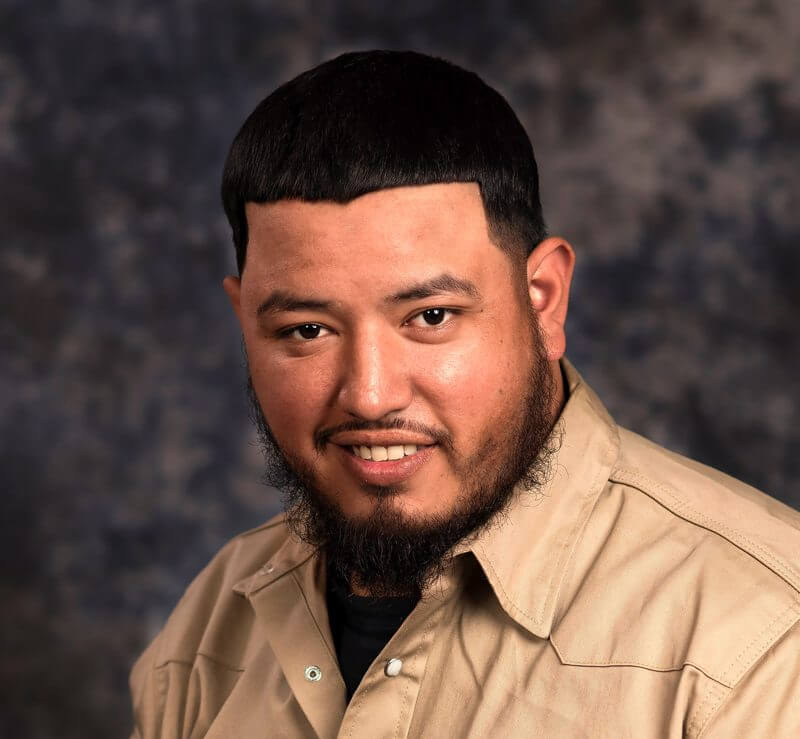 Angel Rodriguez’s head injury was so severe—his brain was literally squeezing itself inside his head. The brain swelling from the accident threatened his life. Surgeons at Harris Health System’s Ben Taub Hospital cut open his head to remove part of his skull—replacing it eight months later.

Known as a decompressive craniectomy, the procedure involves removing a section of skull and letting the brain swelling go down, sometimes months later. The surgery is used when drugs fail to control the swelling and is commonly done after incidents of traumatic brain injury (car and fall accidents), stroke and brain clots.

Rodriguez, 27, and his family are part of a trail riding club that includes all‐terrain vehicles and horses. During a gathering, he and his niece rode their ATV. Another vehicle clipped the tandem causing them to flip over.

He remembers waking up a week later at the hospital. His eye injury was healing, but his brain swelling was still a problem. Doctors told him it sometimes takes the brain months to heal from swelling.

More than a year after his accident, Rodriguez and other trauma survivors—some suffering from motor vehicle accidents, work‐related injuries and incidents of violent crime—will attend Harris Health’s Trauma Survivors Celebration on May 23. The event reunites doctors, nurses, rehabilitation staff and first‐responders with survivors who were treated in the system’s Level 1 Trauma Center of Ben Taub Hospital or the Level 3 Trauma Center at Lyndon B. Johnson Hospital.

Unfortunately, some of his mobility was impaired by the accident. However, through rehabilitation he’s been able to relearn to walk and maintain his balance. He left the hospital after three weeks.

His wife, Nancy Rodriguez, herself a trauma survivor, became his main support and source of information about the accident. She spent many days and nights beside him at the hospital.

“Everyone was taking good care of me, but they were taking care of my wife, too,” he says.

Rodriguez is a grain elevator maintenance mechanic at the Port of Houston. His biggest challenges were being inactive and worrying about finances. His friends and family helped by creating a crowdfunding site and sponsoring a trail ride fundraiser.

Fortunately, Rodriguez’s recovery went so well that he was able to return to work—though he had to wear a protective helmet for his skull under his hard hat.

Eight years ago, Rodriguez and his wife were driving with friends when their car was randomly shot. The bullet struck Nancy in the head. They rushed her to LBJ Hospital where doctors treated her. She recovered with no lasting damage.

The close calls with death have made an impact on the family’s lives.

“Nancy’s incident was a close call and mine was even closer,” Rodriguez says. “We don’t need a third reminder that life is precious. We take advantage of every day and every possible trail ride. We see every day as a celebration.”