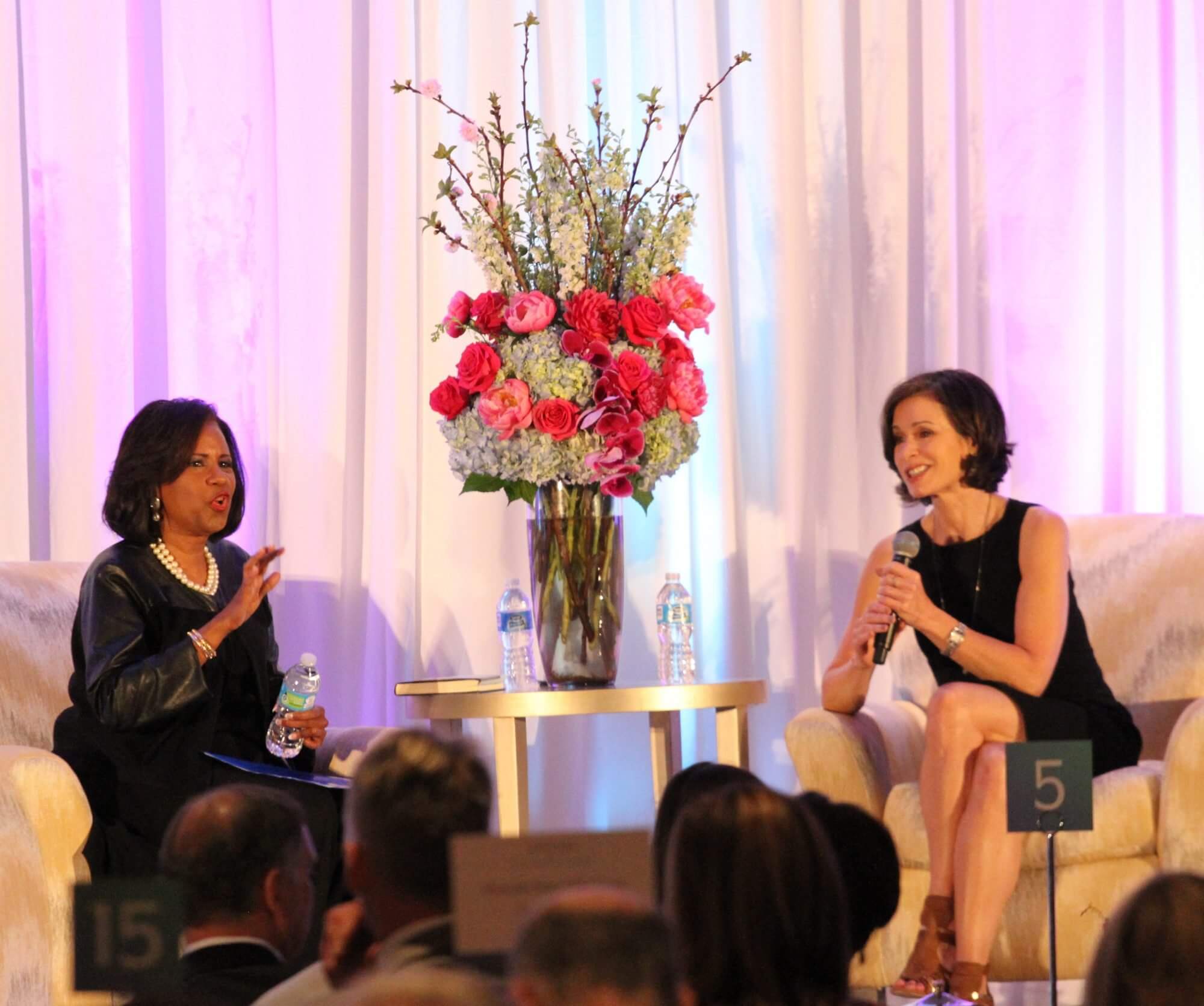 More than 650 people gathered in the ballroom of the Westin Galleria Thursday to recognize the work that has been done by The Menninger Clinic over the past year.

The Menninger Clinic, a psychiatric hospital located just south of the Texas Medical Center, treats adults and adolescents with complex mental illness. In addition to providing care for its patients, The Menninger Clinic also works to eliminate the stigma attached to mental health.

“I walked into Menninger a malnourished, suicidal, drug-addicted 20-year-old girl,” Hunt said. “There was a woman there who began talking to me and opened her heart to me and began convincing me that maybe life is worth living.”

After nine weeks of treatment, Hunt was through with her time at Menninger and left a changed person. Today, she works as a counselor in Austin helping other young people face the challenges she once faced.

Each year, the luncheon welcomes a featured speaker to shed light on their struggles with mental health. This year, Elizabeth Vargas, award-winning correspondent and anchor, currently co-anchor of ABC’s 20/20, sat down with local ABC 13 news anchor Melanie Lawson to share her secret struggles with anxiety and addiction.

“Being prone to anxiety is something I think you are born with,” Vargas said. “One of my earliest memories in life was I had a panic attack because I had the hiccups, and I just didn’t understand why I couldn’t stop this, and that panicked me.”

With her father deployed to serve in the Vietnam War and her mother struggling to care for the family while stationed in Okinawa, Japan, it wasn’t until a neighbor babysat her that Vargas realized her panic attacks were not normal.

“A neighbor had come to watch us when my mom went to the hospital give birth to my little sister, and I saw my mother leaving. The panic set in, and I ran after her to launch my usual panic attack. The neighbor stopped me and said, ‘What is the matter with you?’” Vargas said. “And in that moment, I got the message that this feeling, whatever it was, was wrong, shameful, something to be hidden, and that launched me on decades of keeping my panic and anxiety to myself.”

For the next 20 years, Vargas succeeded in keeping her anxiety and panic under wraps and decided to begin her career in journalism because of her love of telling other people’s stories. But an after-work ritual with her co-workers set her on a path that intensified her anxiety.

“At my first job in Reno, Nevada, it was a tradition after the evening news broadcast that you would troop off to the local bar,” Vargas said. “It is a high-stress business, the daily news. You are building all day long to finally get this thing on the air, and I think those evenings out when I had a glass or two of wine with my colleagues was the first time that I felt the unclenching and the ability to finally be able to breathe.”

For the next 25 years, Vargas drank moderately to get that feeling of calm and relief at the end of each day. Although she did not have more than a couple of glasses a wine each night, her husband realized her drinking had become a problem.

“I always tell people the biggest key to understanding if you have a problem with drinking is the reason why you are drinking,” Vargas said. “I had little warning lights flashing in my rearview mirror for 20 years that I never paid attention to. I drank to feel better, to not feel something, and that is what gets you into trouble.”

Research has found a tremendous link between alcoholism and anxiety, particularly in women. To address her addiction, Vargas went to rehab twice and began dealing squarely with what was making her anxious.

The annual luncheon is celebrated in conjunction with National Mental Health Month. “There is no health without mental health,” Menninger President and CEO C. Edward Coffey, M.D., reminded the crowd. He also highlighted many of the initiatives Menninger has been working on to provide mental health services to the community. In the past year, Menninger gave $3 million to several organizations in the community, including BridgeUp at Menninger, which integrates social and emotional learning into the core curriculum for at-risk students, as well as Headstrong, a program that works to eliminate suicides in Texas jails.

Coffey also announced that the Menninger Clinic recently completed their capital campaign to offer outpatient services in a state-of-the-art 26,000-square-foot building on the current Menninger campus.