Closing the Gaps in Perinatal Care

Closing the Gaps in Perinatal Care 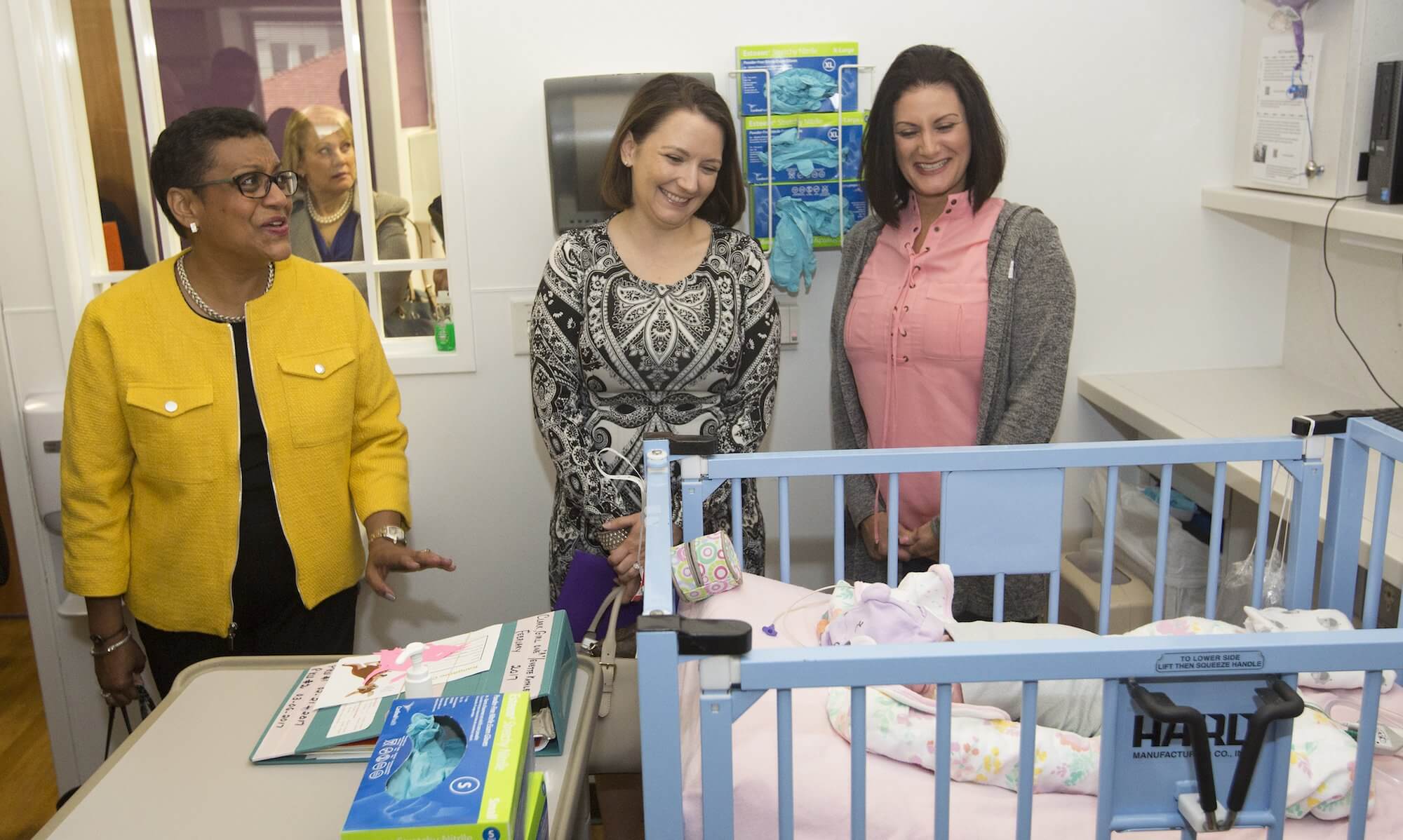 Children’s Memorial Hermann Hospital, McGovern Medical School at The University of Texas Health Science Center at Houston and the March of Dimes announced Tuesday the establishment of the first research center in the country dedicated to improving maternal and infant safety and preventing unnecessary illness and death.

Officially titled the March of Dimes Perinatal Safety Center, the project is designed to identify sources of patient harm and develop evidence-based techniques and training tools that can minimize human error and close the gaps in care between pregnancy, labor, delivery, postnatal care and the transition home. The institutions will use the information gathered to develop a blueprint for best practices that other hospitals around the country can implement.

The center is funded by a three-year, $2-million grant from The Gordon and Betty Moore Foundation and the Joe Kiani/Masimo Corporation to the March of Dimes.

“We certainly know that a lot of hospitals, like Children’s Memorial Hermann and many other hospitals, do a fantastic job of taking care of patients and babies when they’re here, supporting the families that are here,” March of Dimes President Stacey D. Stewart said. “But like a lot of other industries, everyone’s always interested in how you can do better, how you can improve the outcomes and how you can make sure that every baby is as safe as possible. There’s no room for error.”

“Our ultimate goal is to really improve the culture of patient safety,” Tsao said. “We think we are a safe organization. We think we do everything safely. But can we measure it so we identify the hot spots and how to make it better?”

Children’s Memorial Hermann annually delivers more than 5,200 babies, performs 5,800 pediatric surgeries and offers more than 40 maternal and pediatric specialties, including high-risk pregnancy, NICU and neonatal care, pediatric trauma and neuroscience. It also has one of only four Level IV NICUs in the state to care for the most critically ill babies.

Throughout pregnancy, labor and delivery, patients typically transition from outpatient care with their primary OB-GYN doctors to inpatient care with a team of delivery specialists at the hospital. Once the baby is born, they are then handed off to a team of neonatal specialists. The teams working in silos can lead to blind spots and barriers within the health care system and create medical errors anywhere along the process.

“We know that once you hit the hospital, you are taken care of … by people, and people make mistakes,” Tsao said. “We usually have systems for obstetricians or systems for the NICU, but it’s really about creating one entire system [for] two patients from the beginning when they’re born, to after they’re born, to when they go home.”

The journey through the hospital system can be even more complicated for premature babies who require extra care. On average, a premature baby will stay in the NICU for four months, according to Amir Khan, M.D., medical director of Children’s Memorial Hermann Hospital NICU and administrative director of neonatology at McGovern Medical School.

“You have to do everything right every day for 120 days, which basically means you have to make sure that the … 20 to 30 nurses, about five to six doctors and a whole bunch of other people are trained enough to take care of that specific baby for that period of time,” Khan said. “Sustaining it is the hardest part. One mistake can result in a very, very bad outcome.”

The initiative will focus on four clinic areas:

By the end of the three years, Tsao hopes the center will be able to develop a Perinatal Safety Center toolkit with recommendations and best practices for all four clinical areas that other hospitals can implement in the future.