’13 Reasons Why’: Raising Awareness and Concern

’13 Reasons Why’: Raising Awareness and Concern 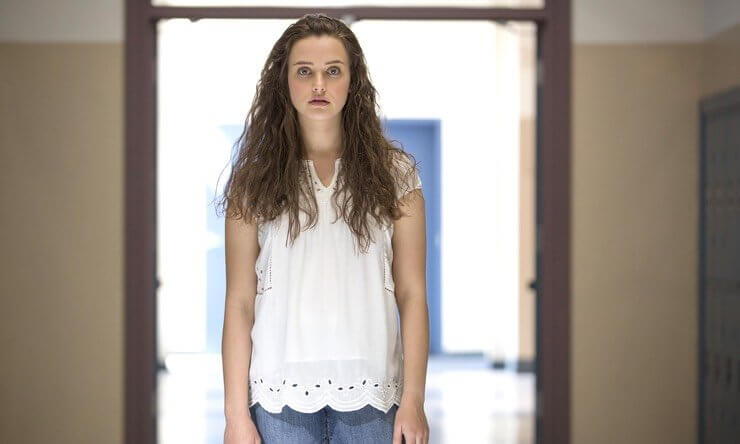 In recent weeks, Netflix’s “13 Reasons Why” has captivated audiences of all ages across the country. While the show sheds light on serious mental health issues, the intense subject matter has schools and mental health professionals calling for extra caution when watching.

The show, “13 Reasons Why,” based on a bestselling book, follows Hannah, a teenager who recently committed suicide. Hannah leaves behind 13 tapes for those who contributed to her decision to take her own life.

“I can’t think of another show that talked about suicide like this,” said Shelly Simpson, LCSW, LCDCI, clinical social worker and chemical dependency counselor at Menninger’s Pathfinder Community Integration Program.

At Pathfinder, Simpson works with teens and young adults who are recovering from depression, substance abuse and other mental health disorders as they transition into living on their own and becoming independent. Simpson has discussed the show with some of her patients who have attempted suicide.

“I have some patients who think the show is stupid, and they say, ‘Oh, no one would ever do that,'” Simpson said. “And a lot of the patients I work with won’t watch it because it is too intense for them. These are patients who are maybe four to eight months outside of a suicide attempt and they are still processing.”

The graphic nature of some of the scenes in “13 Reasons Why” has raised concerns about it being too much to handle for teens or for viewers who have experienced trauma. One of the most controversial scenes is when the main character, Hannah, commits suicide on the show.

“I think that the show alluded to it enough, we didn’t need it to be shown to know that it happened,” Simpson said. “People oftentimes are afraid to start talking about suicide because they think it will give people the idea to do it. I don’t think that talking about it does that, but showing it is something that can be traumatic to people … I think it was unnecessary to show that.”

Additionally, mental health workers, educators and parents are concerned that teens may not be able to fully process what they are watching, and that portions of the show glamorize suicide and normalize drug and alcohol use.

“As a mental health professional, I know suicide is not glamorous—the devastation it leaves in people’s lives is not glamourous,” Simpson said. “That doesn’t happen when someone takes their life. There are not these 13 tapes that we leave people. Oftentimes it’s the people themselves left to do the reeling about why did that happen, what did I miss? What signs was that person trying to show me?”

For Simpson, she recommends parents, friends, siblings and loved ones pay attention to changes in behavior, mood shifts, changes in grades, or loss of interest in a sport or hobby they used to enjoy. She also reminds us all to listen.

“I love when shows like this come out, because it can be such a conversation starter and a safe way for kids to voice their opinions,” Simpson said.

Although she does think the show has opportunities to grow in the second season, Simpson is thankful that it has helped to get the important conversation of mental health awareness and suicide awareness in the open.

“I was reflecting on how many people I have heard in the last month say the word suicide which is such a ‘we don’t say that’ word,’” Simpson said. “I’ve heard teenagers I work with say it, I’ve heard friends that aren’t in the mental health industry say it, and it’s interesting. It is a word that we, as a society, are afraid to utter and [the show] has gotten people all over the place saying it.”