An implantable device could help patients at risk of HIV exposure get reliable, preventative medication 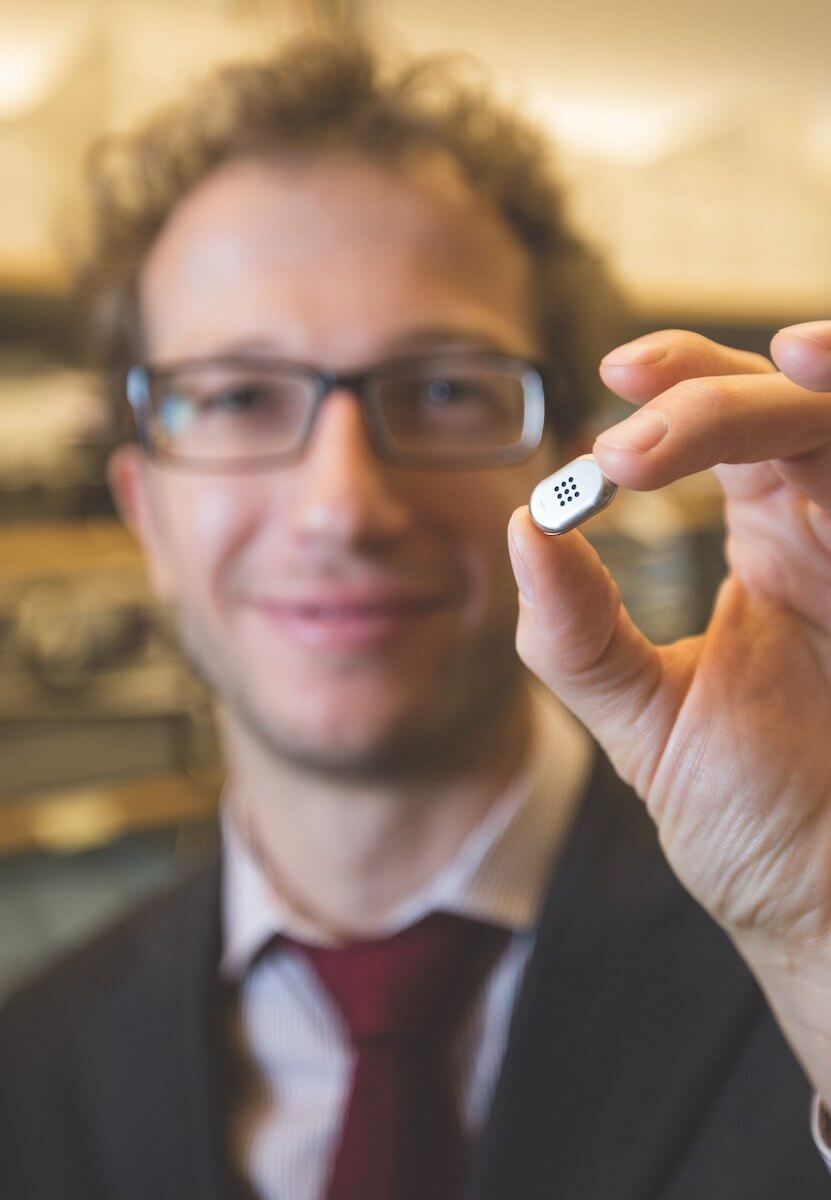 Remembering to take medication at the same time every day is what makes medication work. But life often gets in the way. You sleep an extra hour. You’re supposed to take your meds after a meal but you eat late, which throws off your schedule. Or, you run out of your medication and can’t get a refill.

Alessandro Grattoni, Ph.D., nanomedicine department chair at Houston Methodist Research Institute, understands the plight of patients who need to take medication consistently to control their diseases. That’s why he has worked on implantable nanochannel membranes for a decade.

Grattoni joined Houston Methodist in 2010. He was introduced to Roberto Arduino, M.D., professor of infectious disease at McGovern Medical School at The University of Texas Health Science Center at Houston (UTHealth), who is actively involved with HIV research and prevention. In 2014, the World Health Organization estimated nearly 37 million people were living with HIV/AIDS. Grattoni and Arduino started discussing possible applications of the implantable, nanofluidic drug delivery system for use in preventing HIV.

Grattoni began testing a refillable implant that would be placed under the skin—typically on the inside of the upper arm—to release medications to people at risk of HIV exposure.

Many high-risk patients already take Truvada, a combination therapy of tenofovir disoproxil fumarate and emtricitabine, to help prevent HIV-1 infection, Grattoni said. Truvada is estimated to be up to 95 percent effective in preventing HIV when taken consistently, according to a study by the Centers for Disease Control and Prevention. But the same study found the drug was only 44 percent effective among test subjects because people kept forgetting to take it, Grattoni said.

“For patients, it is easy to forget, but in the context of HIV, forgetting is really dangerous,” he said. “The implantable device stays under your skin, so it would not give you the chance to miss the medication.”

The nanochannels that regulate the drug release from the implant are very small—20,000 times smaller than a human hair.

Because patients taking this type of medication typically must return to the doctor every six months for a checkup, Grattoni is working on an implant that can be refilled transcutaneously in the doctor’s office every six months or even once a year. Right now, the device can deliver HIV pre-exposure prophylaxis, or PrEP, medication for up to 70 days.

Grattoni was recently awarded a $4 million grant from the National Institute of Allergy and Infectious Diseases to increase the drug delivery time frame for HIV PrEP. If successful, the research will move to the next phase, patient clinical trials.

One of the biggest challenges is assuring drug stability throughout that six-month to one-year window, particularly since the drugs will be kept at body temperature and be surrounded by biological fluids. Pharmaceutical company Gilead is supporting the study and partnering to address drug formulation needs, Grattoni said.

Already, the device can remain in the body for a few years, he added, though he would like it to last as long as five or six years before it needs to be replaced.

Houston Methodist is leading the study, but researchers from four other Texas Medical Center institutions are involved: Ming Hu, Ph.D., professor of pharmaceutics at the University of Houston, is helping with the pharmacokinetic analysis; Jagannadha Sastry, Ph.D., Kathryn Shelton, DVM, Ph.D., and Pramod Nehete, Ph.D., with The University of Texas MD Anderson Cancer Center are helping with animal studies; Arduino, from UTHealth, is providing the clinical perspective; and Jason Kimata, Ph.D., associate professor at Baylor College of Medicine, is lending virology expertise.

The project has garnered attention outside of the TMC. Gratton received the 2016 AIDS Foundation Houston Shelby Hodge Vision Award.

And, as director of the Center of Space Nanomedicine at Houston Methodist, Grattoni expects the device to be tested aboard the International Space Station over the next five years.

“We’ve gotten to the point with the research where we have tested the implant to deliver the drug at the preventative level with no adverse effects,” Grattoni said. “We are now working to test our approach on a larger number of subjects and move toward commercial development.”