Simplest Vision Demo? The Eyes Have It.

Simplest Vision Demo? The Eyes Have It. 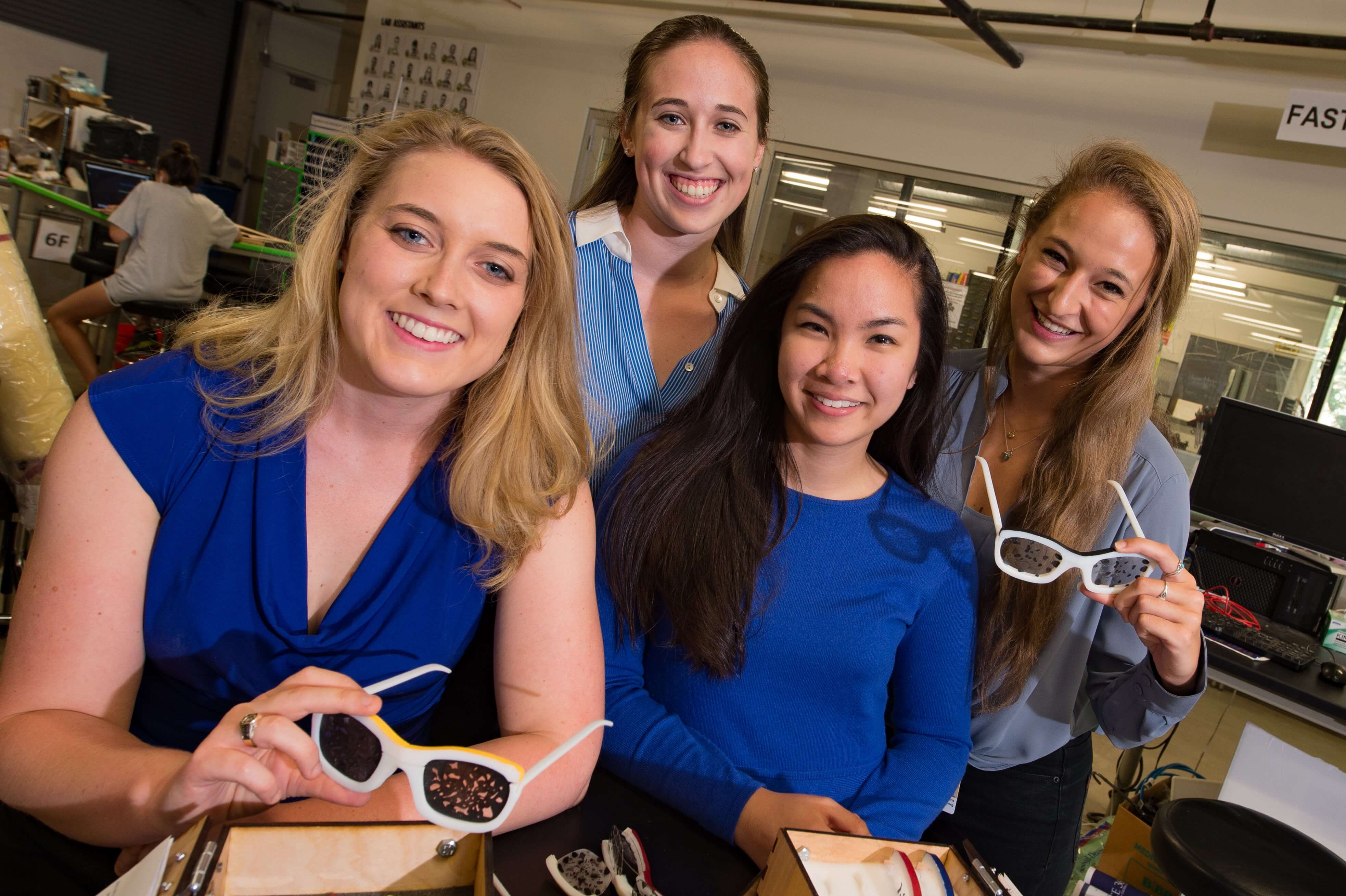 A set of snap-together glasses designed by students at Rice University lets people with diabetes see into the future and know that without proper care, the future does not look good.

The educational tool developed by the Eye See You See team will help doctors show patients how their vision could deteriorate over time due to diabetic retinopathy, an eye disease that can result from uncontrolled diabetes and lead to blindness. They hope the tool will encourage patients to follow their doctors’ protocols.

“Retinopathy is not curable,” said senior psychology major Anna Klineberg, who worked on the project with her teammates at Rice’s Oshman Engineering Design Kitchen (OEDK). “As soon as you get it, you can’t prevent it from happening and it will get worse. A lot of people with diabetes get retinopathy, and a lot of them have never even heard of the disease. So we’re targeting these patients early and have either health care providers or retinopathy specialists show them that if they’re not careful, this is what could happen.”

The lenses show them how retinopathy progressively damages a patient’s vision. “We’ve had people come up to us after presentations and ask to try the glasses because they have diabetes and they want to see what the (eye) disease looks like,” said Truce Pham, a biochemistry and cell biology senior.

While strategizing, they considered a system based on a kaleidoscope, a View-Master or virtual reality app, but they were ultimately convinced patients would be most comfortable with something familiar. “Glasses are normal,” Klineberg said. “Putting a VR headset to your face makes it seem more like a video game.”

Though the glasses are geared specifically to low-resource settings like those served by the Rice 360˚ Institute for Global Health, they hope anyone who works with patients with diabetes will find them helpful.

The four stages illustrated by the lenses start with “macular edema, which is seen as single dot in the center of your vision,” Pham said. By the final lens, very little can be seen through a mottled — but mostly black — pattern.

“We couldn’t make 15 versions of the lens, so we took all the information we got and figured out how to represent this with as few as possible,” said Klineberg, who said they used paint, nail polish and laser etching to model the opaque patterns on tools used by optometrists.

“We’re talking with patients with diabetes now,” said Brigham, who traveled to Malawi with Rice 360˚ last summer. “A doctor in the Texas Medical Center is showing them some of our prototypes to see if this is exactly what they see, and we’re incorporating their feedback into our newest transitions.”

Brigham handled the bulk of the 3-D printing that produced multiple prototypes of the slotted frames. (They also made frameless lenses that slip behind prescription glasses.) Meanwhile, Levins gained expertise with the laser cutter used to model dozens of lenses as well as an expanding case to hold all the pieces.

“We wanted to produce every element here in the OEDK so that we can make duplicates of the final set before we graduate,” Levins said. The team hopes prototypes will go to Brazil with Rice 360˚ as well as partners at the University of Texas School of Public Health in Brownsville this summer.

The team’s faculty advisers are Maria Oden, a professor in the practice of engineering and OEDK director, and Richard Schwarz, a research science in the Optical Spectroscopy and Imaging Laboratory at Rice.

The students will demonstrate their work at the George R. Brown School of Engineering Design Showcase April 13. More than 80 teams will vie for cash prizes at the annual event, which will be open to the public from 4:30 to 7 p.m. at Tudor Fieldhouse on the Rice campus, 6100 Main St.