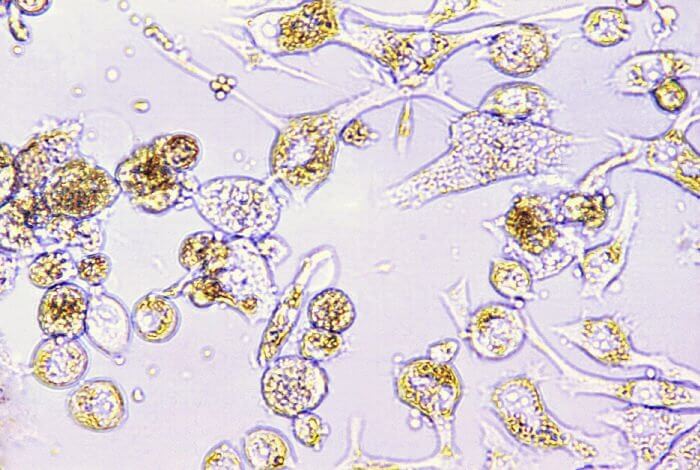 Skloot’s highly acclaimed book, The Immortal Life of Henrietta Lacks, is centered around Henrietta Lacks and her immortal cell line, dubbed “HeLa cells,” that scientists at Johns Hopkins Hospital extracted from her without her knowledge in 1951, and explores ethical issues related to race and socioeconomics in medical research. Her cells revolutionized modern medicine and have been used extensively in scientific research. They contributed to the development of the polio vaccine, cancer research, AIDS research and gene mapping.

During the event, Skloot discussed the important role of libraries in the community and, especially, in her research for the book.

“Right now, libraries and a lot of institutions are facing some really big budget cuts, and I think it’s not always obvious to people how libraries make things like this [book] possible,” Skloot said. “I knew how important librarians were to writers in different ways. When I work on a story, the first thing I do is go find a librarian wherever I need to be, because they not only know the people and the history, but they also have databases. Their job is to help look for information. Librarians are sort of my favorite people.”

Skloot tracked down and called Henrietta Lacks’ daughter, Deborah, who was a toddler when Lacks died. She realized from the first phone call that Deborah was interested in the idea of a book being written about her mother, and wanted to know who her mother was. It was an exciting yet terrifying notion for Deborah, Skloot said. To connect with Deborah, Skloot had to earn her trust.

“Part of how I won her trust was I went and tried to find as much as I could about Henrietta,” Skloot said. “I went to Clover, Virginia, this tiny town where Henrietta grew up, and the first place I went was the local library in South Boston, Virginia.”

The librarian showed her personal handwritten notes and pieces of paper from the 1900s that had “some of the most incredible narrative history” making it possible for Skloot to bring Henrietta to life, she said. She used everything the librarian was able to provide and incorporated those details into her book.

“Those scenes of Henrietta bouncing that baby and what the town looked like, that was stuff librarians helped me put together without knowing that’s what they were doing,” Skloot said.

In addition to the crucial role librarians serve in providing information, libraries also make books available, accessible and free to the community.

“Plenty of people can go to bookstores and buy a book, but a lot of people can’t,” she added. “Libraries all around the world held discussion groups about the book. They provided it to people who couldn’t get access, which would have included the Lacks family.”

Since it was originally published in 2010, Skloot’s book has sold more than 2.5 million copies and spent more than 75 weeks on The New York Times’ best-seller list. It was recently turned into an HBO film, starring Oprah Winfrey and Rose Byrne, and will premiere April 22.