Medicine After the Holocaust

Ethicists cite a slippery slope between eugenics and genetics

Medicine After the Holocaust 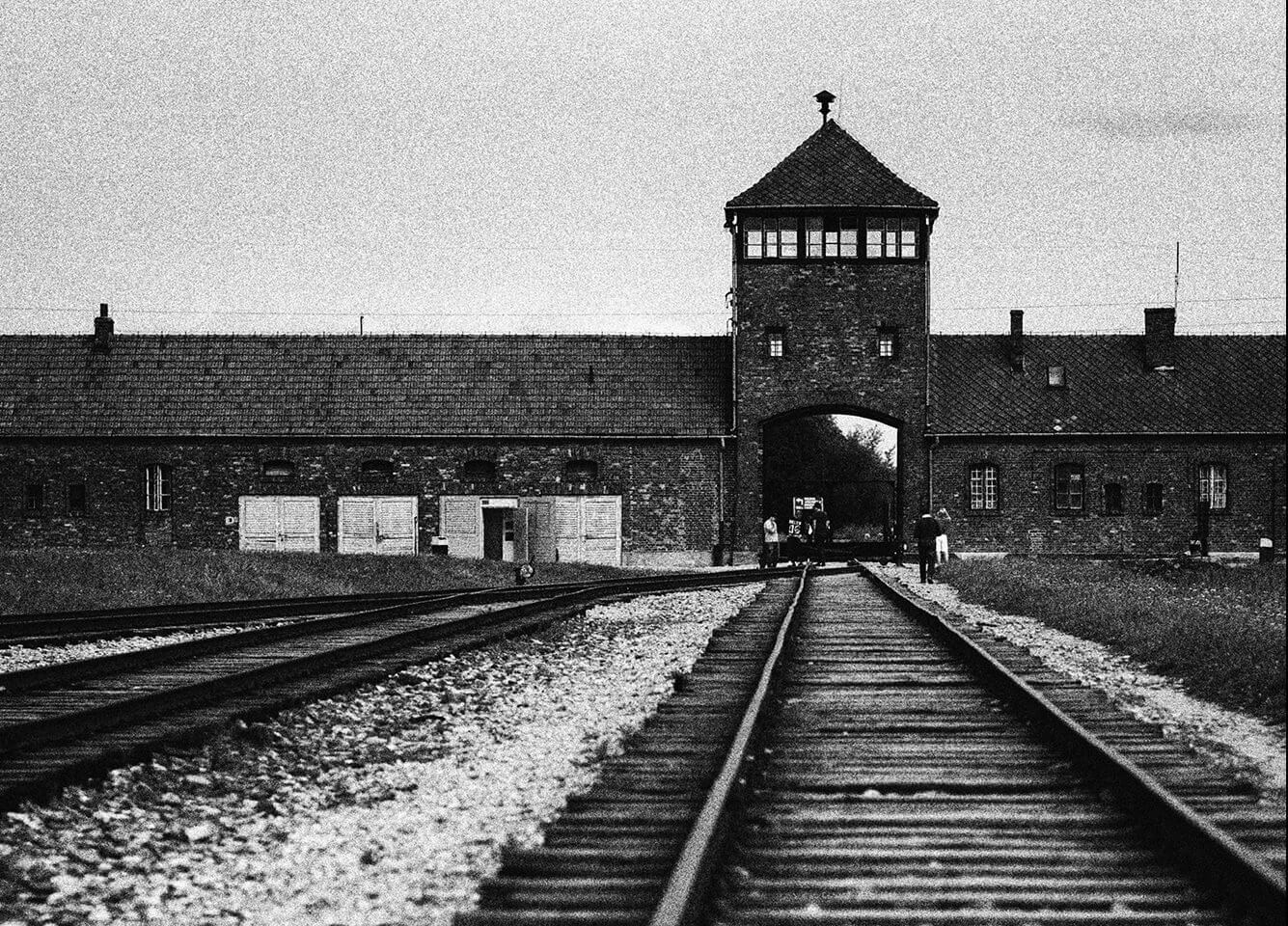 Since 2011, Sheldon Rubenfeld, M.D., a clinical professor of medicine at Baylor College of Medicine, has been leading groups of doctors, professors and researchers through Europe to follow the progression of medicine during the Holocaust.

In May, he will take a group to Nuremberg to honor the 70th anniversary of the Nuremberg Code, a landmark document that outlined the rules and medical ethics surrounding research experiments on humans.

Rubenfeld, executive director of the Center for Medicine after the Holocaust, says that the eugenics policies enacted by the Nazis are not only applicable to modern medicine, but were influenced by eugenics policies in the United States in the early 20th century.

“If you trace the history of medicine’s involvement in the health care policy of the Third Reich, which they called ‘applied biology’—applying eugenics to eliminate people they considered inferior from first reproducing, secondly marrying and finally from living—you can begin to understand the need for medicine during the Holocaust to be taught in medical ethics courses today,” Rubenfeld said.

By the early 1900s, Americans had become captivated by eugenics, a philosophy that stemmed from Charles Darwin’s theory of natural selection. Eugenics is defined as the science of improving a human population by controlled breeding, in order to increase the occurrence of desirable inheritable characteristics.

“We didn’t understand genetics at the time, but we were using theories of inheritance to rid the population or prevent certain members of the population from procreating through forced sterilization,” explained Amy McGuire, J.D., Ph.D., director of the Center for Medical Ethics and Health Policy at Baylor College of Medicine.

In 1896, Connecticut was the first state to prohibit people who were “epileptic, imbecile or feeble-minded” from marrying. Other states soon followed suit. Over the next 30 years, additional laws passed mandating sterilization for people held in mental institutions, individuals with low IQs and violent criminals. From 1907 to 1963, more than 60,000 individuals were forcibly sterilized in the United States.

“Hitler realized this philosophy was very powerful and he decided to take advantage of it because it was a medical philosophy that had already been in place throughout the western world for the past 30 years,” Rubenfeld said. “Implementing eugenic policies … eliminated the high cost of caring for the genetically ill and kept the Aryan race pure.”

Before the Jewish population of Europe was forced into concentration camps, the goal of the Nazi regime was to purify the German race. By 1935, Germany had adopted the Nuremberg Laws, which excluded German Jews from citizenship and forbade them from marrying or having sexual relations with persons of “German or related blood.”

The regime only provided medical care to healthy Germans and began mass sterilizations of “feeble-minded” Germans and people with alleged genetic deformities.

During his trips to Europe, Rubenfeld and his group visit concentration camps and hospitals that were in operation during the Holocaust. This year, in addition to Nuremberg, they will stop at Auschwitz, Goethe University’s Institute for the History and Ethics of Medicine, and Hadamar Euthanasia Centre.

Hadamar Euthanasia Centre “looks like any other hospital you’ve ever been to—St. Luke’s, Methodist, all white walls,” Rubenfeld said. “And then you go down to the basement. The white walls become cinder blocks and you pass a dissection room before walking into a gas chamber. The gas chambers were put into hospitals originally with the intent of providing ‘mercy killings’ to disabled Germans, not the Jewish population.”

As the Nazi regime gained more power and control of Europe, what began as a goal to “cleanse” the German population turned into a plan to rid the world of Jewish and non-Aryan people. Concentration camps were used to not only kill Jews but also to conduct research.

“In human subjects research, the Germans did very good science,” Rubenfeld explained. “Their methods and their scientific protocols were good except for one thing: when they should have been using animals, they were using humans.”

By the end of the war in 1945, millions had been killed. The doctors who implemented applied biology and participated in the mass murders were brought to trial by the United States, Russia, Great Britain and France during what came to be known as the Nuremberg Trials.

“When they had war crime trials after the war, there was one war crime trial for physicians, and it mostly focused on human subjects research experiments … and they came out with what is called the Nuremberg Code,” Rubenfeld said.

The Nuremberg Code, established in 1947, states “voluntary consent of the human subject is absolutely essential” to research. Although it addressed the travesties and cruelty of human subjects research, it did not address the eugenics policies enacted by Nazis to eliminate Germans deemed genetically inferior.

“Nuremberg is a very important place, because it is not only where the Nuremberg trials were held and the code was created after the war,” Rubenfeld said. “But it was also a site where some of the biggest Nazi rallies were held and where the 1935 Nuremberg Laws were passed essentially prohibiting all non-Aryans from citizenship.”

Along with the Nuremberg Code, bioethics courses have been integrated into medical school curricula, and researchers like Rubenfeld have dedicated their careers to examining the ethical responsibilities of physicians to their patients and society. In January, many like-minded doctors and researchers gathered at the Texas Medical Center for a “Bioethics After the Holocaust” conference—among them, Matthew Wynia, M.D., director of the Center for Bioethics and Humanities at the University of Colorado Anschutz Medical Campus.

“The minute you start making applications of something that happened then to anything that is happening now, people will say, ‘That’s an inappropriate comparison, you’re playing the Nazi card.’ The research abuse that is happening today is not going to be directly comparable to intentionally infecting two young girls with typhus and when one of them dies, dissecting both to see what the difference is,” Wynia said at the conference, citing a well-known Nazi experiment. “That’s not happening today, yet we have to figure out a way to learn from that history.”

Rubenfeld argues that eugenics has been transformed, consciously, by scientists.

“You hardly ever hear the term eugenics used today, but you probably know the term medical genetics,” Rubenfeld said. “If you do prenatal testing and find a fetus with a gene that the parents don’t want, you eliminate that fetus. That is called medical genetics… seems like a good thing, but it is also called eugenics because you decided that whatever you are eliminating is an inferior fetus and you’re getting rid of it.”

Rubenfeld points to other examples of eugenics in modern society, including the one-child policy in China, which skewed the birth ratio so much that, by 2005, China had 32 million more males under the age of 20 than females, according to the British Medical Journal.

“In China, because of the birth restrictions, their society has said that to be female is inferior,” Rubenfeld said.

In addition, in vitro fertilization clinics that allow parents to select fetuses based on sex, potential talent, eye color, skin color and other genetic traits have applied genetic technology to non-life-threatening situations.

“We certainly use genetic testing as a way of controlling the population—like avoiding devastating disease that will cause tremendous suffering,” McGuire said. “It is a slippery slope when we start talking about using genetic and genomic technology to do sex selection. That suggests that there is a socially undesirable trait, whether it is being male or female, that any given individual is trying to avoid—or, in the case of countries like China, that an entire population is trying to avoid.”

For Rubenfeld, staying vigilant and informed about the medical lessons of the Holocaust can only improve the future. He will never forget.