The Intersection of Arts and Medicine 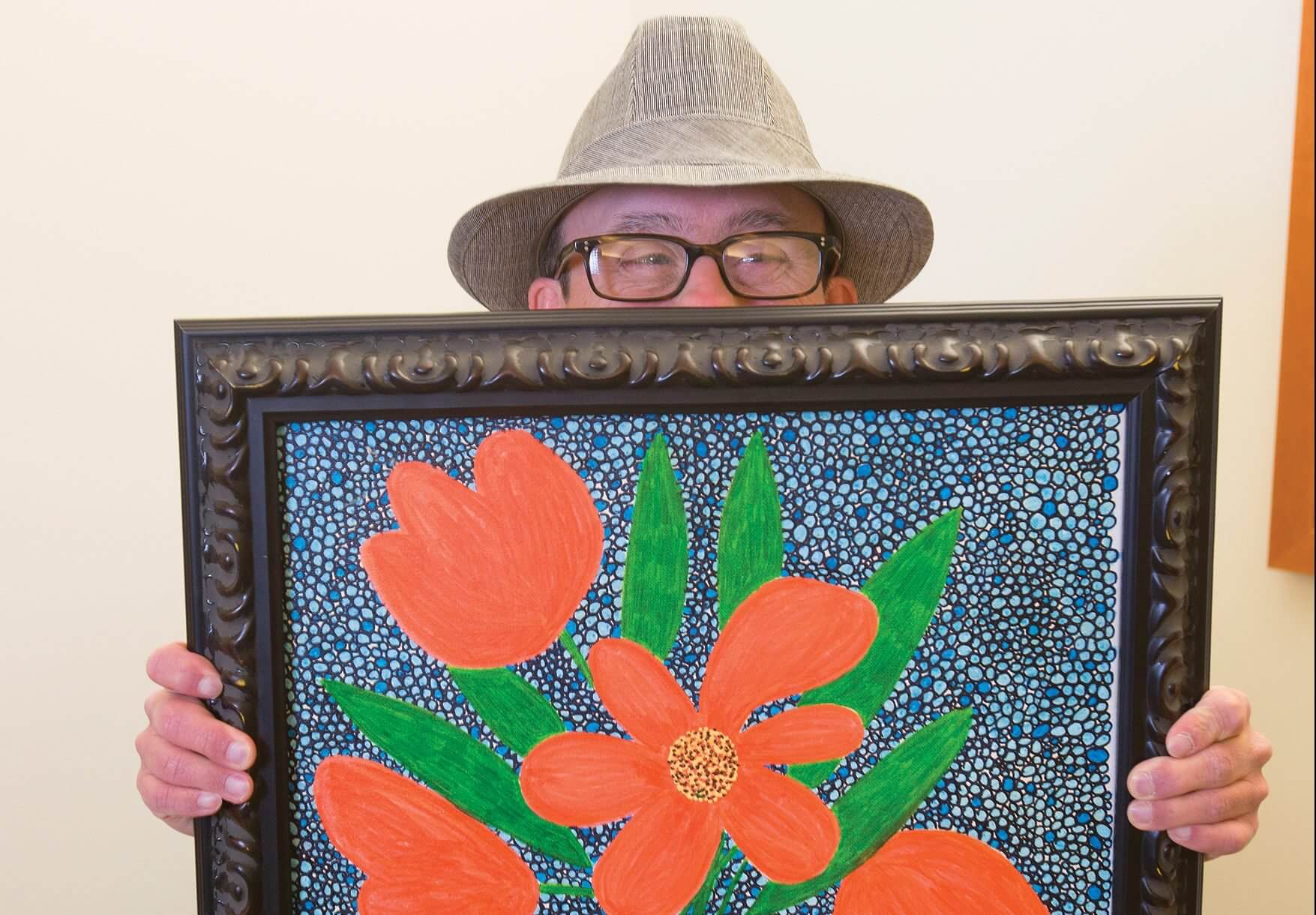 Brandon Lack has been creating art since he was a child. His circles, squares, colors and doodles have evolved into cherished artworks that can be found in public places and private homes in Texas.

“When he was a toddler, he would sit down and fill tablets with pictures,” said Katherine Murray, Lack’s mother. “It was the way he soothed himself when he wasn’t feeling well.”

Life hasn’t been easy for Lack, 42. He was born with Down syndrome. Several years ago, he was hit by a car and broke his clavicle and ankle. He suffers from severe respiratory issues that will plague him for the rest of his life. And he has been diagnosed with cancer.

“Two and a half years ago, Brandon was diagnosed with bladder cancer,” Murray said. “It was a really tough time for all of us and Brandon could feel how stressed out we all were about it. The week after the diagnosis, Brandon’s artwork went to a whole new level.”

Lack’s work tends to reveal his moods, so his paintings can be very different depending on what he is going through.

“When he is having a bad day and not feeling well, he draws very harsh shapes,” Murray said. “He has one piece that is all squares and circles inside of other circles—he made that on a really bad day. I love the pieces he makes on a good day because they are so free-flowing; those are my favorites.”

Lack draws inspiration from places he has been, pictures he has seen and images that appear in his mind.

“I like squares, circles. I like colors and mixing them and it makes me happy,” explained Lack, ordinarily a man of few words.

Three days a week, Lack and his mother travel from their home just south of Austin to see doctors in the Texas Medical Center. To treat his bladder cancer, which is now in maintenance, they visit doctors at Houston Methodist Hospital. For regular checkups, they see Cynthia Peacock, M.D., at the Transition Medicine Clinic at Baylor College of Medicine, which treats individuals with developmental and genetic conditions as they move into adulthood.

“Brandon has been coming to the Transition Medicine Clinic for about four-and-a-half years,” Peacock said. “We just started to discover his talents through our process—trying to understand what he does socially and what he does for work. I was just enamored with his work when I first saw it. He is very artistic and he uses form in a different way; he uses circles for leaves and I think it is exceptional.”

As part of the Free from Limits initiative Lack and his family established, which honors individuals and organizations that demonstrate respect for marginalized groups in meaningful and beneficial ways, Lack and his mother recognized Peacock for her ongoing commitment to her patients. For this honor, Peacock was presented with an original painting by Lack.