Arriving at a Decision

Arriving at a Decision 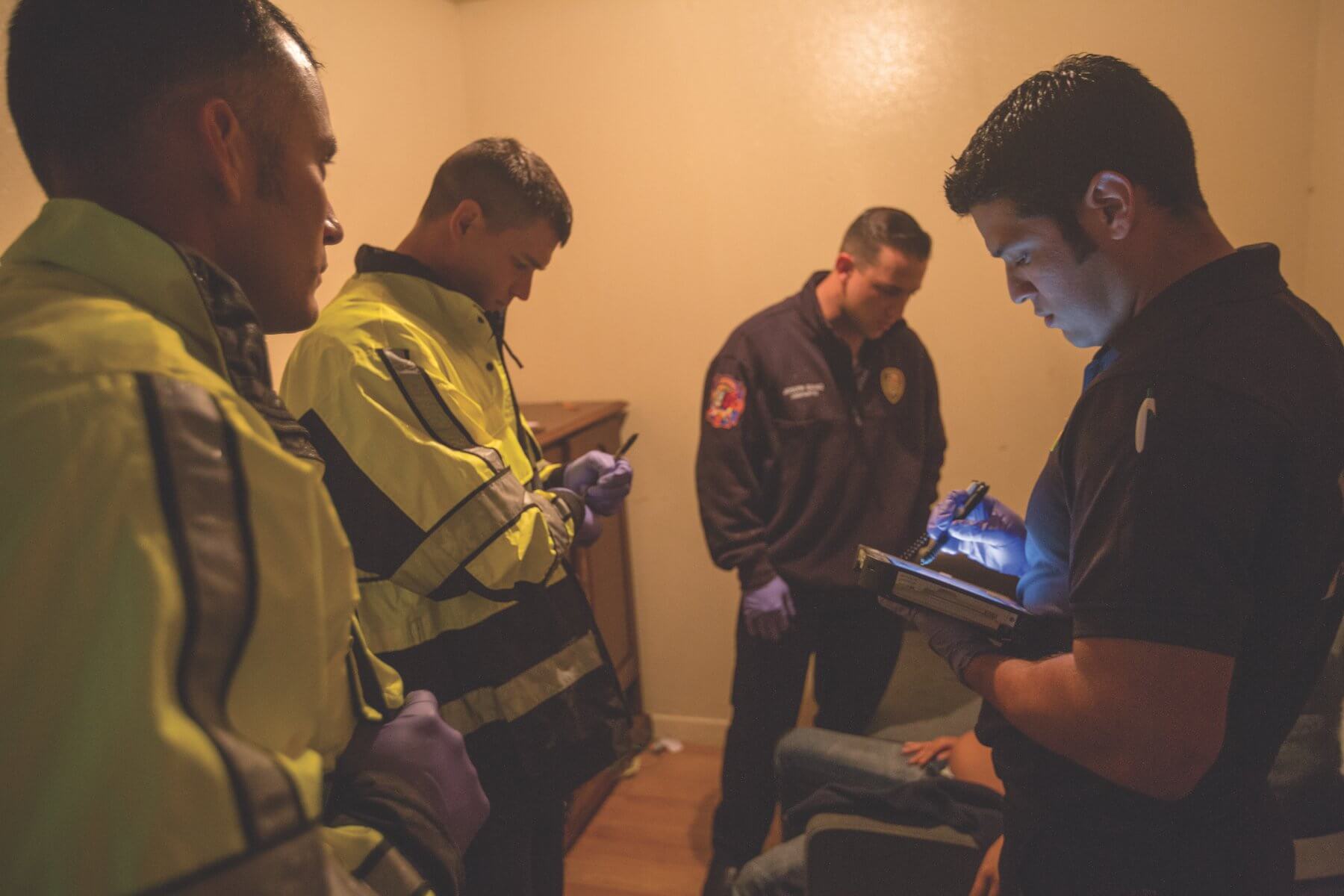 On a recent rainy morning, a man complaining of chest pains called 911, and Houston Fire Department Squad 46 was assigned the call. During the short drive to the man’s home, paramedics discussed what they might encounter when they got there.

“Chest pains” can mean any number of things, from heartburn to full cardiac arrest. In this case, the 49-year-old man explained that he had started to feel a tingling sensation in his left arm after feeling poorly for the past few days.

The paramedics took his vital signs and sent him to the hospital. In fact, he went to the hospital in another squad’s ambulance because the Squad 46 ambulance had to attend to another call.

The entire process, from responding to the 911 call to helping admit the man to the hospital, took more than an hour. In this instance, it was an emergency situation. But typically, that is not the case.

The Houston Emergency Center handles 9,000 calls per day, but only 2,500 to 3,000 are true emergencies, said Joe Laud, administration manager for the center. Over the past decade, the city has tested different programs to help decrease the number of people being transported unnecessarily to emergency rooms.

Since 2014, the ETHAN (Emergency Tele-Health and Navigation) project has proved effective, streamlining 911 calls and trimming the time it takes to get patients the care they need.

Emergency medical technicians (EMTs) can spend up to 90 minutes with one patient, said Michael Gonzalez, M.D., associate medical director of the Houston Fire Department (HFD) and director of the ETHAN project.

“Houston is the middle of a perfect storm,” Gonzalez added. “When the oil industry was doing well, it attracted lots of people here, to the point where some 10,000 people were moving here per month. That growth is nearly impossible to keep pace with.”

Gonzalez said a typical “low acuity” emergency call goes something like this: A woman calls 911 and tells the operator she can’t breathe. When the EMTs arrive, they discover the reason she can’t breathe is because she has run out of medicine for her asthma inhaler. She called 911 because she doesn’t have a ride to the doctor or hospital, where she can refill her prescription.

Led by the HFD, ETHAN matches 911 callers in less severe situations with primary care resources in the community. Already, the project has reduced the time EMTs spend with certain 911 callers from 90 minutes down to about half an hour.

Here’s how it works: After a fire truck or ambulance arrives on a 911 call, EMTs asses the patient. If the health situation appears serious or life-threatening, the patient is sent to the emergency room. If that level of care is not deemed necessary, a doctor trained in emergency medicine will talk to the patient via video and advise EMTs on the best course of action—though doctors do not provide a medical diagnosis.

At this point, multiple scenarios are possible. The doctor might book an online appointment at one of the 26 clinic partners across the city and call the patient a cab through a partnership with Yellow Cab; the patient might be given home care instructions and a referral for a follow-up; or the patient might be sent to the emergency room, after all.

All firefighters in the HFD are cross-trained for emergency services and use ETHAN, which operates out of the Houston Emergency Center. About 90 fire stations cover some 670 square miles of Houston. HFD ambulances made about eight runs per day in 2015, according to statistics published by the city.

ETHAN is a city collaboration funded through the Medicaid 1115 Waiver program, which promotes innovative health care delivery methods. Since the project began, HFD has had some 8,000 ETHAN encounters, Gonzalez said. Not only does ETHAN free up ambulances for other calls, but it also saves patients from the costs associated with ambulance rides and emergency room visits.

“What we care about most is providing the best possible care to our community and using our crews efficiently,” Gonzalez said. “That can mean providing some education to convince people to take the ETHAN option. We aren’t treating the person, but rather assessing to appropriate level of medical concern, and where they need to go.”