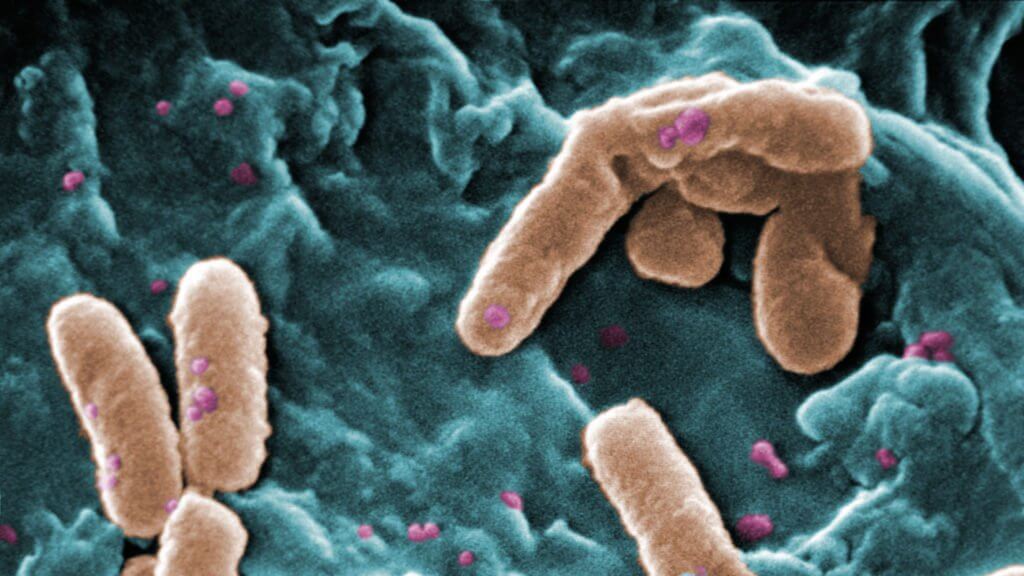 The World Health Organization (WHO) recently released a list of bacteria “for which new antibiotics are urgently needed.” The WHO’s first-ever prioritized list of antibiotic-resistant pathogens highlights critical areas of focus for scientists around the globe. For many researchers at Texas Medical Center institutions, the list reaffirms the strategies they are already implementing to address this significant threat to global health.

Antibiotic-resistant bacteria infect at least 2 million people each year, and at least 23,000 of those people die from their infections, according to the Centers for Disease Control and Prevention (CDC). The WHO’s list is intended to encourage both the private and public sectors to increase funding for research into new drugs and methods for stopping this growing threat.

“This sets the tone and gives justification as an impartial assessment of the problem on a global basis,” said Vincent H. Tam, Pharm.D., a professor in the Department of Pharmacy Practice and Translational Research at the University of Houston College of Pharmacy. “It gives funding agencies a reason to focus on initiatives and channel resources to targeting this problem.”

The list divides 12 pathogens into three priority tiers: critical, high and medium. All three of the pathogens listed as critical are resistant to the carbapenem type of antibiotic. This is significant, because this class of antibiotics is often the drug of last resort for bacterial infections.

“Carbapenems have been heavily relied upon in the past decade, if not longer, as our go-to drugs,” Tam said. “Now we are seeing that even our most reliable drug is losing efficacy. We either have to try options that are much more toxic, which we don’t like, or we have to use drugs that may not have a proven track record of effectiveness.”

Bacteria can become drug resistant in multiple ways, but it often boils down to mutation. For example, genes native to the bacterium can mutate and affect the drug’s ability to bind to the molecules it’s intended to target. Alternatively, the bacterium can acquire antibiotic-resistant genetic material from other bacteria.

“The immune system and a pathogen are in an arms race of evolution in which the immune system is constantly changing the antibodies that we produce, trying to make ones that are more and more effective at getting the pathogen, while the pathogen is constantly changing itself so that it can escape the next round of antibodies,” said Susan Rosenberg, Ph.D., Ben F. Love Chair in Cancer Research and a professor of molecular and human genetics, molecular virology and microbiology, and biochemistry and molecular biology at Baylor College of Medicine. “What antibiotics do is they kill cells or stop them from growing, reducing the number of a pathogenic bacteria the immune system has to cope with.”

When antibiotics are no longer effective, the balance tips toward the bacteria and the immune system can become overwhelmed.

Overuse of antibiotics is a contributing factor to the increased threat of antibiotic resistant bacteria, Tam and Rosenberg noted. This includes both overprescribing antibiotics to patients, as well as feeding them to livestock as a way to promote greater and faster growth.

“If your job is to grow chickens as quickly and large as possible, this is an efficient way to increase your profit margins,” Tam said. “But it is a short-sighted approach because, yes, we’ll get bigger chickens, but we’re going to have to pay a huge price down the road.”

The price? Enabling bacteria to mutate faster and more efficiently.

“Liberal use of antibiotics is almost certainly promoting resistance,” Rosenberg said. “Labs have shown that antibiotics can turn up the mutation rate in bacteria and cause resistance mutations, in addition to killing non-resistant competing bacteria, so it’s a bad idea to use antibiotics where they are not needed.”

At Baylor, Rosenberg’s work focuses on one of the strategies called for in the WHO report: to develop fundamentally new kinds of drugs to stop these pathogens.

“What we’re doing now is something very, very different,” Rosenberg said. “We’re trying to develop drugs that would slow down the bacteria’s ability to evolve.”

These new drugs have the potential to treat not only antibiotic-resistant bacteria, but also cancer, she said, by slowing down cancer cells’ ability to form new mutations and allowing the immune system to catch and eliminate them. The proliferation of cancer and bacteria, she added, are both “processes of evolution.”

Tam’s research at the University of Houston takes a different approach: repurposing drugs.

“We are looking at drugs that are already on the market and FDA-approved and trying to see if we can use these drugs to address some of the medical needs that we do not have solutions for,” Tam said. Strategies include trying to optimize older drugs by changing how they are used, as well as combining them with other agents to increase efficacy.

This touches on another of the WHO’s directives: ensuring “appropriate use of existing antibiotics in humans and animals,” since a singular approach will not solve what is becoming an increasingly widespread worry.

“It’s a good time to be thinking outside of the box on this problem,” Rosenberg said.