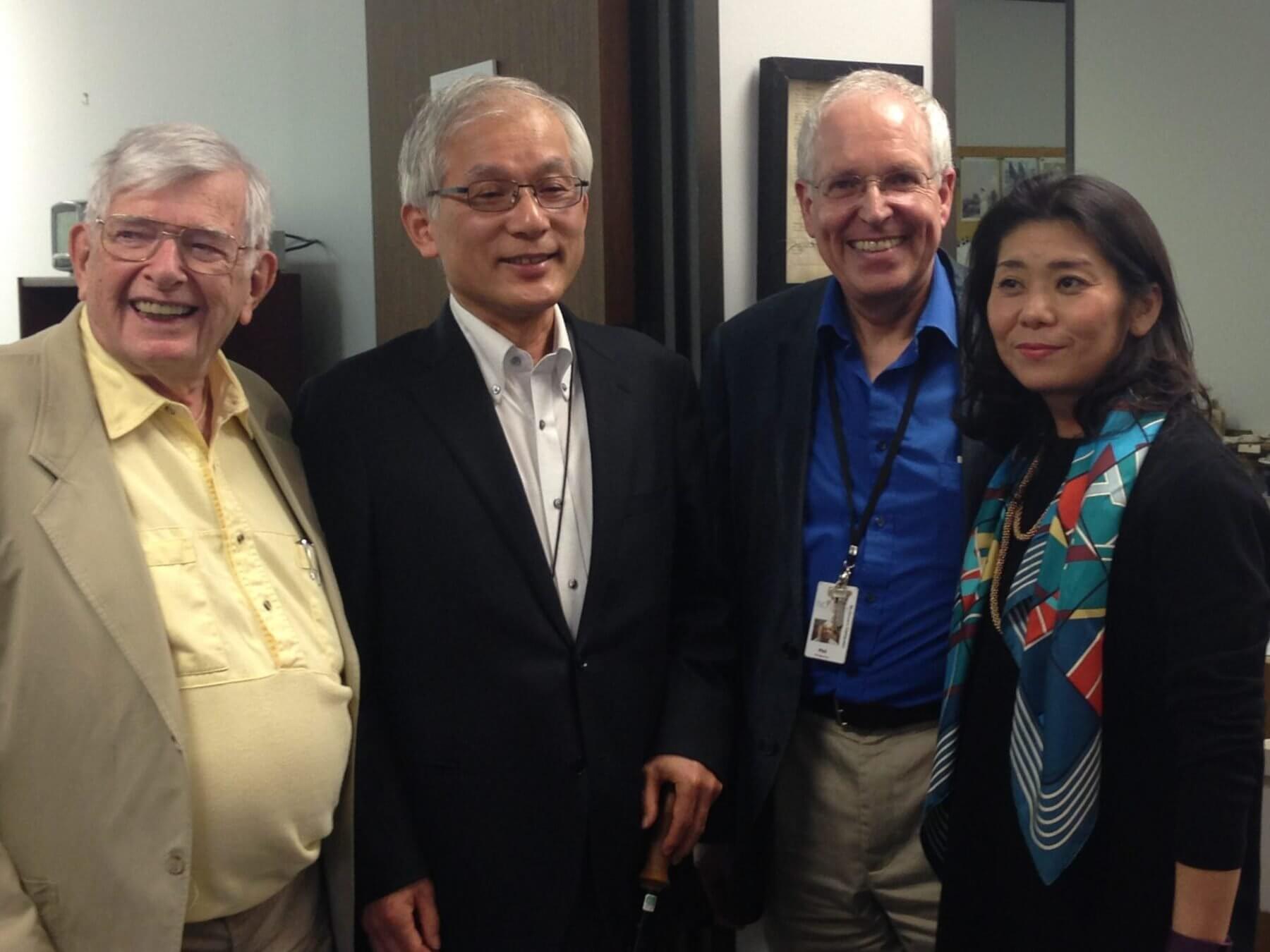 Japanese archivists and historians visited the TMC Library’s McGovern Historical Center on Wednesday for a ceremony marking the end of a project to digitize the records of the Atomic Bomb Casualty Commission.

“We have to take these opportunities to think again about past wars,” said Masahito Ando, Ph.D., a professor of archival science at Gakushuin University in Tokyo who led the project with fellow archivist Kaori Maekawa, Ph.D. “The duty of historians and archivists is to keep and convey memories.”

Preserving the past, Ando added, helps us avoid repeating mistakes in the future.

The Atomic Bomb Casualty Commission (ABCC) was established by the U.S. National Academy of Sciences in 1946—one year after the U.S. dropped atomic bombs on Hiroshima and Nagasaki—to study the effects of nuclear radiation on survivors and their children. A joint enterprise of the U.S. and Japan, the commission lasted until 1975, when it was succeeded by a nonprofit, the Radiation Research Effects Foundation.

The digital archive now available at the McGovern Historical Center gathers official ABCC records that include minutes from meetings, technical reports, annual reports, photographs and more. This rare collaboration with Japanese historians and archivists aims to provide more information about the effects of radiation to the public, policymakers and survivors of atomic bombings, testings and radiation accidents, said Philip Montgomery, MLIS, CA, head of the TMC Library’s McGovern Historical Center.

“The whole point is, we want to discourage the use of radiation in a weaponized manner,” Montgomery said.

This project began in Washington, D.C., with Japanese archivists digitizing the ABCC records for their own purposes. When they decided to make the material available to a broader population, they asked the McGovern Historical Center to store the digitized records and determine the best way to share them with a wider audience.

“We will work now for the next year developing a website and figuring out how to present the material,” Montgomery said.

The McGovern Historical Center already has vast holdings of unofficial atomic bomb records—including diaries, photos and letters—thanks in large part to R. Lee Clark, M.D., the first president of MD Anderson Cancer Center. Clark recruited people from the ABCC to work in the Texas Medical Center, so many of their records ended up in the TMC archive.

Included in the holdings are the papers of William J. Schull, Ph.D., professor emeritus of genetics and epidemiology at The University of Texas Health Science Center at Houston’s School of Public Health. Schull, who attended Wednesday’s ceremony, joined the ABCC in 1949 and spent decades traveling to Japan and studying the genetic impact of radiation on human health. In honor of his service to the Japanese people, Schull received the Order of the Sacred Treasure, Third Class from the Emperor of Japan in 1992.

“There is a very poor archive system in my country, and it is a very serious problem,” Ando said. “We have to bring back history to the hands of ordinary people.”