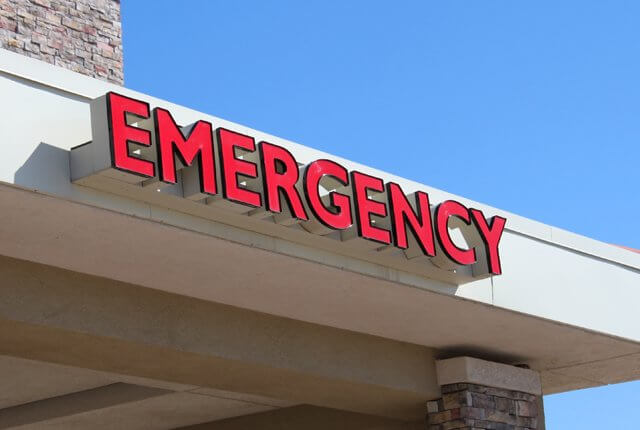 The rapid growth of freestanding emergency departments in Texas has been accompanied by an equal increase in use at relatively high prices that lead to sizable out-of-pocket costs to patients, according to new research by experts at Rice University, Baylor College of Medicine, the University of Texas Health Science Center at Houston (UTHealth), the Michael E. DeBakey VA Medical Center and Blue Cross and Blue Shield of Texas (BCBSTX).

The research, published in the Annals of Emergency Medicine, analyzes more than 16 million insurance claims processed by BCBSTX from 2012 to 2015 to track the growth in use and prices for freestanding emergency departments relative to hospital-based emergency departments and urgent care centers in Texas.

“These findings are significant for both patients who find themselves in need of immediate care, as well as for the overall health care system,” said research co-author Vivian Ho, the chair in health economics at Rice’s Baker Institute for Public Policy and director of the institute’s Center for Health and Biosciences. “Many patients mistakenly think that freestanding emergency departments and urgent care clinics are similar, because they are often conveniently located in neighborhood shopping centers with modest storefronts.”

Ho said patients don’t realize the price difference for these two types of facilities until they receive the bill for their out-of-pocket payment. The total price of a freestanding emergency room visit averaged $2,199 in 2015 versus $168 for an urgent care clinic visit. But in each case, patients were expected to pay roughly one-third out of pocket. The average price for similar treatment at hospital-based emergency departments was $2,259 and patients would have paid 33 percent out of pocket for treatment there.

“The rapid growth in freestanding emergency rooms has often occurred in areas where they are easily confused with urgent care centers,” said Jack Towsley, divisional senior vice president of health care delivery, BCBSTX. “This is concerning because charges at freestanding emergency rooms are often more than 10 times higher than urgent care centers. In many cases, these facilities do not contract with insurers and are out-of-network for patients, making patients responsible for more of the cost. Recognizing which health conditions are true emergencies and which conditions are best treated by going to a local urgent care facility or doctor’s office can save time, money and reduce overall health care costs.”

“The sticker shock is alarming,” Ho said. “Insurers are being forced to pay higher prices for many health care services at freestanding emergency departments that could have been dealt with at much lower cost. These unnecessary medical costs then get passed onto all insurance consumers in terms of higher premiums.”

The paper also discusses possible regulatory solutions to address inappropriate use of freestanding emergency departments, including limiting the amount for which these departments can balance bill patients for out-of-network care, meaning the difference between what a patient’s health insurance agrees to reimburse and what the provider chooses to charge, and requiring they display the logos of insurance companies with negotiated in-network rates, similar to businesses displaying the logos of credit card companies.

“Our findings suggest that careful thought must be applied when one designs insurance plans and policies that cover freestanding emergency departments so that utilization of new services is delivered in a cost-effective manner,” the authors concluded.

“Comparing Utilization and Costs of Care in Freestanding Emergency Departments, Hospital Emergency Departments and Urgent Care Clinics” was also co-authored by Cedric Dark of Baylor College of Medicine; Ellerie Weber of UTHealth’s School of Public Health; and Leanne Metcalfe, Lan Vu and Howard Underwood of BCBSTX. Ho is also a professor of economics at Rice and a professor of medicine at Baylor.

The study was funded with a grant from the Texas Medical Center Health Policy Institute.