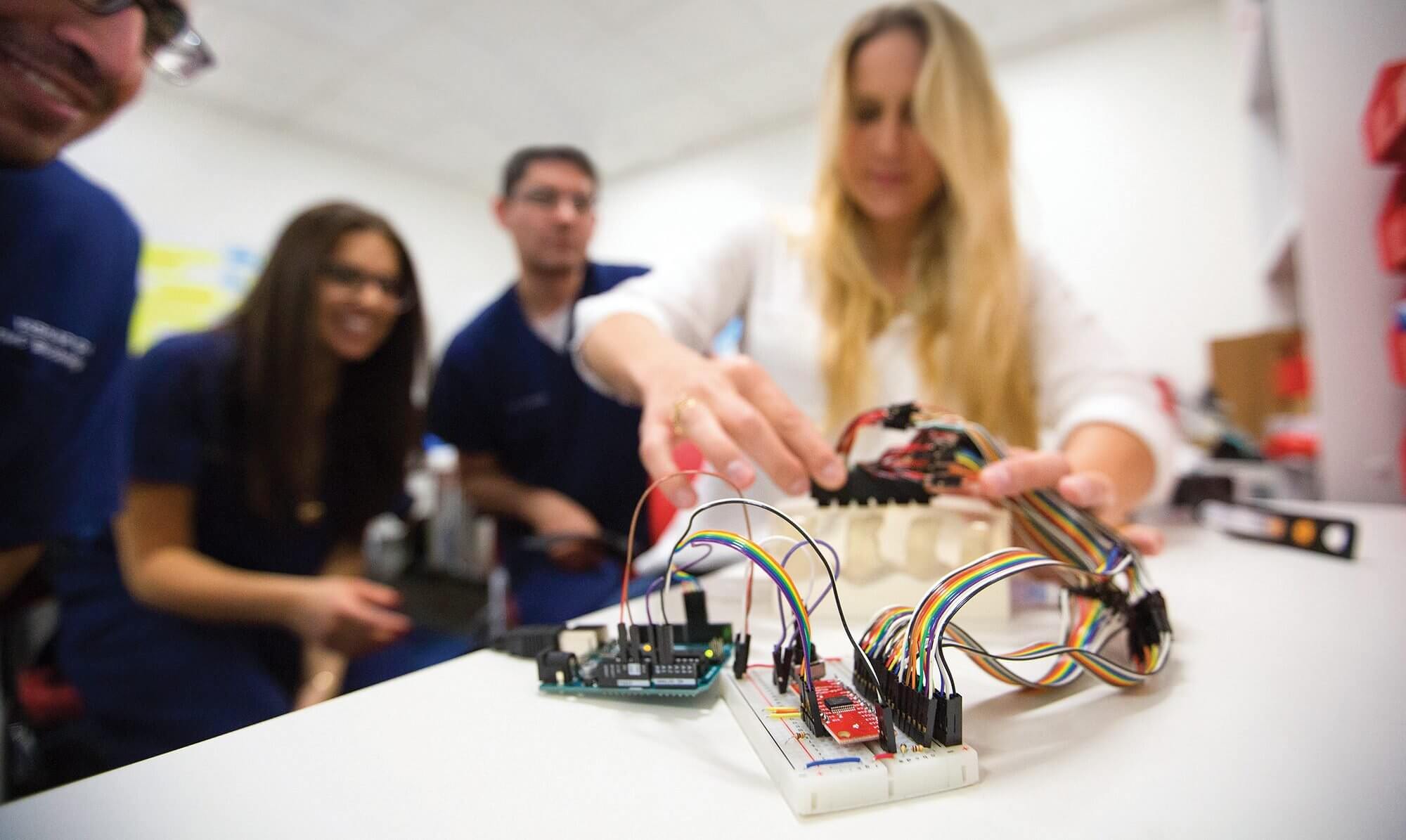 IntuiTap Medical wants to change that, with a device that uses imaging technology, pressure sensors and predictive analytics to make the process more accurate and more comfortable for patients.

The award-winning company, launched at the Texas Medical Center in 2016, set up shop in Johnson & Johnson Innovation’s JLABS @ TMC in February 2017. 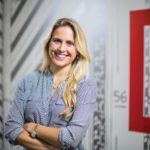 “We are continuing to move forward,” said Jessica Traver, co-founder and CEO of the women-led company. “We want to close our seed round in the next couple of months, do a clinical test in the next six months and submit to the FDA in the next year.”

When Traver, 25, speaks to investors, she often compares the IntuiTap to a “stud finder” that locates the spot between the vertebrae where the needle needs to go. It’s difficult to find someone who hasn’t had an issue with a spinal tap or epidural procedure, Traver said, because patients come in all shapes and sizes and the procedure is often done quickly— especially if the patient lands in the emergency room. 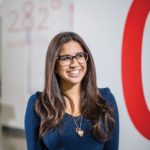 They rotated through different TMC hospitals, watching surgeries and trying to understand the needs of patients and health care professionals. After visiting emergency rooms and speaking with physicians who perform spinal taps and epidurals, the team decided to create a device that provides a real-time image of the spine’s vertebrae.

After graduating from the Biodesign program, the IntuiTap Medical team was accepted into the four-month medical device cohort at the TMCx accelerator, a program within the TMC Innovation Institute. That wrapped last November.

Moskowitz, 26, and Ganjeh have spent the past few months in Chicago, working with Insight Product Development to redesign the IntuiTap prototype with an eye toward ergonomics and adaptability in the operating room. They’re also working on the tactile sensor, the part of the device that measures information from its interaction with an environment—in this case, a person’s spinal column. The goal: a higher resolution image and greater accuracy. 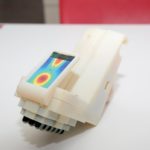 When the new prototype is complete, IntuiTap will begin bench-testing and start its institutional review board (IRB) study with both imaging and needle insertion. The IRB is a group formally designated to review and monitor biomedical research involving human subjects.

Getting to this stage was a protracted lesson in patience and perseverance. But in recent months, IntuiTap has gained national attention. The device won a Johnson & Johnson Innovation award and the 2016 HealthTECH Startup Competition. Traver also participated as a finalist in SoGal Ventures’ SoGal Summit, which supports female entrepreneurs. In addition, Traver and Moskowitz made the Forbes 30 Under 30 list for health care.

Forbes pored over more than 15,000 applications to build a list of 600 young entrepreneurs in 20 different industries to honor in 2017.

“It has been an incredible journey—throughout and beyond our TMC fellowship and accelerator experiences—learning, implementing and living the biodesign process,” Moskowitz said. “And it is truly humbling to be recognized like this along the way. To me, it is not only unexpectedly exciting recognition for our team, but also validation for the important role the TMC Biodesign process—that is, a uniquely comprehensive, needs -based approach—plays in solving health care problems for our and future generations.”