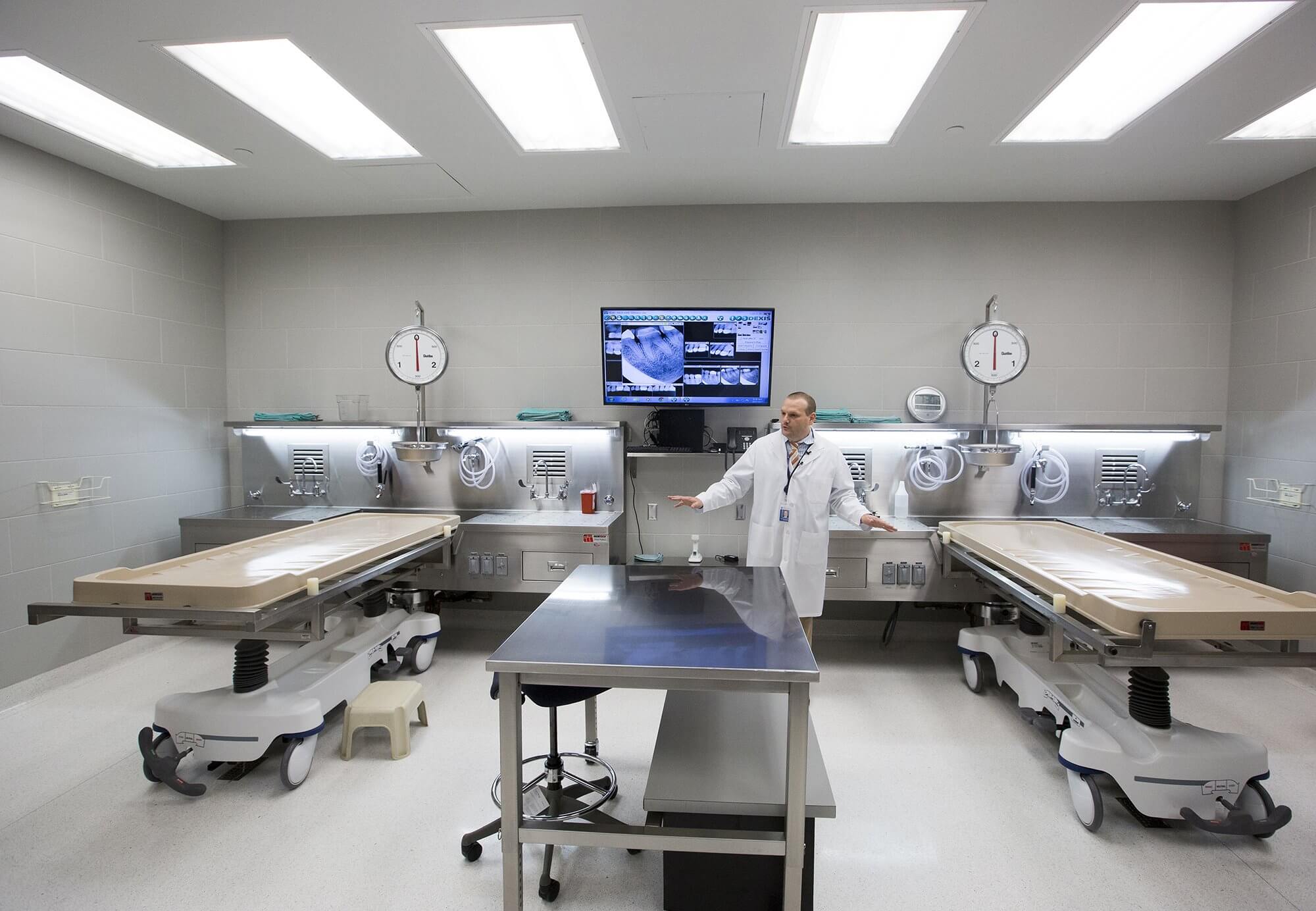 The stainless steel gleams, and each laboratory space in the new Harris County Institute of Forensic Sciences (HCIFS) facility is bathed in natural light. After nine years of planning, the building is complete, and the official ribbon cutting is scheduled for March 16.

A running theme during a tour of the 210,000-square-foot building Wednesday was how much better-suited the facilities are for the work the institute does, according to executives, laboratory managers and architecture experts.

And new features of the building include an auditorium to host training and educational programs, a separate forensic anthropology research area and a 35-foot-long firearms range where technicians can test fire arms in two areas simultaneously. An enlarged autopsy room can now accommodate seven forensic pathologists, whereas the larger autopsy room in the old space could handle only four. In total, there are 16 autopsy suites in the new building.

Robert Owens, associate principal for Page Southerland Page Inc., the architect in charge the project, speculated that the old space was roughly half of the size, making a bigger facility a welcome change for the institute, which investigates approximately 300 deaths per month.

A drug chemistry laboratory that looks like it was lifted straight from a “CSI: Crime Scene Investigation” episode processes 10,000 cases per year and has approximately 200 cases in progress at any given time, said Kay McClain, manager of the drug chemistry lab. However, while the instruments can test samples within minutes, crimes are not typically solved in 60 minutes like they are on “CSI,” Sanchez said.

The $75 million building was funded by a voter-approved bond in November 2007, and construction of the new facility began in fall of 2014. The new digs come just in time for the forensic science institute to celebrate its 60th anniversary.

In addition to the new facility, HCIFS also has a DNA laboratory in the John P. McGovern Campus at Holcombe Boulevard and Almeda Road.