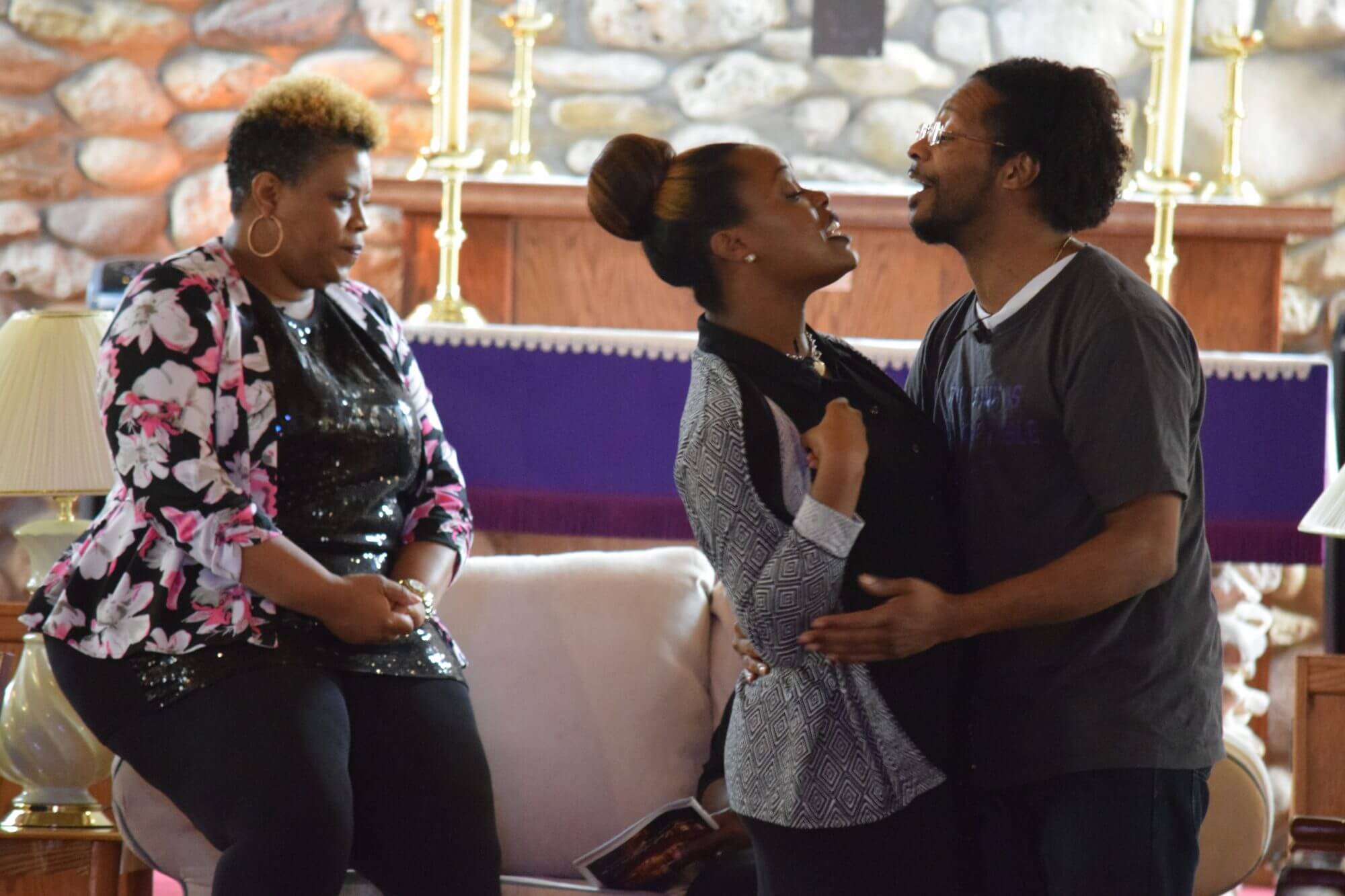 As part of the National Cancer Institute’s Screen to Save initiative, MD Anderson and other TMC member institutions were charged with getting 100 extra people screened for colorectal cancer by the end of the year. Screen to Save seeks to increase colorectal cancer screenings in racially and ethnically diverse communities, which aligns with Project CHURCH’s mission to better understand how environmental and social factors impact minority health and cancer-related disparities.

The 60-minute play, titled “The Marriage Test,” was written and produced by Thomas Meloncon, associate professor and department director of visual and performing arts at Texas Southern University, to educate the African-American community about colorectal cancer. It tells the story of a soon-to-be-married couple’s struggle to mentally cope with the news of a former flame’s colorectal cancer diagnosis. While the play focuses on the couple’s relationship woes, Meloncon weaves humor and colorectal cancer facts throughout the play’s dialogue to emphasize the need and urgency for screening and early detection.

Members of surrounding senior centers, employees from Texas Southern University and residents in the Third Ward area were invited to attend the play.

Colorectal cancer typically begins with a growth on the inner surface of the colon, called a “polyp.” Polyps are often benign, non-cancerous growths, however pre-cancerous polyps, called adenomas or adenomatous polyps, can develop into colon cancer if not removed. Colorectal cancer can also develop from abnormal cells in the colon or rectum lining.

Colorectal cancer is often asymptomatic and can only be detected with a stool test, sigmoidoscopy, colonoscopy or CT colonography. Because people affected by colorectal cancer don’t exhibit any physical symptoms, experts are urging people to be more proactive about screening.

“There’s this notion of, ‘I feel fine. I would know if I had cancer,’” said Milena Gould Suarez, M.D., associate professor of medicine-gastroenterology at Baylor. “I think what we really need is to drive home this message that it’s important to be screened because you don’t know that.”

And while the trend seems to be improving overall, cancer—including but not limited to colorectal cancer—affects the African-American population the hardest. Compared to other ethnic groups, they have the highest death and shortest survival rates for most cancers in the U.S., making outreach initiatives—such as Screen to Save—all the more important.

The general rule of thumb is to get a colonoscopy at 50, but because of the higher incidence rate in the African-American population, the American College of Gastroenterology and other experts recommend screening at 45 years old.

After the play, attendees were given informational handouts and free at-home screening kits, which can detect any type of blood or abnormality in the sample. The prepaid postage kits included a card that people can use to place a stool sample on and send off to a lab.

In addition, Hope Through Grace, a nonprofit organization that spreads colorectal cancer awareness, provided a 20-foot-long, 8-foot-high inflatable replica of the human colon for participants to walk through. The colon allowed people to view, up close and personal, the different types of polyps and the progression of colorectal cancer.

“Sometimes hearing ‘polyps’ and different [terms] like that doesn’t really mean anything to you, but to actually walk through it and see it gives you that understanding,” Adams said. “Hopefully, this [and the] play will inspire them.”