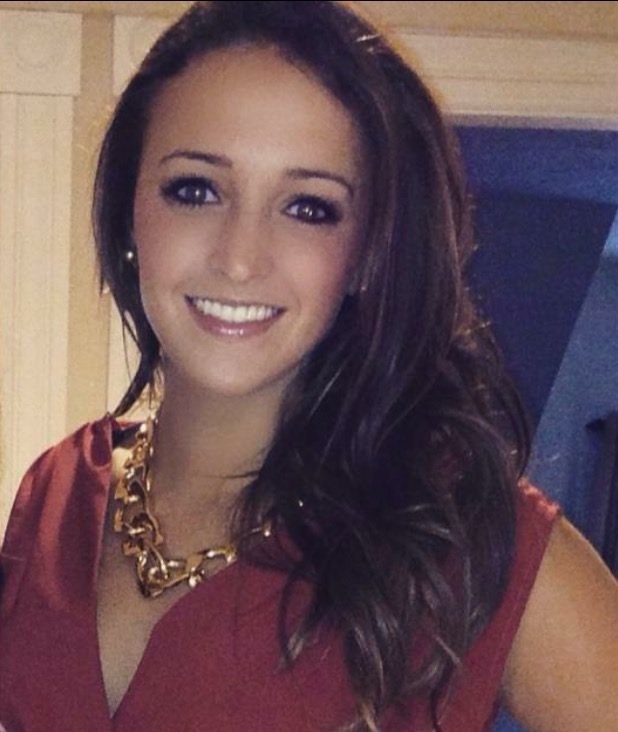 Being diagnosed with a disease—physical or mental—can be a frightening experience. Thoughts rush through your mind: how you will get better? How this will affect your loved ones, your work and daily activities?

But what if your doctor is wrong?

Brittany DiCapua was on vacation with her family in Florida in Jan. 2015 when she experienced a panic attack, the first she had in her life. When she returned home to Boston, her symptoms worsened.

After she became paranoid her family was trying to kill her, DiCapua’s family took her to a local doctor who diagnosed her with bipolar disorder.

“When they first told me I had bipolar disorder, my heart dropped,” DiCapua said. “The only time I had heard of someone having bipolar disorder was when I saw the movie Silver Linings Playbook, so in my head I thought, ‘Wow, I have two personalities. One is evil and one is nice and its going to haunt me for the rest of my life.’”

Bipolar disorder could potentially explain the changes in her behavior, but as her symptoms continued to worsen and caused her to have a seizure, it was clear that something wasn’t adding up.

“They were trying to fit my diagnosis into a mold, and at the time, [bipolar disorder] was the one it correlated to the most, but it wasn’t a perfect match by any means,” DiCapua said.

To get to the bottom of her situation, DiCapua was checked into the psych ward of McLean Hospital in Belmont, Massachusetts, for nine days. As her condition worsened, her mom decided to take her home. Luckily, her father, a family physician, had a colleague run a series of diagnostic tests to see what else could be wrong with her.

One of the tests came back positive. DiCapua had been suffering from anti-NMDA receptor encephalitis. According to the the Anti-NMDA Receptor Encephalitis Foundation, it is a disease that occurs when antibodies produced by the body’s own immune system attack NMDA receptors in the brain. NMDA receptors are proteins that control electrical impulses in the brain. Their functions are critical for judgment, perception of reality, human interaction, the formation and retrieval of memory and the control of unconscious activities (such as breathing, swallowing, etc.), also known as autonomic functions.

In DiCapua’s case, the issues were caused by a teratoma tumor on her ovary.

After surviving the ordeal that cost her five months of her life, DiCapua, now a project manager at the New Balance corporate offices, decided to share her story with the world. Her story was featured as a mystery diagnosis on the PBS show “Second Opinion.”

“The symptoms of anti-NMDA receptor encephalitis are unheard of right now to many doctors and especially to patients,” DiCapua said. “I hope that by going on the show I raised awareness of the disease, and I hope that by sharing my symptoms, patients and doctors remember that if they end up dealing with something similar.”

On the show, three doctors from different fields—a pediatrician, a neurologist and a psychiatrist—from hospitals around the country attempted to guess what was ailing DiCapua. One of the doctors was Jonathan Stevens, M.D., MPH, chief of child and adolescent psychiatry and chief of outpatient services for The Menninger Clinic.

After hearing her symptoms and the sequence of events, Stevens quickly realized that DiCapua was misdiagnosed.

“There were a few red flags for me. Initially, someone who had no history of panic attacks to be quickly diagnosed with bipolar disorder is very unusual,” Stevens said. “As the moderator continued to list off symptoms, they became more and more unusual. When I heard that she had a seizure and abnormal movements in the hands, I knew that it was not a psychological disorder.”

According to Stevens, there are multiple medical conditions that can masquerade as psychotic disorders and are often misdiagnosed.

One recommendation Stevens has for avoiding misdiagnosis in the future is for clinics to make a shift from offering multidisciplinary care to instead offer interdisciplinary care.

“Multidisciplinary care is what you see in a hospital and what Brittany DiCapua received. You have all of these specialists who meet with a patient, usually alone, and then the patient is given several different recommendations,” Stevens said. “What we do here at Menninger is called ‘interdisciplinary care’ and it is very, very different. Patients still meet with experts, but the experts’ recommendations are filtered through the expertise of their colleagues.”

After receiving her correct diagnosis, doctors surgically removed her teratoma tumor and DiCapua was back on track to recover. Today, she is back to living her life as normal, but is committed to fighting the stigma of mental illness and raising awareness of Anti-NMDA Receptor Encephalitis.