Knowing What to Expect

Knowing What to Expect 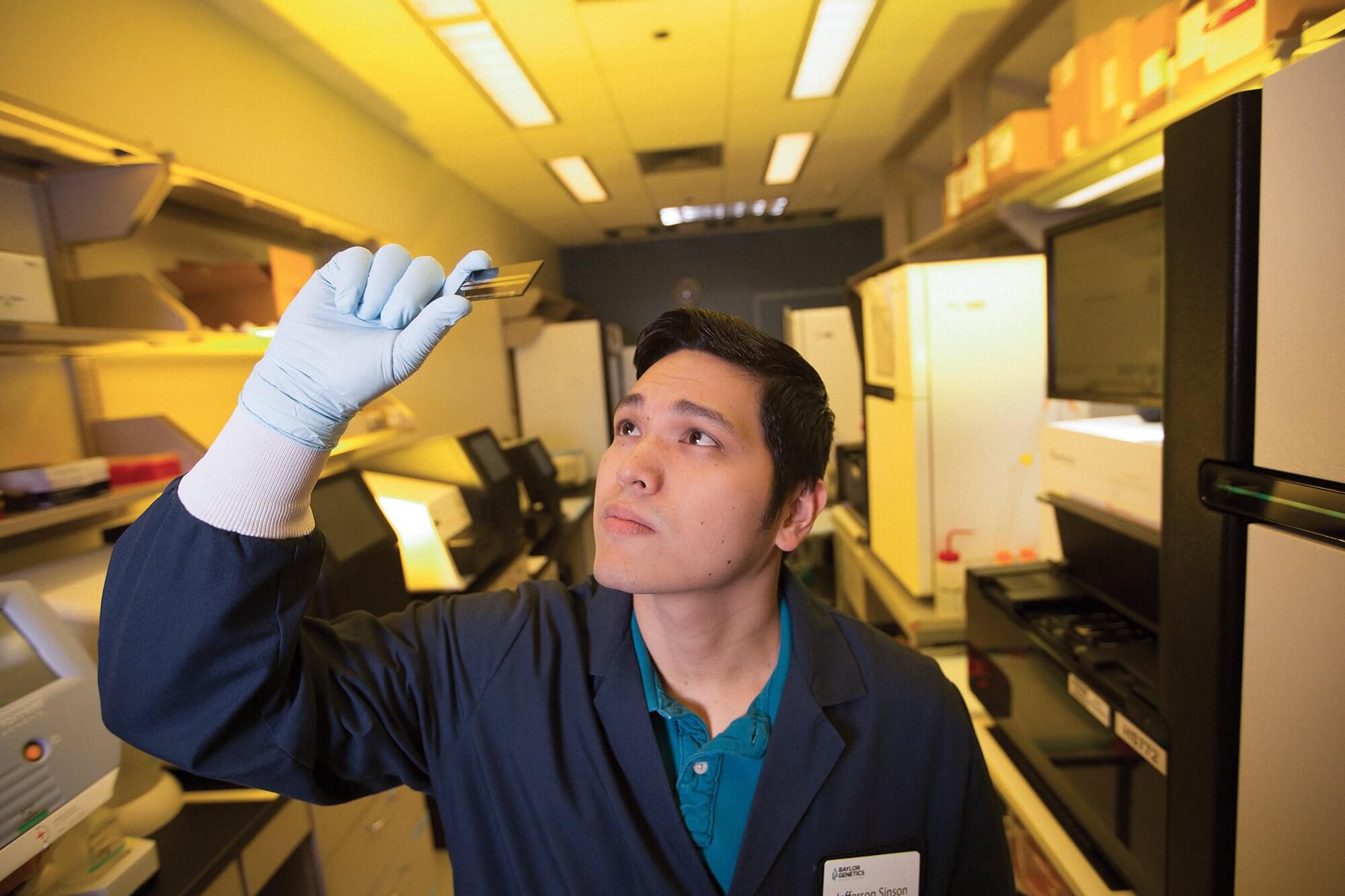 Planning for the future? Now, as early as the end of the first trimester, expectant parents can access more information about the health of their developing baby than ever before.

Baylor Genetics has introduced PreSeek, the first clinical noninvasive prenatal multi-gene sequencing screen. From a single vial of a pregnant woman’s blood, the test locates abnormalities in 30 different genes associated with common, uninherited disorders, including a form of dwarfism.

PreSeek is not the first noninvasive prenatal test (NIPT); there are others currently on the market that, like PreSeek, analyze fetal DNA through a sample of the mother’s blood. These tests screen for abnormal numbers of chromosomes (aneuploidies) and whole chromosome abnormalities, which point to conditions like Down syndrome or trisomy 13, 18 or 21. They also examine known areas of the genome for small microdeletions or microduplications that often result in recognizable disorders such as velocardiofacial syndrome, which is associated with cleft palate. But Baylor’s new test takes the field a step further—to a single nucleotide level—to determine whether the fetus has abnormalities on single genes.

“We look at PreSeek as a companion to the NIPT tests that are currently out there,” explained Christine Eng, M.D., chief medical officer and chief quality officer at Baylor Genetics and a professor of molecular and human genetics at Baylor College of Medicine. “We have the NIPT test for aneuploidies and we have the NIPT test for microdeletions and microduplications, and now we can also perform a noninvasive test to look for errors in 30 genes that are common de novo [not inherited] genetic disorders. Together, it’s the most comprehensive pregnancy screening available.”

This first generation of the PreSeek test screens for genes that are among the most common gene abnormalities associated with serious conditions, including Noonan spectrum disorders, achondroplasia (a form of dwarfism) and other severe birth defects of the skeletal, cardiac and neurological systems. Although these genetic variations and mutations are not inherited—in other words, they are associated with random errors that could occur in any pregnancy—they do become more prevalent with advanced paternal age.

“We know that with advanced maternal age there is a higher frequency of chromosomal abnormalities like Down syndrome, but it’s also recognized that with advanced paternal age, there can be an increase in incidents of these single-gene disorders, such as achondroplasia,” Eng explained. “So in the setting of advanced paternal age, this test would be useful, and it is actually the first type of noninvasive screening test available to fetuses for this purpose.”

PreSeek is especially valuable in pregnancies with abnormal ultrasound findings, including suspected congenital heart defects or the presence of excess fluid during the fetal nuchal translucency screen. Many of the disorders PreSeek screens for can contribute to these visible abnormalities, Eng said. Before PreSeek, invasive tests—including amniocentesis or chorionic villus sampling (CVS)—would have been the only option for parents looking for more information about an abnormal ultrasound. But amniocentesis, which involves inserting a long needle through the mother’s abdomen to obtain a sample of amniotic fluid, and CVS, which is equally invasive for the purpose of testing the placenta, can be risky procedures for the fetus.

“PreSeek provides another step in the screening process, particularly when a couple is not wishing to have an invasive procedure,” Eng said. “But PreSeek is still a screening test. If we find something on PreSeek, we would ultimately recommend the couple either have an amniocentesis or CVS to confirm the results.”

Baylor Genetics recommends PreSeek during the late first trimester or early second trimester of pregnancy. Although some expectant parents forgo NIPT screening altogether for reasons ranging from ethical to financial, many women welcome it in order to make reproductive decisions or plan for future medical management and care.

“It’s all about knowledge and getting as much information about each pregnancy as possible,” Eng said. “It’s really about being prepared and knowing what to expect in your pregnancy to the best of our ability, today.”