An Assist from Microgravity

An Assist from Microgravity 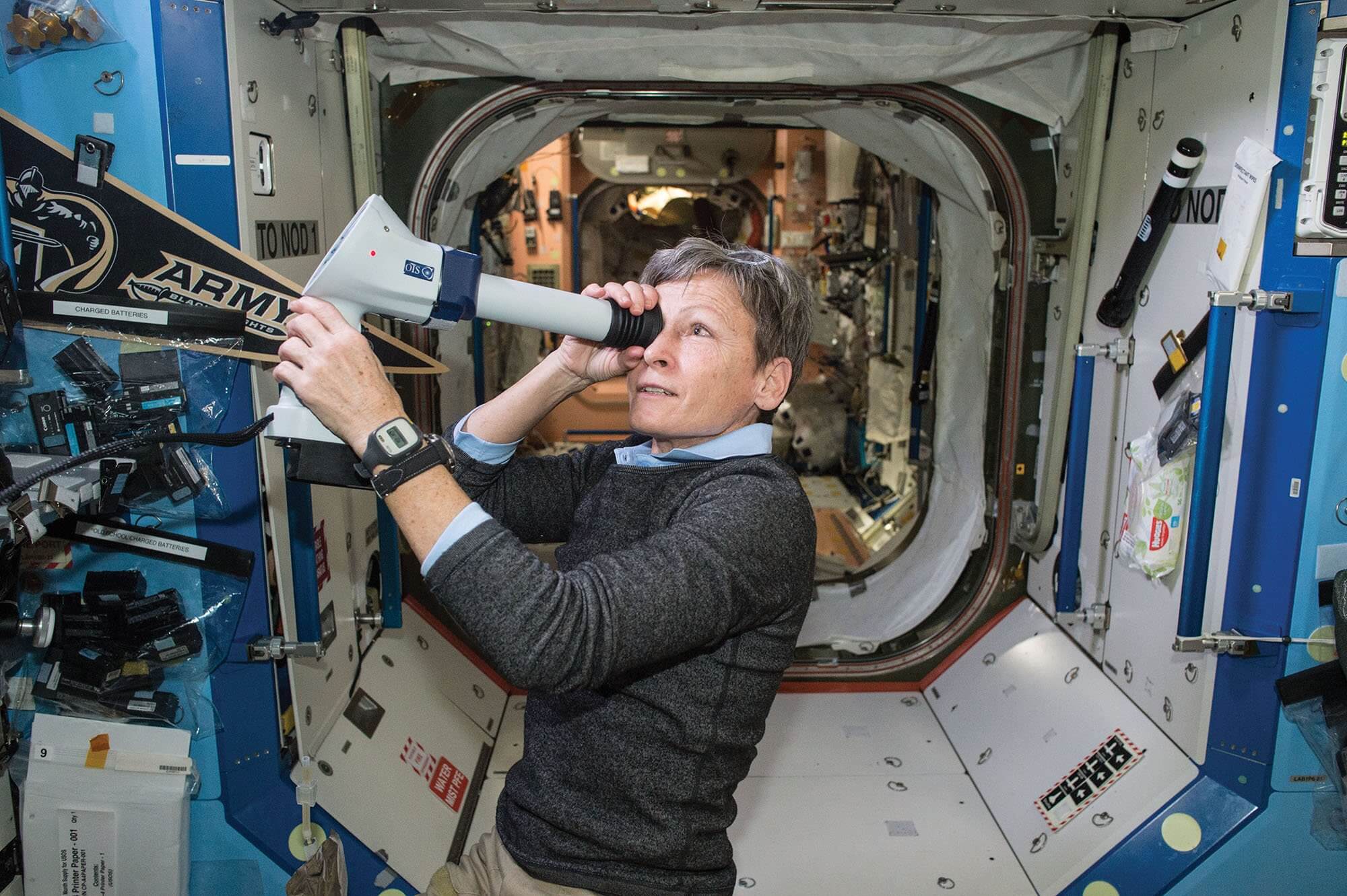 NASA has a long history of sharing technology and innovations developed for space with other industries—especially health care. Jumping into Houston’s Super Bowl frenzy last month, NASA’s Johnson Space Center hosted #SpaceBowl, which offered tours of the center and an interactive discussion with current crew members of the International Space Station (ISS).

Astronauts on the ISS—known among Johnson Space Center employees as a “giant science lab in space”—discussed current experiments designed to improve human health.

“We’re doing fluid shift studies looking at how the fluids in our bodies shift and make changes in our bodies,” said astronaut Peggy Whitson, Ph.D., a biochemisty researcher and the first female Space Station commander. “In particular, we’re concerned about some of the vision changes that we’ve seen in astronauts and we’re trying to understand that. Another study that I’m in is looking at oxidative damage as a result of being in this environment—a microgravity environment—to look at long-term effects on the potential for cardiovascular diseases.”

Using microgravity as a variable in the experimentation allows researchers to better understand observations on the ground, she explained.

“Hopefully those will contribute to future prevention or understanding of disease,” Whitson said.

The microgravity environment offers unique conditions for understanding specific biological and scientific processes. For example, microgravity provides an ideal setting for the growth of protein crystals. Knowledge of the complicated structures of proteins in the human body is critical for understanding diseases and developing new medical therapies.

Research aboard the ISS, where rotating crews have lived and worked since 2000, has yielded a wealth of health information, including a better general understanding of aging and bone loss, disease and bacterial behavior, psychological stress response systems and environmental impacts on the human body.

Perhaps NASA’s most famous human research experiment to date is the Twins Study, which gathers data from former astronauts and twin brothers Mark and Scott Kelly. Recently released preliminary findings from the study revealed that Scott’s year in space—compared to Mark’s time on Earth, which served as a genetic benchmark—initiated a number of changes in Scott’s body. In addition to those predicted, including a decline in bone formation, scientists were surprised to find that Scott’s telomeres—the repetitive sequences at the end of a chromosome, which typically decrease in length as a person ages—actually lengthened during his time in space.

Research on the ISS is geared toward some of humanity’s loftiest goals: curing diseases, developing cutting-edge technologies to enhance everything from diagnostics to communications, and understanding the intricacies of the human body well enough to initiate a journey to Mars.

“We’re ordinary people and we train ourselves to intersect with the extraordinary,” NASA astronaut and retired U.S. Army Colonel Douglas “Wheels” Wheelock explained. “Love what you do and prepare so intensely so when the opportunity for something extraordinary comes along, you’re ready.”