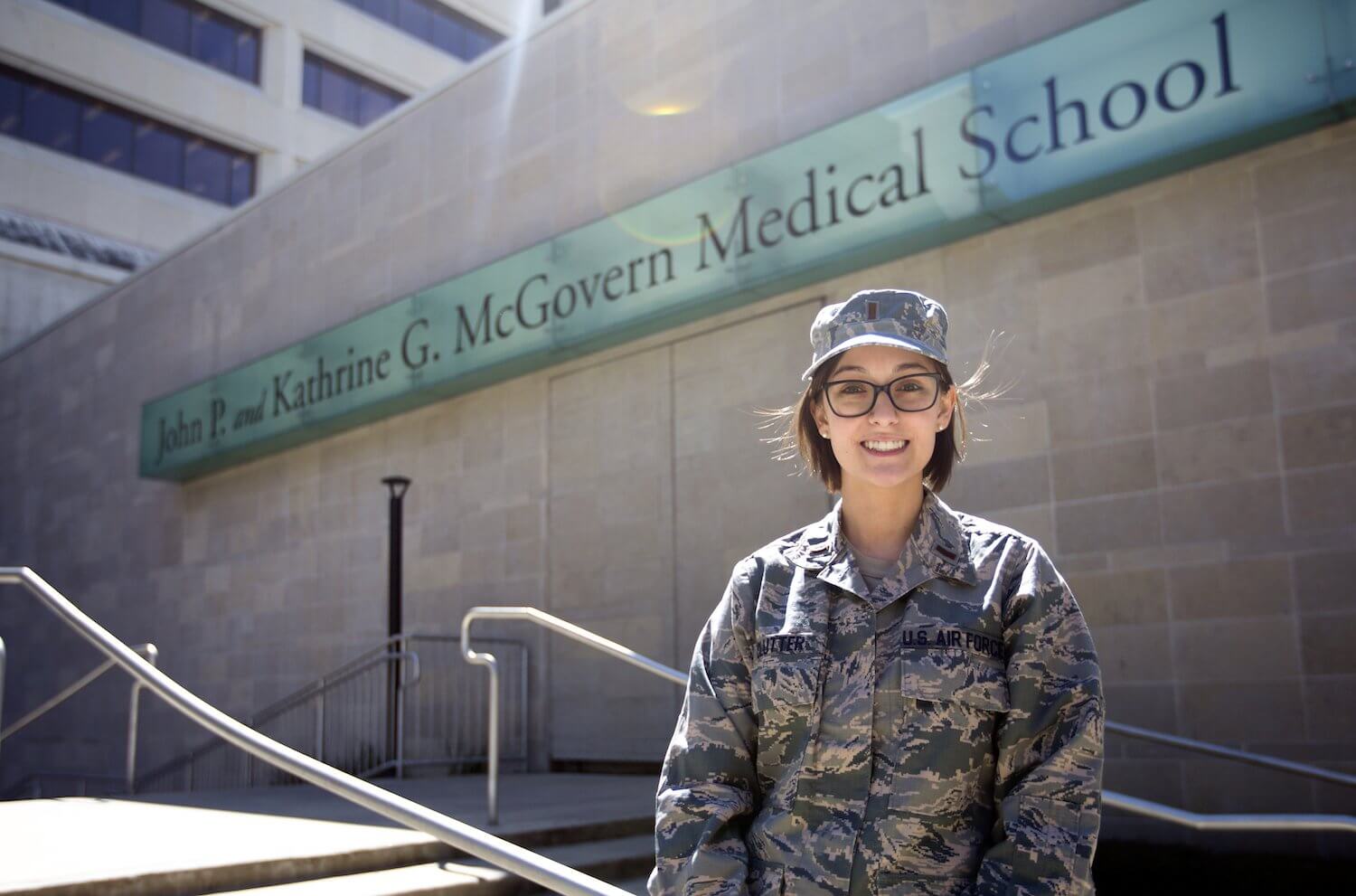 Joining the military was always in Courtney Clutter’s blood. Her grandparents enlisted in the United States Air Force and her parents, Keith and Paula Clutter, served in the Air Force as a reserve colonel and lieutenant colonel, respectively.

“It’s a family tradition,” said Clutter, a fourth-year medical student at McGovern Medical School at The University of Texas Health Science Center at Houston (UTHealth). “Growing up with them as parents, they instilled in me a sense of patriotism and a desire to serve our country. They never pushed me to join. It was just an internal thing that I grew up with wanting to do eventually at some point in my life.”

That point has finally come.

Each year, nearly 40,000 fourth-year medical students compete for 30,000 residency positions across the country. National Match Day, held annually on the third Friday in March, is the culmination of countless hours studying and memorizing medical terms, attending lectures, practicing in the lab and working through clinical rotations. 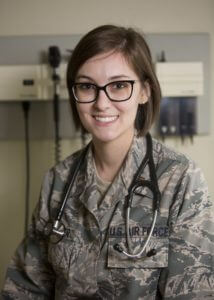 The residents who are matched will go on to become doctors, but Clutter will earn the dual title of “doctor” and “captain,” serving as a military physician in the Air Force.

While 219 fourth-year medical students at McGovern Medical School anxiously awaited the results of their match on the morning of March 17, with the rest of the country, Clutter learned about her match to the San Antonio Military Medical Center in December 2016, when the Air Force and other military branches announce their matches.

“It was pure excitement to get my first choice and to know that the next three years of my life are set for me,” Clutter said. “I think it’s going to be a lot starting residency and entering that new chapter, but it’s going to be just like med school in terms of a lot coming at you and just taking it in—taking it step by step.”

Her father, who worked as an aerospace engineer, currently runs his own military consulting firm. Her mother retired from the Air Force in 2016 and is now a nursing professor at Texas Woman’s University.

Clutter, 25, was born at the Elgin Air Force Base in Florida, where her parents met. She grew up watching them come home from work each day in their camouflage Airman Battle Uniforms or dress blues. Their leadership and passion inspired Clutter to join the military and explore both engineering and nursing careers. Ultimately, though, she realized she wanted to be a doctor.

Determined to pursue a career that married both her military and medicine loves, Clutter joined the Air Force’s Health Professions Scholarship Program in 2012 during her senior year of college at The University of Texas-Austin. The program covers full tuition for prospective military physicians, dentists, nurse practitioners and other Allied Health professionals, alleviating the financial burden that comes with attending medical school.

As part of the program, Clutter completed a mandatory 5-week commissioned officer training in June 2013, prior to the start of medical school. The following year, she attended a 2-week aerospace medicine program at Wright-Patterson Air Force Base, where she learned about treating pilots and aviation personnel and even flew a two-seater plane, co-piloted by a retired major general, on her birthday.

In exchange for her education, Clutter must serve a minimum of three years in active duty with the possibility of being deployed.

Coming from a military family, she knows about deployments all too well.

“It’s definitely a difficult situation when you have your loved one away, but you’re also very proud of the work they’re doing,” said Clutter, whose father was deployed several times, including two tours in Iraq. “Your purpose is to serve the Air Force and your country first.”

On June 5, Clutter will begin her 3-year residency as a military internist at the San Antonio Military Medical Center, where she will treat active duty and retired Air Force personnel, as well as their family members. Her goal is to specialize in endocrinology to treat and prevent chronic diseases, such as diabetes and thyroid disease.

“In medicine, it’s about finding your fit in what you would love waking up to do every morning,” Clutter said. “With the prevalence of diabetes increasing so much, I know there’s definitely a need for people working in endocrinology and I’m very excited for the opportunity to care for the people who’ve sacrificed a lot to defend and serve their country.”

“The ability to lead is going to be an increasingly important part in what physicians do,” said Orlander, the Edward Randall, III Chair in Internal Medicine and director of endocrinology, diabetes and metabolism at McGovern Medical School. “Courtney has clearly demonstrated those leadership skills … and has the potential to go wherever she wants. She has the background knowledge to do it and the communication and leadership skills that are so important.”

As Clutter prepares to take this next step in her career, her father plans to retire from the Air Force and join his wife in the civilian life.

“As my parents are retiring, I’m starting my chapter in the Air Force,” Clutter said. “It’s a nice, bittersweet scenario.”