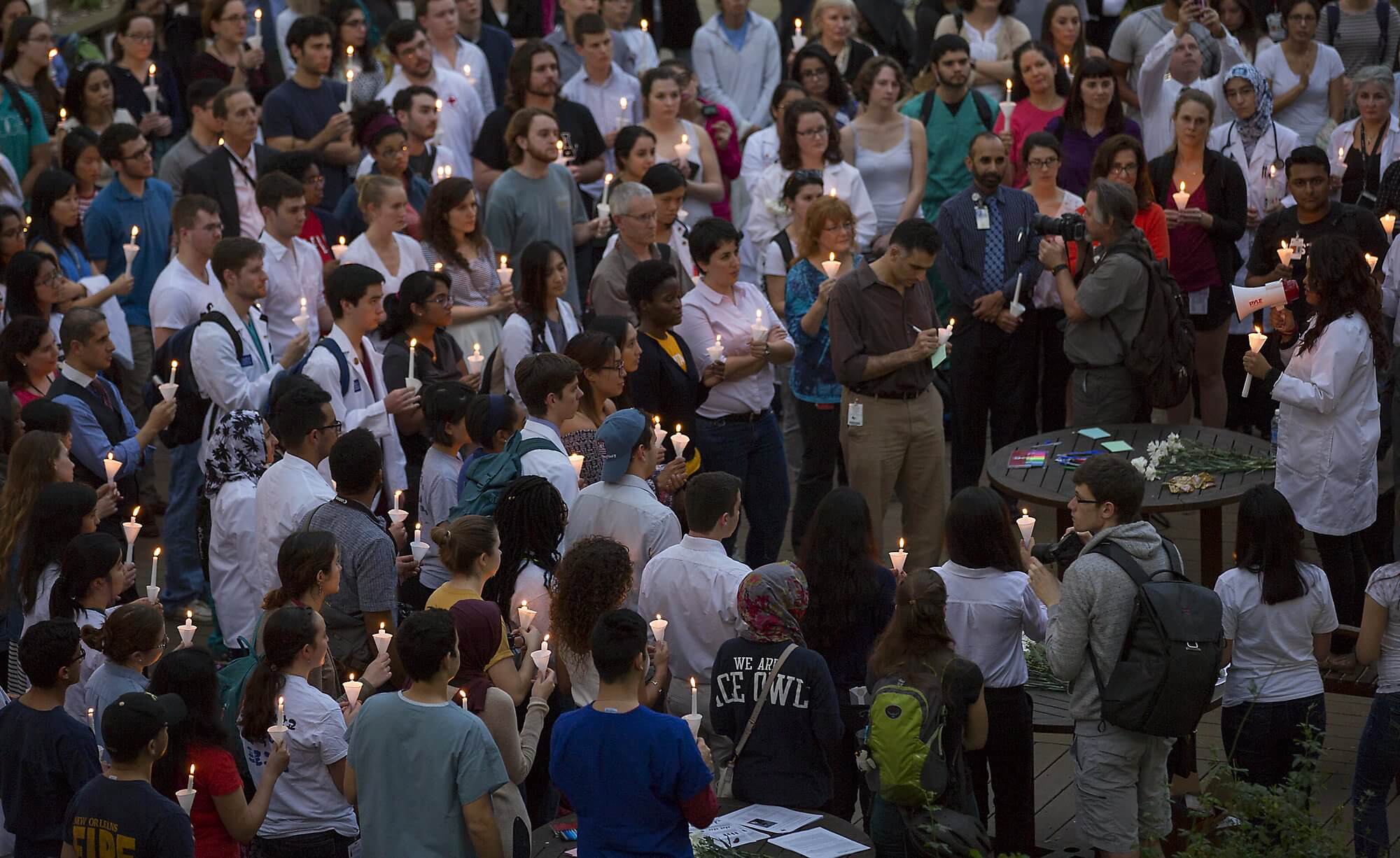 Students from The University of Texas Health Science Center at Houston, Baylor College of Medicine, Rice University and the University of Houston, as well as members of the wider Texas Medical Center community, gathered by candlelight Tuesday evening in a show of support for the Muslim community in the medical center and beyond.

The idea for the vigil was sparked by discussions among students regarding members of the medical center community who are separated from family members in other countries due to the recent immigration ban, as well as acts of vandalism and other crimes occurring at mosques around the country, said Ayesha Khan, one of the organizers and a graduate student at UTHealth.

“We want Muslim students in the TMC, and Houston at large, to know that they are welcome and supported,” Khan said. “In times like these, we often feel deserted and alone because of the momentous discrimination and prejudice that surrounds us otherwise. In order to thrive academically, we need to feel supported.”

Gathered on Webber Plaza, a diverse group of students, faculty and staff wrote notes of support and listened as Muslim members of the community shared their personal stories. Khan said the event far surpassed her expectations, adding that it was inspiring to see a small idea sparked among friends grow into something so meaningful.

“The TMC community came out to support with overwhelming love and compassion, and I could not be more grateful to be surrounded by individuals who not only will stand by my side through harsh times but support me and my community no matter what hurdles might be thrown our way,” Khan said. “This vigil showed me and my fellow Muslim students at TMC that we have a family that will fight for us.”