Taste of the NFL’s 26 Annual Party with a Purpose

Taste of the NFL’s 26 Annual Party with a Purpose 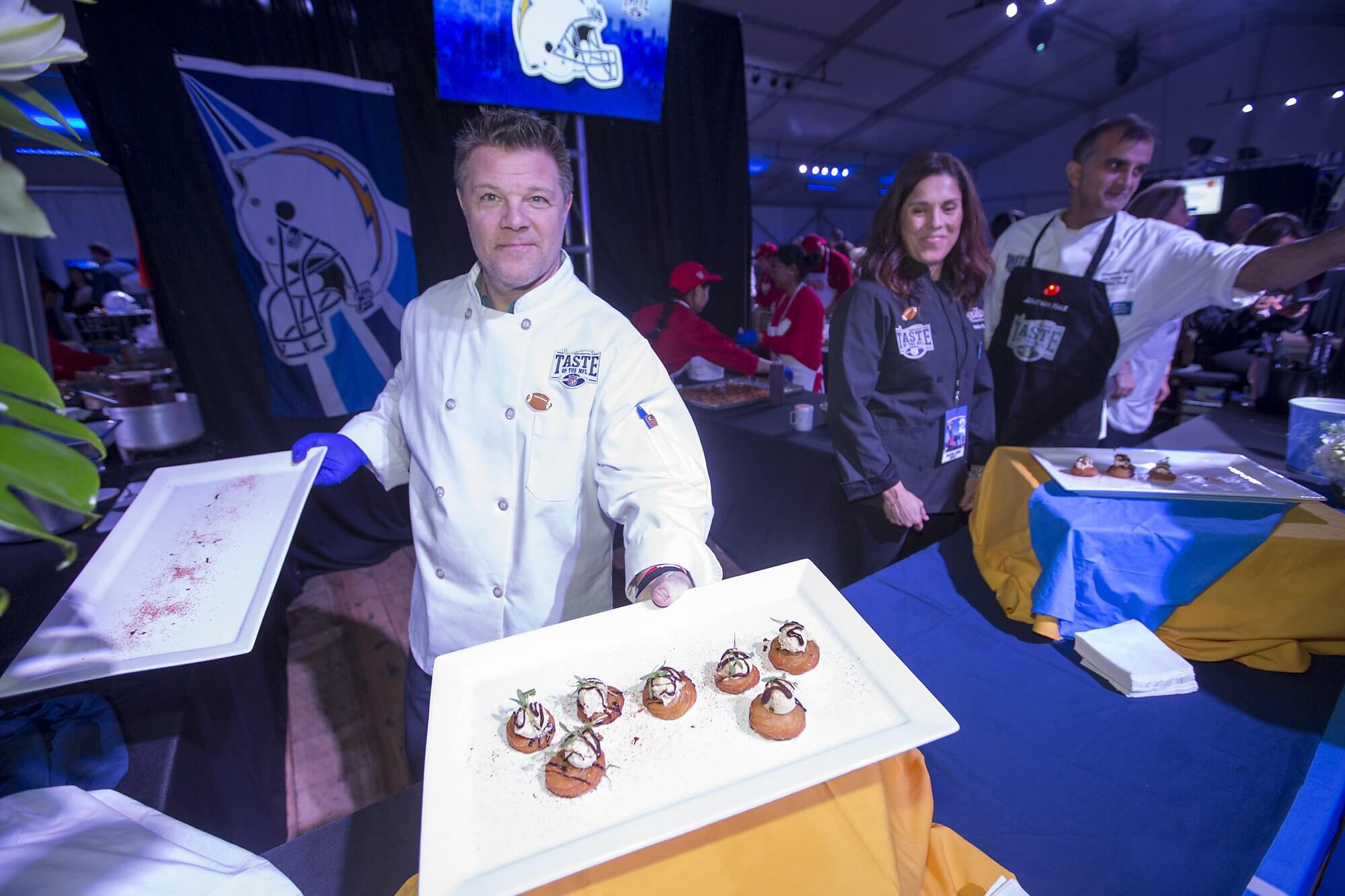 The Super Bowl begets super-sized festivities and blowouts, but one particular party combined food, football and fun for a good cause.

The Taste of the NFL, a non-profit hunger relief organization based out of Minneapolis, Minnesota, hosted its 26th annual “Party with a Purpose” Saturday, Feb. 4, to raise money and support for food banks across the country.

The din of the excited crowd, clinking of wine glasses and sweet and savory aromas filled the 80,000 square-foot white tent custom-built on the University of Houston campus. More than 3,000 entertainment celebrities, notable athletes and foodies treated their taste buds to a culinary experience filled with delicious bites expertly crafted by participating chefs and paired with complementary wines.

“It’s not that far off from saying which one of your kids is your favorite, but this was one of THE best,” said Wayne Kostroski, founder of Taste of the NFL.

Taste of the NFL holds fundraising events throughout the year in each of the 32 NFL cities and across the nation to help raise money for local food banks and support efforts to end hunger. Since its inception in 1992, the organization has raised more than $25 million to fight hunger, providing approximately 200 million meals for people across the country. But it’s the organization’s premier event, “Party with a Purpose,” held on the evening before the Super Bowl in the host city, that attracts the biggest crowd thanks to the star power.

Notable chefs from each of the 32 NFL cities partnered with an NFL player of the teams’ past or present to serve more than 3,000 glasses of wine and 45,000 tastings of unique and delectable creations.

As the Atlanta Falcons and New England Patriots players prepared to face off at NRG Stadium the following day for Super Bowl LI, the two teams were in concert for the same cause.

The food was guaranteed to satisfy patrons’ palates and a musical performance by The Band Perry entertained, but the philanthropy from the community to end hunger was the pièce de résistance of the evening.

The total number of dollars raised from the event’s tickets, auctions and donations are still being tallied, but the amount will go towards benefiting the local food bank selected by each of the 32 NFL cities, with the Houston Food Bank receiving the largest portion. The total amount is expected to create more than 6 million meals for hungry families nationwide, Wayne said.

“It didn’t take much to change the face of hunger over the last number of years,” Kostroski said. “When I was a kid, I remember hunger, to me, looked like people on the streets of New York or whatever. It’s not that anymore. It’s you or me losing something a few paychecks, someone getting very ill in your family, and the 2008 recession took a lot of people who thought they had good jobs.”

In addition, each NFL team participated in the Taste of the NFL’s season-long Kick Hunger Challenge to encourage the fan base in their hometowns to raise donations that will go 100 percent to the cities’ food banks. This year, the Houston Texans beat all the other teams by bringing in a grand total of $152,000.

“Taste is not going to solve hunger, but Taste awareness during the season and certainly at Super Bowl and the resounding visibility we had here in Houston, that alone will hopefully trigger other people to step up and help,” Kostroski said. “We are influencing lives. We are helping families of faces we’ll never see, but it’s there and it’s coming. That’s the exciting thing to me. It’s amazing what you can do when you get the right group together—our partners, our volunteers, our chefs, our players, our celebrities. It’s a pretty remarkable family.”