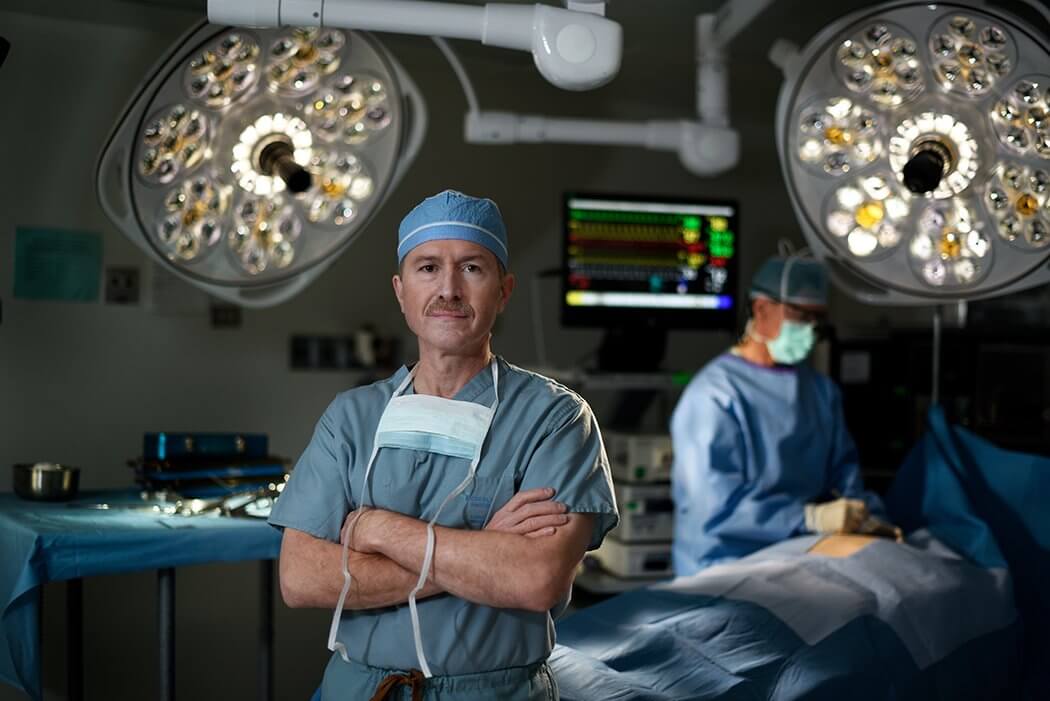 Joseph Lamelas, M.D., has pioneered the most advanced forms of minimally invasive cardiac surgery. In early January, he joined Baylor College of Medicine as Associate Chief of Cardiac Surgery in the Division of Cardiothoracic Surgery. Lamelas spoke with Pulse reporter Britni N. Riley about his ground-breaking surgical technique and Cuban heritage.

Q | What do you remember about your early years in Cuba?

A | I don’t remember any of my time in Cuba; all I know are stories from my parents. I was born in Cuba in 1960. At the beginning of 1963, after the Cuban Missile Crisis and Fidel Castro taking over, my family fled. My two grandmothers, my mother, my father, my older brother and myself came to Miami and we had to start from scratch.

Q | How did your family get out of Cuba?

A |Pan American Airways had planes leaving Cuba, but the airport closed right after we were issued the tickets.  I know because when my mother gave me my passport, in the back there were a bunch of papers and there was a Pan Am airline ticket dated January 1963. My father scrambled around in order to find alternative options to leave. So he gave our home and all belongings away to a Communist couple and they were able to get us tickets on one of the last three Red Cross boats leaving Cuba that were bringing survivors of the Bay of Pigs back to the U.S. We landed in Ft. Lauderdale and when we got off the boat, there was a band playing to welcome back the soldiers.

Q | What was your life like after arriving in the U.S.?

A | I remember for one Christmas when I was growing up, since we were limited financially, my parents bought a package of plastic green soldiers and divided them amongst my two brothers and myself. We were living in very rough times, three or four families in one home. We even picked up a sofa from the street which required a rock to support one of the corners and thereafter my grandmother had to reupholster it. My younger brother slept in a drawer after he was born because we didn’t have enough money to buy a crib.

But my father always emphasized that it was important to have an education. He would say that any government can take everything away from you, like they did in Cuba, but they can’t take your education. So he was instrumental in making sure we all had careers. I grew up in West Palm Beach and New York. We initially had to move to New York because at the time, there was more of an opportunity for jobs. We lived there for 14 years and then moved back to West Palm Beach.

Q |Where did you go to medical school?

A | I went to medical school in the Dominican Republic because my parents couldn’t afford to send me to school in the U.S. I did my training in general surgery at the Brooklyn Hospital Center and my cardiac surgery training at the State University of New York Health Science Center at Brooklyn. I spent seven years there and then moved back to Miami, thinking it was a great opportunity because of my Cuban heritage and being fluent in Spanish and English. I joined a group for a year and then I went out on my own. For my first 18 years in practice, I operated between seven hospitals and built a thriving practice. In 2008, I was offered the position as Chief of Cardiac Surgery at Mount Sinai Medical Center in Miami Beach. The hospital was not doing well at the time. Their cardiac surgeons all left, so they made an offer for my group and myself to develop the program there. We rebuilt the program to become one of the most successful cardiothoracic programs in South Florida. The growth of the program and hospital has led to the building of a $350 million surgical tower.

Q | You are known for developing a minimally invasive heart surgery approach and for teaching hundreds of physicians this technique. When did you realize a need for this type of surgery?

A | At the beginning of 2004, it came to me that I needed to do something to differentiate myself and also to tap into all of the new advances in the field of Cardiac Surgery. I realized that I needed to do surgery in a different way. I started working on a technique to improve and facilitate minimally invasive heart valve surgery. I went around to see a few people who were doing it at that time and then I evolved the technique to where it is today. What’s unique about it is approach is that it can be applied to all subsets of patients. So no matter the risk category or a patient’s age, just about everyone is a candidate.

It evolved to a point that I saw the necessity to create new instruments in order to perform these operations. That led to attempting to seek support from the medical industry companies asking for help in developing instrumentation and exposure devices. None listened, so I decided to develop my own company called Miami Instruments.

Q | What are the distinct skills you bring to your new post at the Texas Medical Center?

A | I have been in practice for 26 years, I’ve performed over 14,000 cardiac operations and within this group, over 5,000 minimally invasive operations. Dr. Todd Rosengart, Professor and Chair of Baylor’s Department of Surgery, offered me a position at Baylor College of Medicine as Associate Chief of Cardiac Surgery and continue to build the program and bring new ideas and unique skills. I’ve trained over 700 surgeons from around the globe and I am sure that I have performed more of these operations than anyone in the world. These operations are all performed through two-inch incisions on the right side of the chest—the least traumatic way to approach and operate on the heart. We’ve seen the hospital stay diminished and patients return to a normal lifestyle much quicker than conventional surgery. Young patients who are reluctant to have surgery accept this approach because they don’t want their breastbone cut with a big scar down the center of their chest. The normal recovery rate after a minimally-invasive procedure is usually two weeks.

Q | It must be more cost-effective for patients to have minimally invasive surgeries, as well.

A | There have been several studies published that demonstrate the cost of a minimally invasive operation to be much less than conventional surgery. You have to look at the whole scheme of health care; it’s not just in the hospital stay, but also the cost associated with the rehab facilities or skilled nursing homes where patients might be transferred after discharge. This approach has also helped decrease the health care burden.

Q | For you, what is the specific allure of heart surgery?

A | My uncle is a physician and I was able to go into the operating room early on in life and that piqued my interest in surgery. Cardiac surgery is one of the few specialties where you actually do something to the patient and you see immediate results. It is pretty spectacular to perform a cardiac operation on a patient  and then the next day they are sitting in a chair and soon thereafter ambulating.

Cardiac surgery is a very high-powered and spirited profession. It is a specialty that always has a significant amount of innovation. When you think about it, the other organs in the body are static, so when operating on the heart, you have to think about it as a three-dimensional, dynamic organ. It is truly not just science, but also an art.

Q |What are your goals here at the Texas Medical Center?