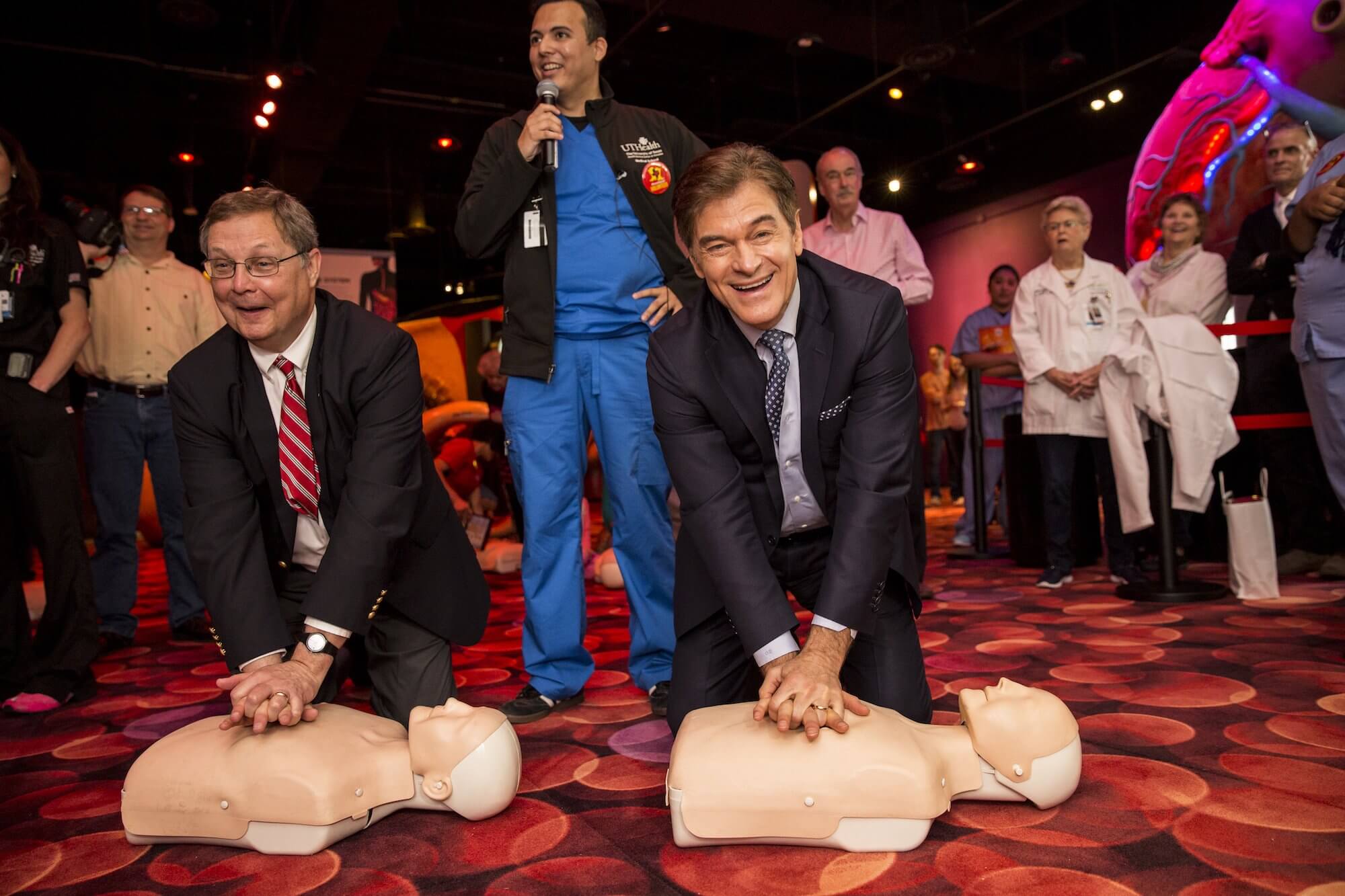 Celebrity physician Dr. Mehmet Oz was down on his knees pumping on a mannequin’s chest.

All eyes and cameras were on him as he pumped—one, two, three, four, five times—while the audience sang “Row, Row, Row Your Boat.”

Oz, a cardiothoracic surgeon, founder of HealthCorps and host of “The Dr. Oz Show,” was in Houston recently to promote the Texas Two Step: Save a Life Campaign event, which took place at The Health Museum and was sponsored by the Texas Medical Center.

The song’s rhythm was suggested as part of the two-step method for how to act quickly in the event of cardiac emergencies: Step one, call 9-1-1, and step two, initiate hands-only CPR.

Heart disease is the No. 1 killer of Texans, with four out of five cardiac arrests occurring at home, said Angela Siler Fisher, M.D., founder MaveRx, a leadership consulting firm and one of the partners of the event. The Texas Two Step is a free five-minute training session in hands-only CPR designed to teach participants how to potentially save a life.

“The Texas Two Step is a good example of evolving a solution and taking it into the community to advance the medical profession,” Oz said.

More than 700 volunteers from 11 Texas medical schools, including Baylor College of Medicine, Texas A&M Health Science Center College of Medicine, The University of Texas Health Science Center at Houston McGovern Medical School and The University of Texas Medical Branch at Galveston, formed training teams to conduct this statewide hands-only CPR training to raise public awareness of hands-only CPR and train as many people as possible to save lives.