Bernard Harris Talks About His Adventures in Space

Bernard Harris Talks About His Adventures in Space 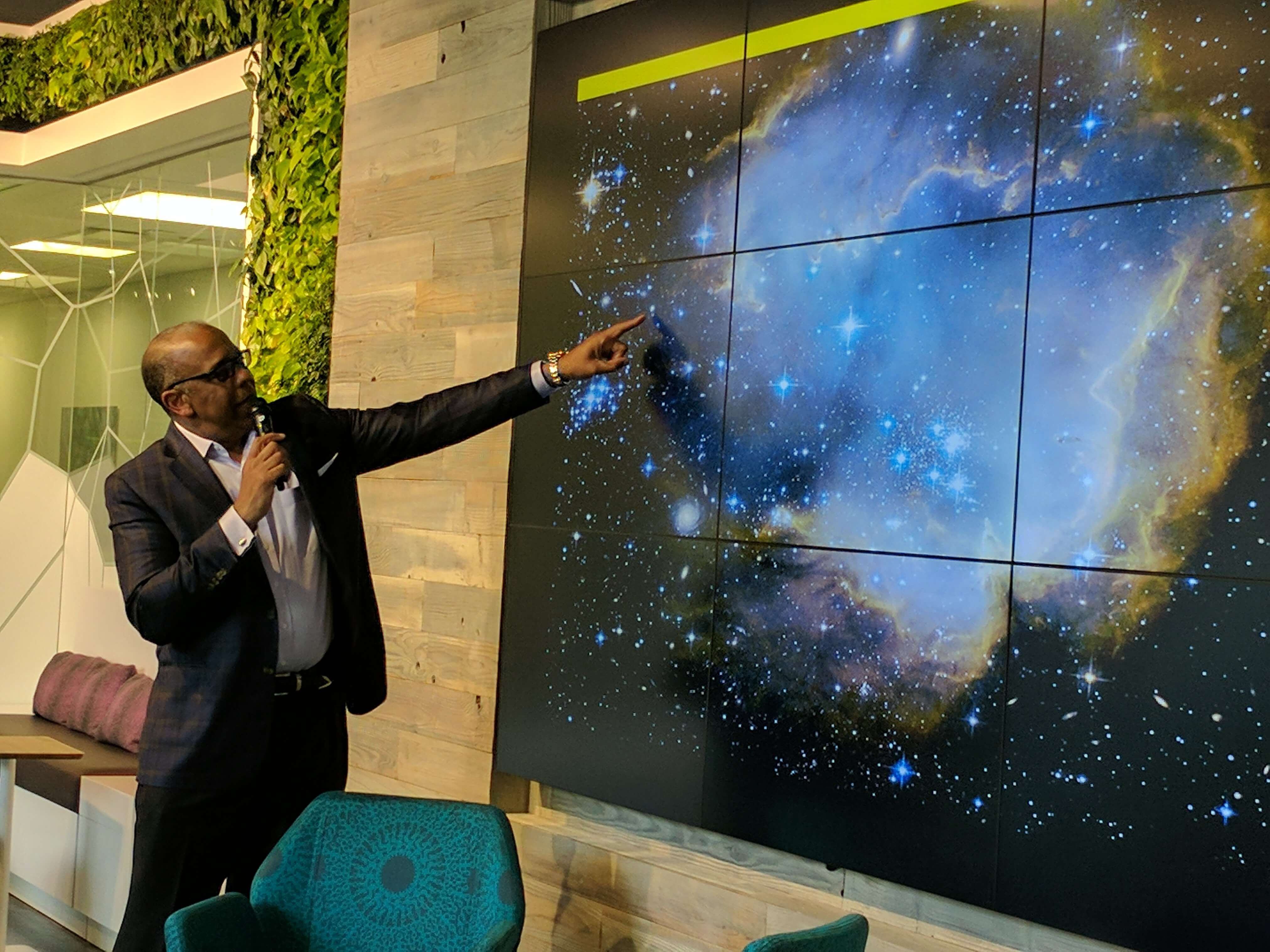 Twenty-two years later, he gave attendees a look at that once-in-a-lifetime experience as part of an “Inspiring Leaders” event at Johnson & Johnson Innovation’s JLABS @ TMC.

These days, he is an entrepreneur and a community developer, as well as CEO and managing partner of Vesalius Ventures, a venture capital firm that supports and invests in early to mid-stage health care technologies and companies.

But he still remembers what it was like to shoot up into space, sharing that “it is painful to go 3 Gs,” and how it felt the first time he took his seat belt off when the shuttle hit zero gravity.

“I popped out of my seat like toast in a toaster,” he described.

While in space, Harris said, 15 percent of muscle mass is lost, as well as 1 percent of bone per month. He was also the first person to have a telemedicine conversation from space.

NASA, he said, was at the forefront of many of the technologies used in medicine today, including the robotic arm, computerized tomography imaging, more widely known as the CT scan, and defibrillators.

And does he believe their is other life in the universe? “Hell yeah,” he replied.