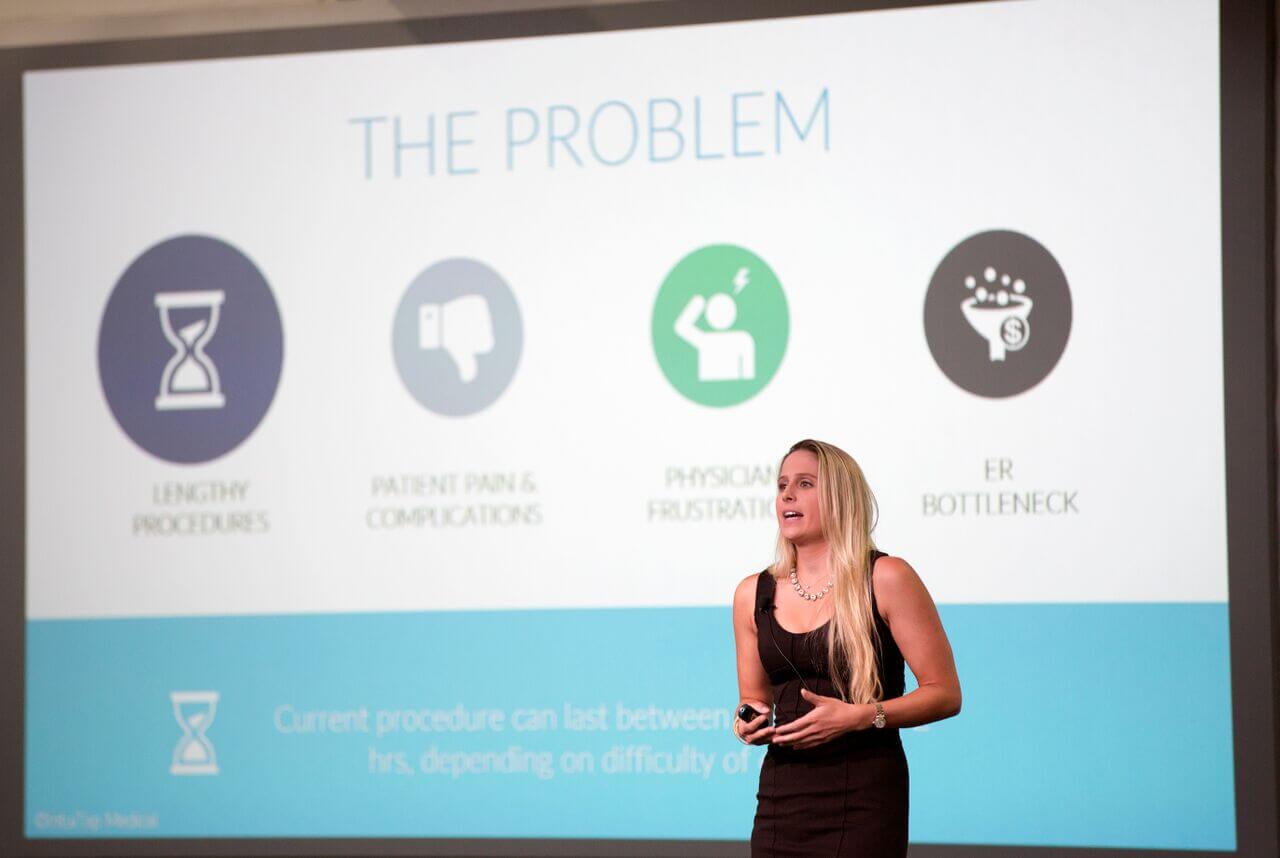 While perusing this year’s Forbes 30 Under 30 list for health care, the Texas Medical Center community will spot a few familiar faces from TMC’s innovation programs.

Being featured on the Forbes list is not an easy feat. The judges pored over more than 15,000 applications to select the 600 people in 20 industries that ultimately were named. Forbes says it has less than a 4 percent acceptance rate, which, it points out, means it is harder to be selected for 30 Under 30 than it is to get into Stanford and Harvard Universities.

IntuiTap Medical is developing a medical device to take the guesswork out of lumbar punctures by providing physicians with a real-time image of the underlying vertebrae.

“I am both extremely honored and excited to have been recognized as one of Forbes’ 30 Under 30 alongside so many incredible innovators in health care,” Traver said. “I am thankful for the opportunity to join a network of so many inspiring individuals who are making such significant changes and improvements in their industries, and I am extremely grateful to TMC and TMC Biodesign for giving me the opportunity to pursue such an amazing project.”

IntuiTap Medical’s journey began in 2015, when Traver and Moskowitz were paired with Xavier Garcia-Rojas and Yashar Ganjeh as part of the TMC Biodesign program, a paid, one-year fellowship that brings together highly accomplished innovators to create novel digital health and device solutions for health care’s unmet needs.

After surveying doctors across the Texas Medical Center, the team whittled down more than 400 needs to focus on newer doctors who aren’t yet adept at performing spinal taps. IntuiTap’s device works like a “stud finder,” to locate the correct area between the vertebrae, where the needle needs to go.

“We are so very honored and grateful to have made this year’s list for health care!” Moskowitz said. “It has been an incredible journey—throughout and beyond our TMC fellowship and accelerator experiences—learning, implementing and living the Biodesign process, and it is truly humbling to be recognized like this along the way. To me, it is not only unexpectedly exciting recognition for our team or technology, but also validation for the important role the Biodesign process—that is, a uniquely comprehensive, needs-based approach—plays in solving healthcare problems for our and future generations.”

Traver says IntuiTap is one of the more prominent new medical device companies. Last year, it won awards from AdvaMed 2016 MedTech Conference and Johnson & Johnson Innovation, and was also part of the MedTech Innovator Accelerator and Venture competition. In addition, the team has proven that its device is much needed, as it’s not difficult to find a doctor who has struggled with a spinal tap or epidural, Traver said.

Considering the company wasn’t around a year ago, Traver said IntuiTap has accomplished a lot since January of last year. At the time, the team was looking at problems and solutions, sketching and brainstorming ideas on how to solve their chosen problem. Since then, they have demonstrated their need is viable, have conducted studies, raised part of a seed round and created the company.

“We are continuing to move forward,” she said. “We want to close our seed round in the next couple of months, do a clinical test in the next six months and submit to the FDA in the next year.”

Personally, Traver said this has been a learning experience, and she hopes to continue to grow, become a better leader and get as much out of the process as possible.

“One of the biggest problems in health care: getting data from one place to another,” Forbes wrote. “Skievaski’s company, Redox, has raised $4 million to make an API that works as a bridge between health care data and the software that uses it, translating patients’ records across platforms. So far the company has partnered with more than 1,000 software vendors.”

Skievaski said that it is not just him, but his whole company that benefits from being listed on Forbes 30 Under 30.

For him, being chosen for the list was a surprise, because Redox works largely behind the scenes, similar to a plumber, he said, to help power the solutions that move health care forward.

“It’s a huge honor, obviously. But it’s really for our whole Redox team,” he added. “I’m just the scapegoat who happened to be under 30. This is great validation that we’re onto something big and industry-changing with our efforts.”

Redox is not yet three years old. A year ago, it was working with five health systems, but today, it works with 50 health systems. When Skievaski attended TMCx, he recalls thinking the company was telling “a cool story about where the world should be, but there was still the question of if whether it could be sustainable in solving the problem.”

Today, he said that Redox is scaling its company, and when he looks at the company’s future, he sees it as a frontrunner in how interoperability can be successful.

“We went from an experiment of, ‘Will this work?’ with a few companies, a dozen companies, to 2017, when we can actually see the network effects,” Skievaski said. “The network part is the big difference. Not only are we connecting ‘A’ to ‘B,’ but we are putting it in a network where they can talk to ‘C’ and ‘S.’”

“The network needs to grow bigger to get to a place where really cool things happen, but it is big enough now to see the benefits of the network in place,” he said. “The typical use case is an application needing to exchange with the health system. If they are both on the system, it is an easier problem to solve because we can ‘turn on a switch,’ and get the information to the exchange. We have seen it happen a few times already like that. Eventually, we will see where people can turn on new innovations quickly.”