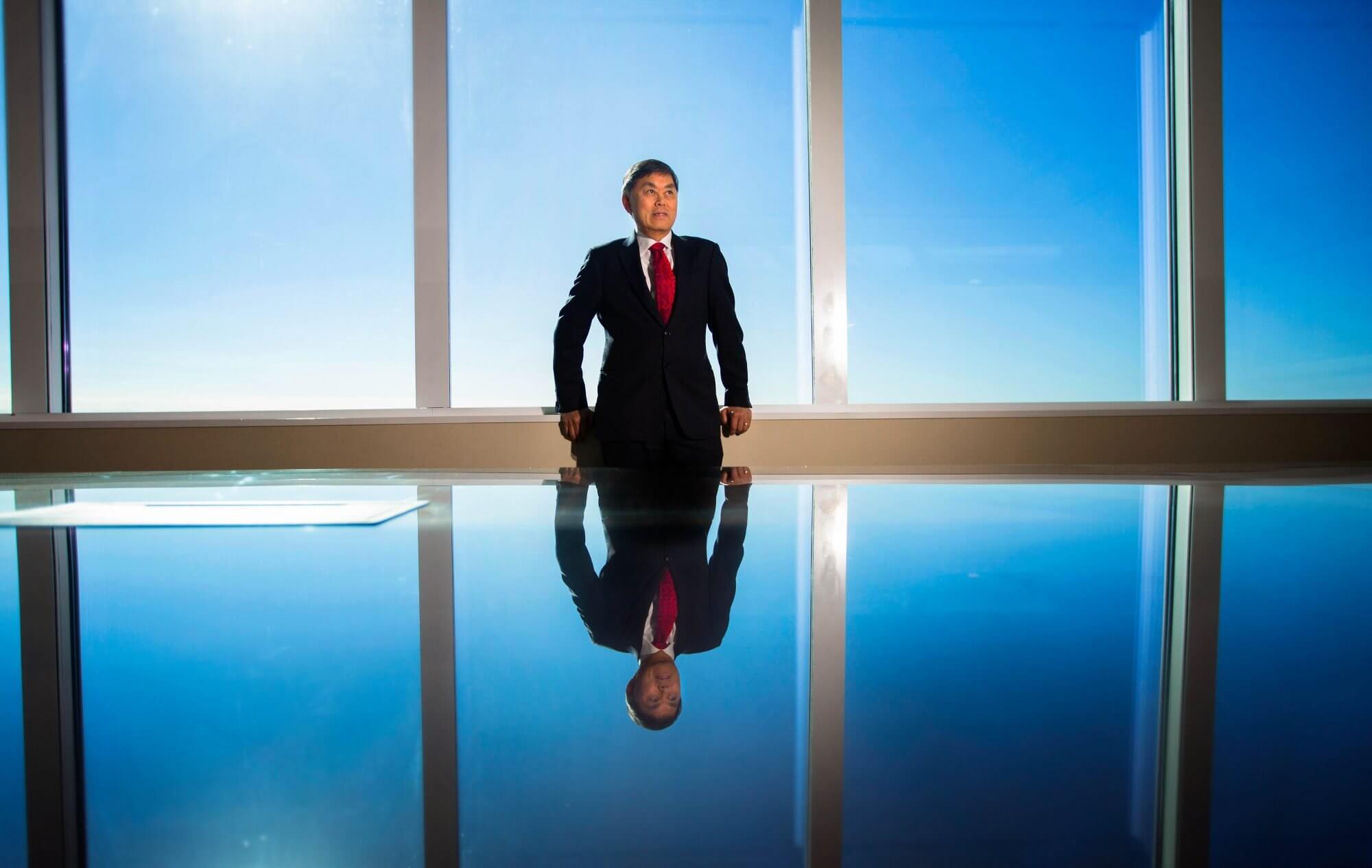 In June, BENJAMIN K. CHU, M.D., was appointed president and CEO of Memorial Hermann Health System. It’s the largest health system in southeast Texas, with 16 hospitals and more than 230 diagnostic and specialty centers. Chu spoke with Pulse about his first stethoscope, the mission of hospitals and using technology to increase access to quality health care.

Q | Where were you born and raised?
A | My parents are immigrants from Canton, China. I actually grew up in Chinatown in New York City. Just as provincial as you can get, right? I attended Stuyvesant High School, a New York City public school.

Q | What sparked your interest in health care?
A | I was 3 years old, and I had just been admitted to the hospital for a suspected case of rheumatic fever, which resulted in carditis. The treatment for this was three months of bed rest in a hospital! As you can imagine, I grew restless during my time there, but one doctor provided me with a pretty interesting and novel toy to keep me entertained—a stethoscope. The first few sounds of a heartbeat had me so hooked that it’s a bit of a surprise I didn’t become a cardiologist. Since that time, I knew I wanted to work in medicine and take care of people. Years later, I would become an internist and my work with patients remains some of the most important work I’ve ever done.

Q | What led you to the hallowed halls of Yale University, and as a psychology major, no less?
A | I needed to get out of the city, but wanted to find a university not too far away and Yale seemed like the right fit. In the beginning, I was a mixed major because I was interested in anthropology and psychology, as well as how civilizations and cultures developed. But then, I ended up doing child psychology.

Q | Beyond your experience with rheumatic fever, what led you to medical school and then to your initial work in public hospitals?
A | When you’re the child of immigrant parents, they want you to be a doctor or lawyer or some sort of professional, right? So that’s what happened to me. I was channeled. I always had it in the back of my mind that I wanted to be a doctor, so after Yale, I ended up going to New York University (NYU) School of Medicine.

Due to my heart condition as a child, I received care in the New York public hospital system and that’s where I started to develop my affinity for the mission of public hospitals. I also trained in public hospitals. I learned that in these settings there are always resource restrictions and that things don’t always run as well as one would like. But when you’re a young physician and fresh out of training, you think, ‘I can change this.’ When I would go to our medical clinic at Kings CountyHospital—the busiest ambulatory care center in the country at the time—I could not stomach how we were treating our patients. So, when I finished my chief residency there, I talked the chairman of medicine into letting me run the medical clinic. I brought on a number of young colleagues—all fresh out of training.

Q | You didn’t know what you didn’t know.
A | We didn’t know anything. (Laughs.) We just knew we wanted to provide people with access to care and treat them with respect during the care process. During that time I was part of the teaching faculty, and I led this medical clinic in a busy, busy city hospital. I did that for three years. But then, I realized that I didn’t really know anything about management. When I was promoted and became chief of ambulatory care, I definitely didn’t know enough to do that job. So, I decided I’d go back to school and get a master’s degree in public health at Columbia University. It took me three and a half years. At the same time, I had started a family and had young kids, so it was a busy time. I then realized you could only do so much in an administrative position, and that many changes that needed to happen stemmed from public policy efforts. So, I applied for and received a Robert Wood Johnson Foundation Health Policy Research Scholarship and spent a year working with U.S. Sen. Bill Bradley.

Q | How was your experience working with Sen. Bradley?
A | It was great. Being a Robert Wood Johnson Policy Fellow was exquisite. At this point, it was 1989, 1990. I learned a lot about the legislative process and Medicare and Medicaid. The Americans with Disabilities Act passed in 1990. It was a big expansion year for Medicaid. And the first Iraq war started in 1990. All those things happened and it was amazing to watch them from that federal perspective. It was a bipartisan time. I learned how to get along with everyone. When my tenure with Sen. Bradley ended, I was offered the job as medical director of New York City Health and Hospitals Corporation. 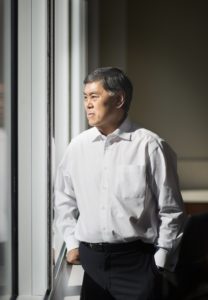 Q | What came next?
A | I worked as an associate dean at both NYU and Columbia for an eight-year period. After Michael Bloomberg was elected mayor of New York City in 2001, he offered me the job of president of NYC Health + Hospitals. It was quite a surprise for me since I had written position papers for his opponent.

Q | As president of NYC Health + Hospitals for three years, what was your main focus?
A | I was part of building and rebuilding six hospitals. We were also focused on a patient-centered ambulatory care agenda. I probably would have stayed longer, but I was called by somebody who was recruiting for the regional president role in Southern California for Kaiser Permanente, one of the nation’s largest not-for-profit health plans. When I got to Kaiser, they were still just beginning to put in electronic health records. In 2005, in Southern California, we were still film-based and paper-based. But within three years, we’d completed our conversion. I had an amazing 11-year run there. We grew from 3 million to 4.2 million members.

Q | What led you to Memorial Hermann? With your passion and interest in technology, I think you’re the perfect person for the job.
A | The constant question in my career is: How do we do a better job for our patients? When Dan Wolterman, my predecessor, called me about this job, I was at a point in my career where I just wanted to run a system. I ran a big portion of Kaiser Permanente—40 percent of the company—but it wasn’t running the entire company. I also thought it would be a great challenge. At Memorial Hermann, we are a complex system. But just because we are large and complex does not mean we cannot provide our patients with an exceptional end-to-end care experience each and every time. One of the big conundrums of health care is, we have all these fractured components that have divergent incentives. So, how do you bring everyone together? What could unify everyone? I believe the answer is simple—a focus on the patient’s care experience.

Q | How will technology play a part in evolving patient care?
A | Before this digital revolution, the tools were very archaic. We had the telephone. So follow-up often didn’t happen. We’d say to patients, ‘Here are the instructions; call me if something goes wrong.’ Now we have the ability to continuously touch our patients through technology. But the question is: How much? The most exciting thing, especially with phones and apps, is that you can break down the geographic and temporal barriers to people getting care. Doctors can now have virtual visits with patients.

Q | How do we use technology to give physicians and patients peace of mind?
A | We haven’t even begun to plumb the depths of cognitive, analytic tools. Your doctor doesn’t necessarily have to review it all. You can build in these algorithms on these virtual tools that determine the appropriate medical attention for patients and then be referred to various members of their medical team who can actually deal with the problem in the best way.

Q | Cars use technology that identifies problems before drivers are aware of them. Why can’t we apply that to health care?
A | I am confident smart technologies will develop. Not just the algorithms, but the ability to do artificial intelligence. One of the problems is that the data feeds can be voluminous. Over time, if we’re smart enough, you can begin to see where we’re going and that actually could be something that frees us up, and is better for our patients. One thing we’ve been talking about at Memorial Hermann is really focusing in on the end to-end care experience. This means focusing on the totality of that experience; if we can achieve this, we’re much more likely to get the better outcomes.