On the Side: Dian Ginsberg, M.D.

On the Side: Dian Ginsberg, M.D. 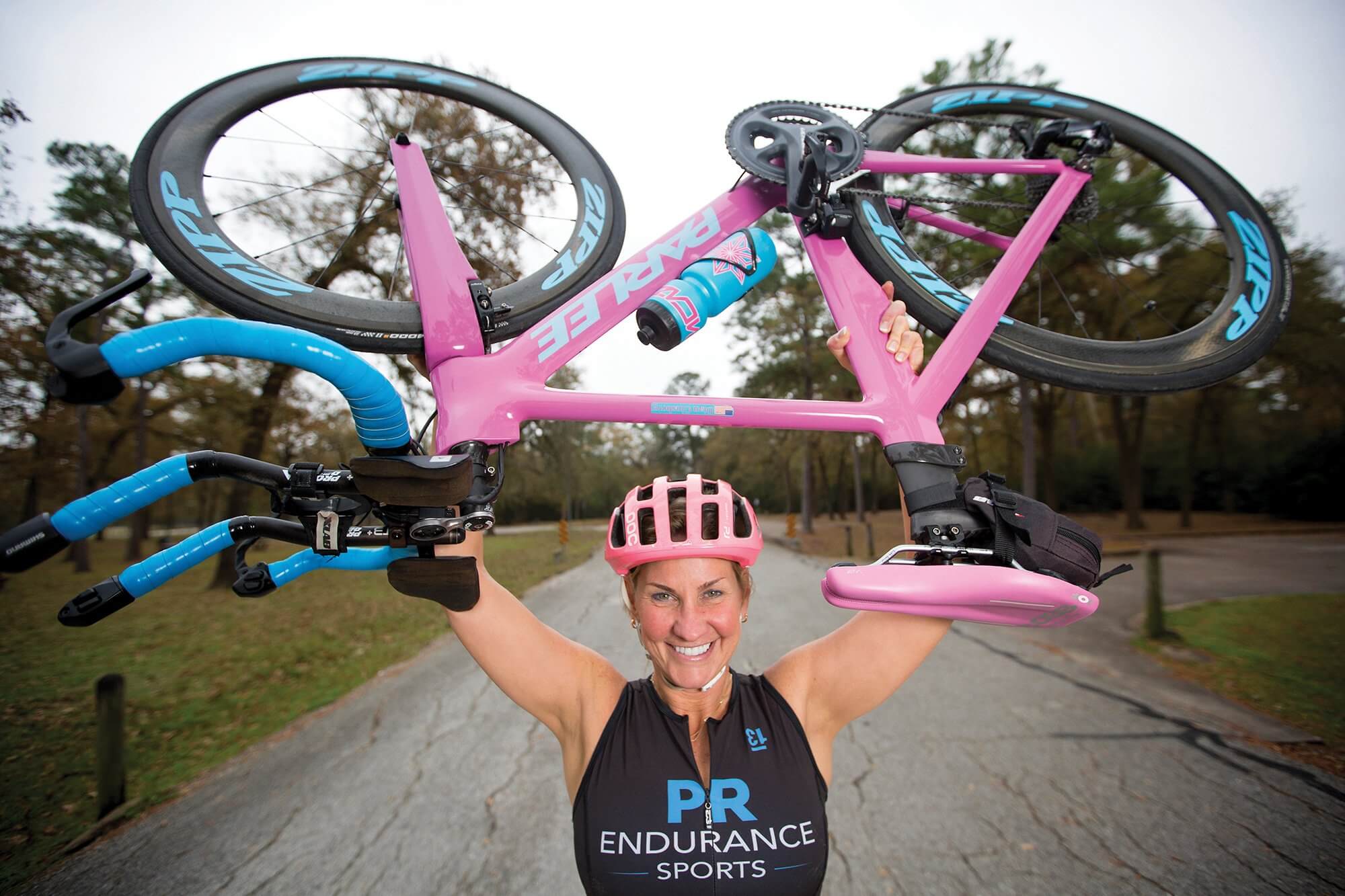 Dian Ginsberg, M.D., often rushes from seeing patients in her clinic to delivering babies in the operating room.

Staying still is not her strong suit.

The 52-year-old New Yorker and single mother of two boys is a Taekwondo black belt, IRONMAN champion, triathlete and 14-time marathon runner whose athletic accomplishments are fueled by her voracious appetite for trying new things and staying fit.

“You get to a point in your life when you’re done with med school and you’ve been practicing medicine for five years, but life can stagnate,” said Ginsberg, an obstetrician-gynecologist at Memorial Hermann Hospital – Texas Medical Center. “I think a lot of people get there, but you have to do something that’s different. You have to step into something really different.”

Ginsberg preaches what she practices. As a women’s health professional, she advocates healthy living habits and aging gracefully when she’s on the clock. Off the clock, she follows a strict fitness regimen that often inspires other women to get active.

“With races and workouts that I do, patients tell me it’s motivating because it doesn’t matter how old you get,” she said. “I can show people, show my patients: don’t complain. Just do something.”

Every Monday, Ginsberg works out for an hour in her West University home with her personal trainer; she starts at 5:30 a.m., before rounds in the OR. She does a series of intensive strength-training exercises using a $10 jump rope she bought from Academy Sports + Outdoors, a set of 15-pound barbells, a BOSU ball and ankle weights. After work, she swims laps for an hour at a nearby gym.

On Tuesdays, she spends her evenings interval training on the track at Lamar High School. On Wednesdays, she weight-lifts from 5 to 6 p.m., followed by an hour-long spin class at Angie’s House of Pain and a 1.5-mile run.

Ginsberg runs six to seven miles on Thursday mornings and caps off her week with a 12- to 22-mile run on Saturdays and a 30- to 100-mile bike ride around Memorial Park on Sundays.

It’s an exhausting weekly ritual, but it’s necessary to keep her in tip-top shape. She always wears a pair of socks with a running theme under her scrubs to remind her of her mantra: “The miracle isn’t that I finished. The miracle is that I had the courage start.” It’s a quote from marathon runner John “The Penguin” Bingham.

“It’s not just about race day,” Ginsberg said. “It’s about the motivation to train and about never giving up. It’s the road you take to get there.”

Ginsberg completed the USA Triathlon National Championships in Omaha, Nebraska, in August 2016. She continues to train in hopes of one day running the Italian Ferrari Memorial Marathon and China’s Great Wall Marathon.

Tags | dian ginsberg, on the side, ots
Advertisement