Cell-tracking agents get a boost

Cell-tracking agents get a boost 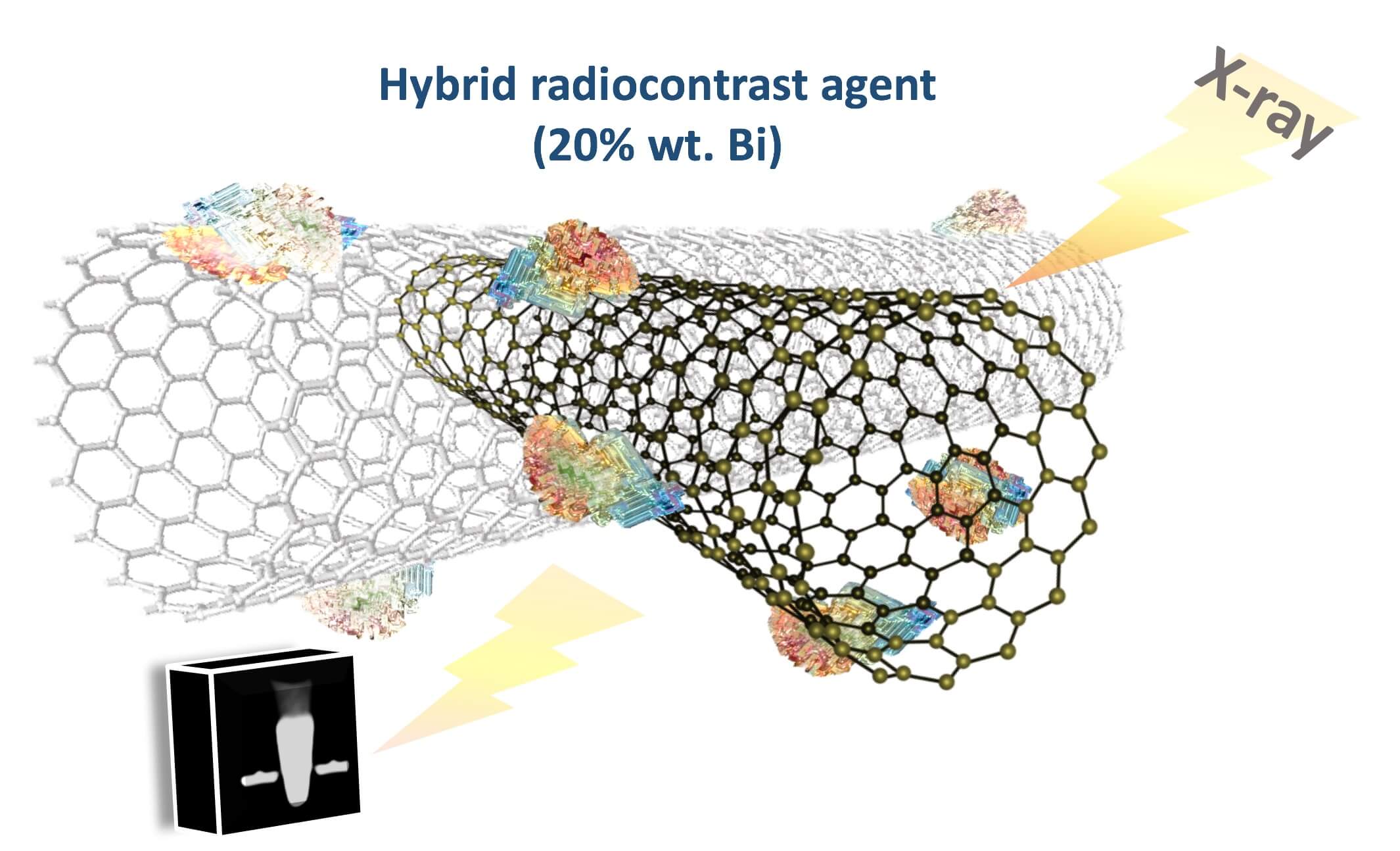 Rice University researchers have synthesized a new and greatly improved generation of contrast agents for tagging and real-time tracking of stem cells in the body.

The agent combines ultrashort carbon nanotubes and bismuth clusters that show up on X-rays taken with computed tomography (CT) scanners. The stable compound performs more than eight times better than the first-generation material introduced in 2013, according to the researchers.

“The primary application will be to track them in stem-cell therapies to see if the cells are attracted to the site of disease — for example, cancer — and in what concentration,” said Rice chemist Lon Wilson of the compound the researchers call Bi4C@US-tubes.

“Magnetic resonance imaging is currently used for that purpose and it works quite well, but X-ray technology in the clinic is much more available,” he said. “It’s faster and cheaper, and it could facilitate preclinical studies to track stem cells in vivo.”

Bismuth is used in cosmetics, pigments and pharmaceuticals, notably as the active ingredient in pink bismuth (aka Pepto-Bismol), an antacid. For this application, bismuth nanoclusters developed by the lab of Rice chemist Kenton Whitmire, a co-author of the paper, are combined with carbon nanotubes chemically treated to shorten them to between 20 and 80 nanometers and add defects to their side walls. The nanoclusters, which make up about 20 percent of the compound, appear to strongly attach to the nanotubes via these defects.

When introduced into stem cells, the treated nanotubes become easy to spot, Wilson said. “It’s very interesting to see a cell culture that is opaque to X-rays. They’re not as dark as bone (which X-rays cannot penetrate), but they’re really dark when they’re loaded with these agents.”

The compound was tested in a CT scanner at St. Luke’s Baylor Hospital, which compared the abilities of empty nanotubes, the previous generation of Bi@US-tubes and the new compound. Hounsfield units are used to measure X-ray attenuation of contrast agents. The tests found about 188 Hounsfield units for plain ultrashort nanotubes, 227 for older Bi@US-tubes and 2,178 for the latest compound. Most soft tissues fall between 30 and 100 Hounsfield units, so cells labeled with the new compound were expected to stand out.

Further testing showed the clusters hold tight to their nanotubes. The researchers detected no release of bismuth from the nanotubes tested at body temperature over 48 hours.

Wilson said it will be up to the federal Food and Drug Administration to approve the new compound for use in humans. “But we’re in a position to start preclinical studies now that we’ve determined how well we can load cells and the fact that cells are not seemingly harmed by the technology and short bursts of X-rays,” he said.

The Welch Foundation supported the research.