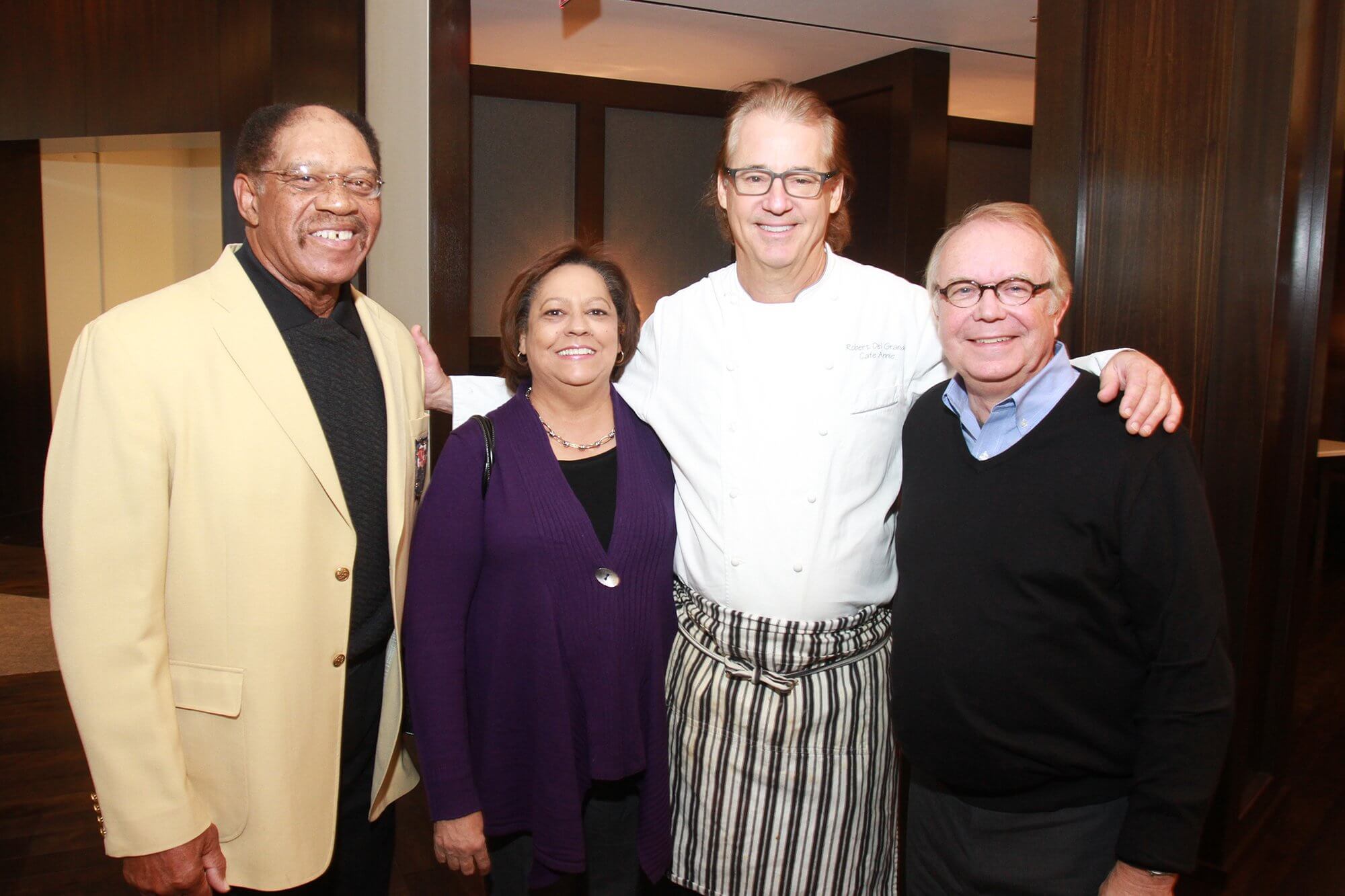 On Sunday, the Texas Medical Center welcomed guests to the first-ever Taste of the NFL preview party brunch, held at the Third Coast Restaurant. The inaugural event included dishes from Houston Chef Robert Del Grande and Jacksonville Chef Michael McKinney, as well as a dish from Third Coast’s own Chef Jon Buchanan.

Taste of the NFL was started in Minnesota to provide assistance to food banks in cities that are homes to NFL teams. The concept behind it is to pair a top chef from each city with an NFL team to prepare dishes representing each respective city.

“We started Taste of the NFL in 1992. The idea was simple—let’s get a top chef from every city where there is an NFL team and pair them with a player—current, alumni, hall of fame player,” said Wayne Kostroski, founder of Taste of the NFL. “Everyone volunteers and we’ll take 100 percent of the proceeds and donate them to hunger relief in each of the NFL cities.”

As the Texans squared off against the Jacksonville Jaguars, the Brunch Off guests were joined by pro football hall of famer and former Houston Oiler Elvin Bethea. They sampled oysters from the Gulf Coast and East Coast to honor each of the cities, as well as crab cakes before enjoying dishes prepared by each of the chefs.

“I decided to work with scrambled eggs today, and I love doing scrambled eggs. I thought about what would be something Texas. A little Mexican influence from here is something they would not do down in Jacksonville, so it would be a bit of a contrast, more of a southern cuisine style,” Del Grande said.

“This is a dish we cook in the kitchen all of the time for a breakfast family meal that always has a good feel to it, and I thought it would be a good way to bring people together. I also never get tired of this dish even after 20 or 30 years, and that says a lot,” Del Grande said.

Chef Michael McKinney of Restaurant Orsay in Jacksonville, Florida, represented the Jacksonville Jaguars on Sunday and prepared pork belly with greens and grits for Brunch Off guests to enjoy.

“Today we are doing a fresh pork belly…fresh bacon we like to call it. It’s a salt-and-sugar cure, and we are doing that with a fresh poached egg, stone ground grits and some collard greens with a little beurre rouge [red butter sauce] around the side,” McKinney said. “I like that this brunch brings together two different regions, and I like that we can bring what we do in Jacksonville to Houston. I think it really creates an interesting dynamic between dishes.”

In addition to the delicious food prepared by all three chefs, guests enjoyed mimosas, fresh pastries and an eventful game between the Texans and Jaguars. The proceeds from the brunch were also split evenly between the Jacksonville and Houston Food Banks.

“This is the first preview brunch we have ever done in 26 years, and that is certainly because of the generosity and the excitement that the Texas Medical Center and, in particular, Third Coast Restaurant is stepping up to kick this thing off right and get you all warmed up for the Super Bowl,” Kostroski said.