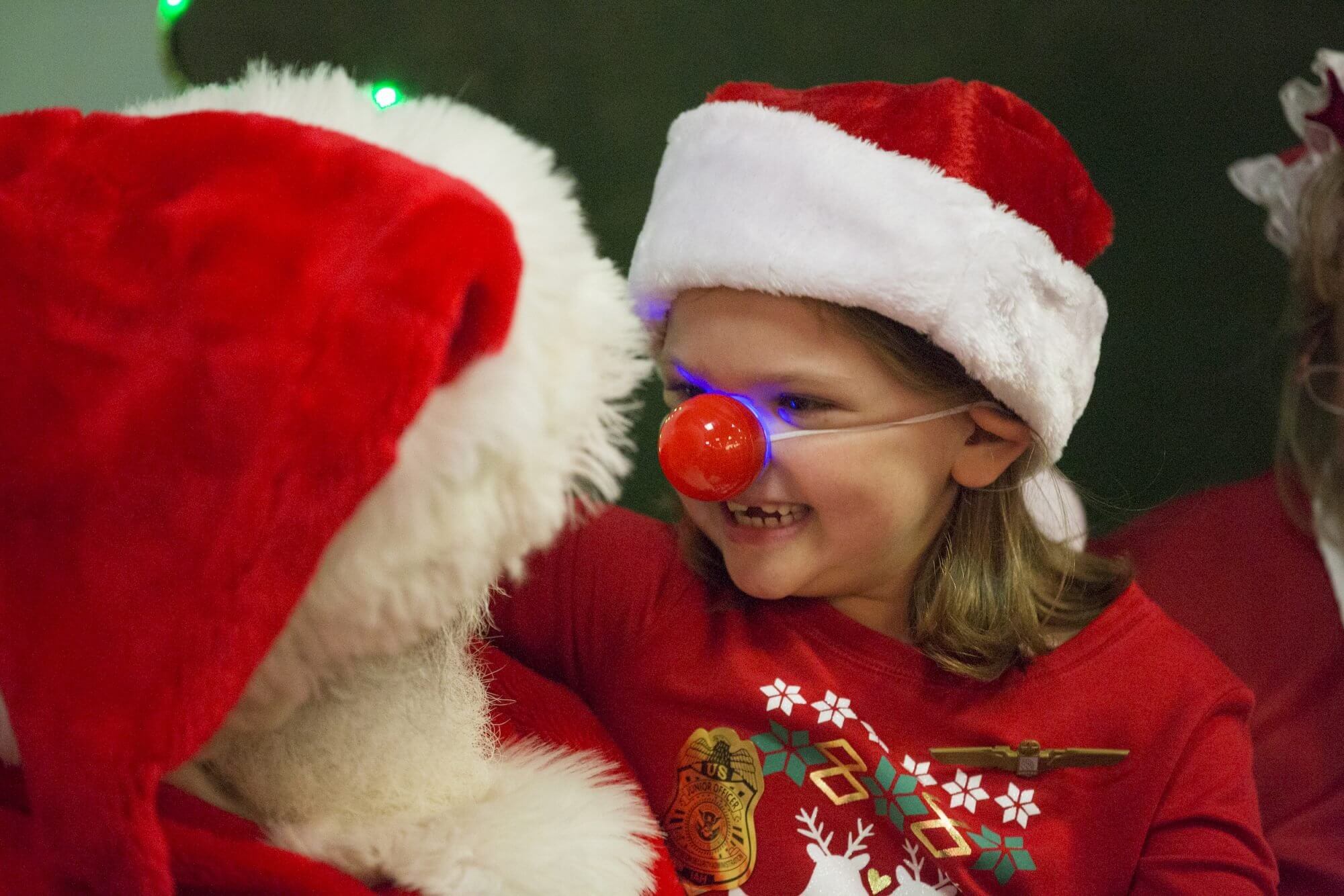 As they entered the airport, the kids were greeted with cheers from United Airlines employees and volunteers who gave them official boarding passes for their journey. Per airport protocol, the children and their families then proceeded to a security checkpoint that had been reserved just for them. Transportation Security Administration (TSA) officers sporting red noses and Santa hats then escorted the guests through security to ensure a safe flight for all.

Departure screens throughout the airport showed that the flight to the North Pole would be departing from Gate C16, and Disney princesses, Teenage Mutant Ninja Turtles, Batman, Captain America and other childhood heroes greeted the kids as they headed to the gate to board their flight.

In total, 40 children and their families were able to be on the special flight. Evie Mueller, a patient at Texas Children’s Hospital, brought her dad along with her for the trip.

“Evie is seven years old now, she was born at St. Luke’s and had heart surgery there and now we go to Texas Children’s Hospital,” said Doug Mueller, Evie’s father. “One of Evie’s therapists invited us to the fantasy flight and we have all been really excited about it.”

United flight attendants and pilots, each of whom volunteered their time to work on the flight that day, greeted the travelers as they walked through the plane, which itself was decked out in holiday decorations.

“I’ve worked for United for 23 years and this is the first time I have worked on one of the Fantasy Flights, and it is truly magical to see all of the children. It is truly an honor to be part of this,” said Nora Peek, United flight attendant.

The decades-long tradition has become something that not only the patients from children’s hospitals in the area look forward to, but also airport and United employees.

After a relatively quick trip, the travelers landed at the “North Pole,” part of the United terminal at IAH that had been completely transformed into a winter wonderland. After getting off the plane, many of the children were eagerly running to meet Santa and Mrs. Claus to tell them their Christmas wishes.

“I am really excited to see Santa and ride the plane,” Evie said.

In addition to presents from their wish lists, Walmart provided over 1,000 toys for the children and their families to take home with them. Guests were able to spend the afternoon enjoying pizza, cotton candy, donuts, ice cream sandwiches and popcorn while getting caricature pictures drawn, making bracelets and playing games.

During the month of December, United will host 11 Fantasy Flights in total throughout the United States and Guam. To follow their journey, look up #UAFantasyFlights .